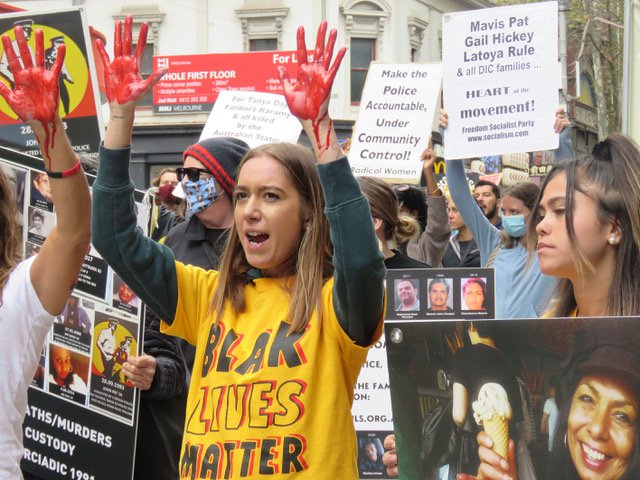 15 April 2021 was the 30th anniversary of the release of the recommendations of the Royal Commission into Aboriginal Deaths in Custody (RCIADIC). It was a busy month: movement activists hit the streets, attended community events and spoke out in the mainstream media, which, for a brief moment, asked why deaths in custody persist.  Before… Read more »

No justice, No peace Letty Scott: The story of a fighter

Letty Scott is a fighter. Her husband allegedly hung himself at Berrimah Prison in the Northern Territory on 5 July 1985. For the last decade-and-a-half, Letty has used her anger to campaign for the reopening of his case to expose the truth surrounding his death.

State Genocide of Aboriginal People Goes on: The Murray Family Fights Back

In 1981, Eddie Murray was found dead in a police cell. In 1987, two cops bashed Eddie’s sister, Anna. Eddie’s murder and Anna’s persecution have a history, and they typify what happens to Aboriginal people regularly. The persecution of the Murray family for their militancy is an effort to break them and Aboriginal fighters like them.