What reforms can stop cop brutality? This is the question activists are urgently trying to answer as the murdered bodies of unarmed victims of the police continue to mount. Pinpointing the role of cops under capitalism is one part of the puzzle. Police don’t exist to serve and protect Black, Latino or other workingclass communities…. Read more »

100TH ANNIVERSARY Everett Massacre Thanks for the excellent article on the Everett Massacre [“1916 Everett Massacre: deadly attack on Wobblies in the Pacific Northwest,” Vol. 37, No. 5]. Readers would like to know that in the 1970s the Freedom Socialist Party (FSP) invited IWW member Jack Miller and his wife Victoria to speak at the… Read more »

Turkey: a police state in the making

Turkey’s internal political divisions and its role in the turbulent Middle East remain unexplained in the mainstream media. To begin with, Prime Minister Recep Erdoğan is a right-wing politician and Muslim fundamentalist. He founded the ruling capitalist party, Justice and Development. Economic austerities imposed on Turks by neoliberal privatization policies created mounting opposition, which was… Read more »

While the election of magnate Donald Trump has put even more cops on New York City streets, an exciting campaign is growing to demand police accountability in the very same city. The diverse, multiracial Campaign for an Elected Civilian Review Board is made up of individual activists and grassroots organizations including Freedom Socialist Party, Radical… Read more »

ELECTION ANALYSIS Succinct and accurate As usual the Freedom Socialist hits the nail on the head with Andrea Bauer’s lead article in the December issue [Don’t mourn, organize! Donald J. Trump and the year of voting dangerously, Vol. 37, No. 6]. What makes her analysis so useful is not only is it right — no… Read more »

Activists and organizers from every social justice movement were stunned by the election of right-wing billionaire businessman Donald Trump. Angry demonstrations tens of thousands strong filled streets in cities and towns across the country and the world. In December the Freedom Socialist Party sponsored forums in Los Angeles, New York City, San Francisco, Seattle and… Read more »

During a moment in history when thousands of people are cascading into the streets to oppose the system, 19 state legislatures want to make doing so a crime. Panicked lawmakers, who first witnessed the public outrage after Ferguson and Standing Rock and then the Trump machine, want to ban demonstrations. And keep “disrupters” far away… Read more »

Serious federal charges and an arrest warrant have been issued against the socialist and teachers union leader, Heriberto Magariño, for his participation in last June’s election day labor and community mobilizations in Oaxaca against proposed neo-liberal educational reforms. He was jailed on June 7, 2015 with other union activists but freed the following day after… Read more » 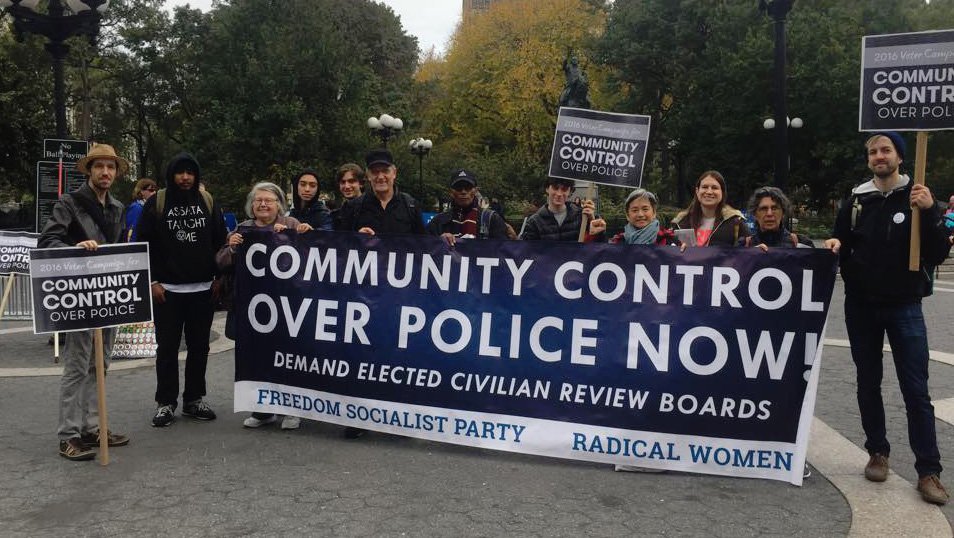