Recommendations for the NYC November 6, 2018 Elections

Dear Friend, The midterm elections are upon us, happening amid a literal storm in this country as global warming-fueled hurricanes flood the coast, thousands of migrants are forced north, another sexual abuser is appointed to the Supreme Court, and Trump tries to deny trans people’s very right to exist. The Democratic Party machine says a “Blue… Read more »

People are marching in the streets over rising rents, stagnating wages, and sexual predators on the Supreme Court. So, one could expect this year’s general election to offer some rabble rousing candidates. However, since union militant Steve Hoffman (who ran for U.S. Senate on the Freedom Socialist Party ticket) didn’t make it through the primary,… Read more »

Dear Friend, The midterm elections are taking place as we continue to see the dire effects of the Trump presidency, supported by a Congress and judiciary that are equally against the working-class majority, especially its most vulnerable members. Once again, we also see the limitations of voting under a two-party system in which both the… Read more » 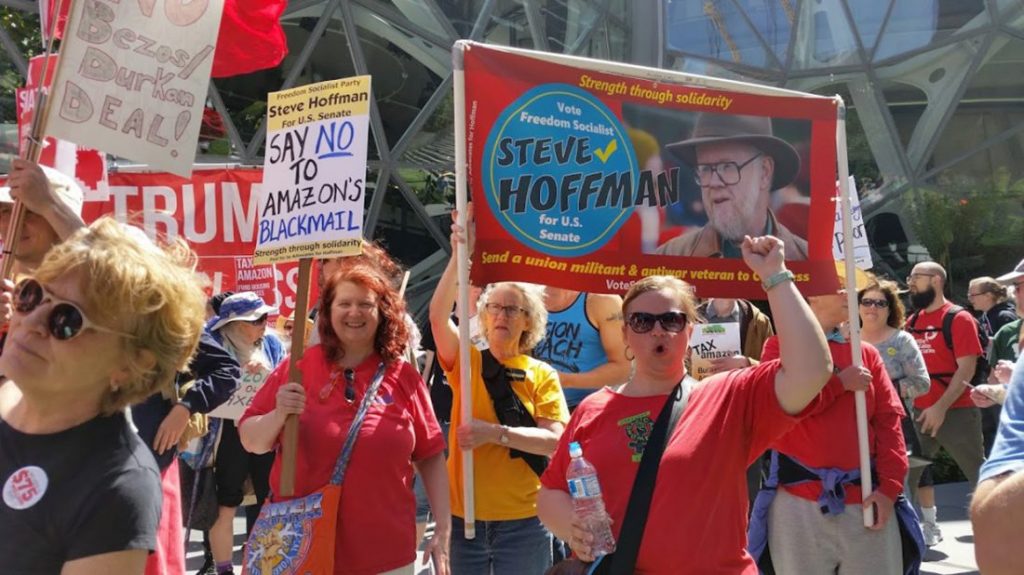 Lessons from a radical campaign

Steve Hoffman on his run for U.S. Senate from Washington state. 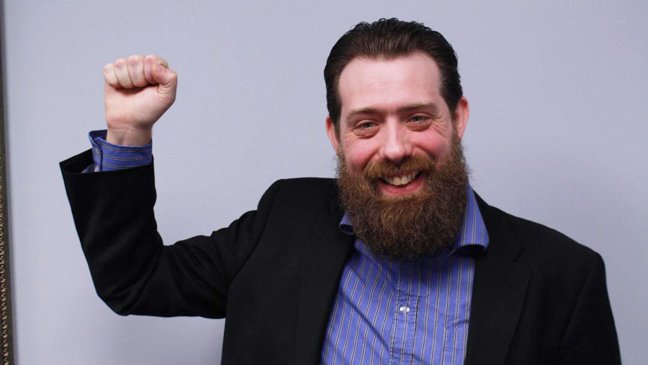 Help prevent the Connecticut Secretary of State’s office from keeping Fred Linck, the Socialist Action candidate for U.S. Senate, off the ballot. 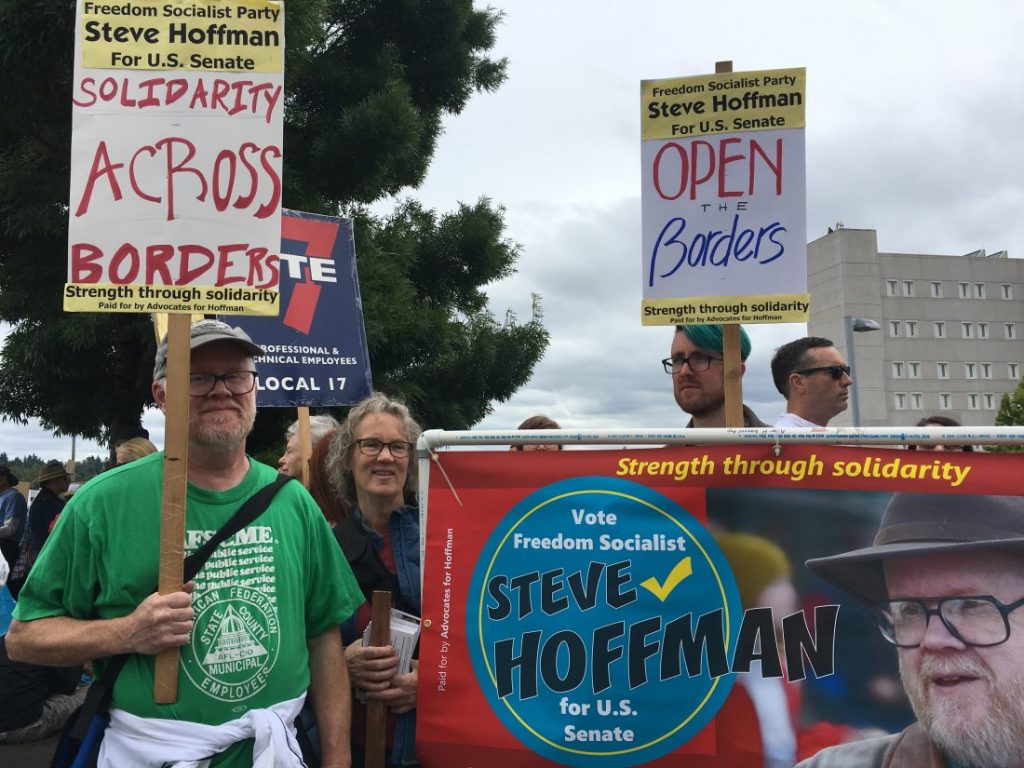 Out of the race, Senate candidate Hoffman “more motivated than ever”

Achievements of the campaign, plus the ongoing fight to defend workers and halt far-right organizing

Hoffman campaign for Senate wraps up with statewide support

Grass-roots FSP effort wins over 7,000 votes in a jam-packed field of 29 candidates. 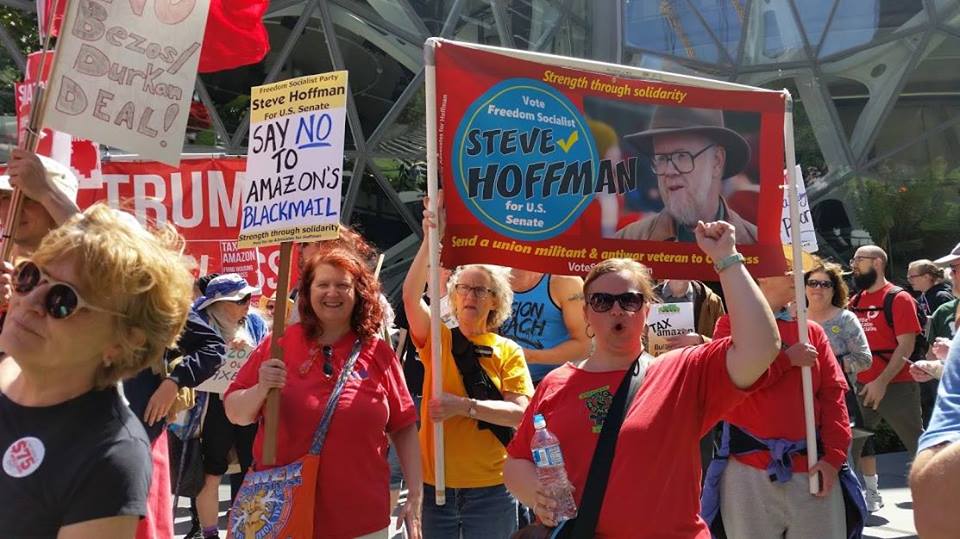 In a 29-person race, two candidates are hogging the business-media spotlight, corporate fangirl Maria Cantwell and gun-toting xenophobe Joey Gibson. The establishment press is ignoring socialist feminist Steve Hoffman, but working people and justice-seekers around the state are not! 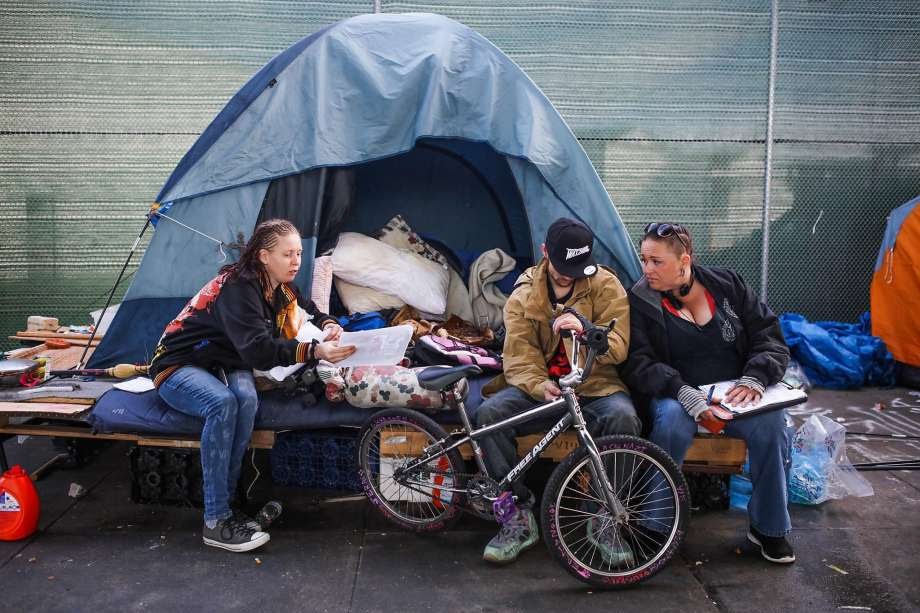 Solutions like relying on the market to solve this urgent economic and human rights problem are phony through and through. For real relief, let’s stop vilifying public housing, and expand it to meet the need!

5 reasons to vote socialist for US Senator from Washington state

From war to healthcare and all points in between, Steve Hoffman has it all over the millionaire incumbent.