Feminist scholars are beginning to emerge from the wastelands of post-modernist meaninglessness and rediscover the rich analytical tools of Marxism. This is a good thing! Books such as The Socialist Feminist Project, edited by Nancy Holmstrom, and Materialist Feminism, coedited by Rosemary Hennessy and Chrys Ingraham, recognize that “feminism that … fails to address capitalism… Read more »

How we won abortion rights

In 1970, Washington became the first and only state to legalize abortion through a popular vote, three years before Roe v. Wade. African American Attorney Nina Harding was a pioneer in the fight, which was initiated by women of color in the antipoverty programs along with Radical Women (RW) and the Freedom Socialist Party (FSP)…. Read more » 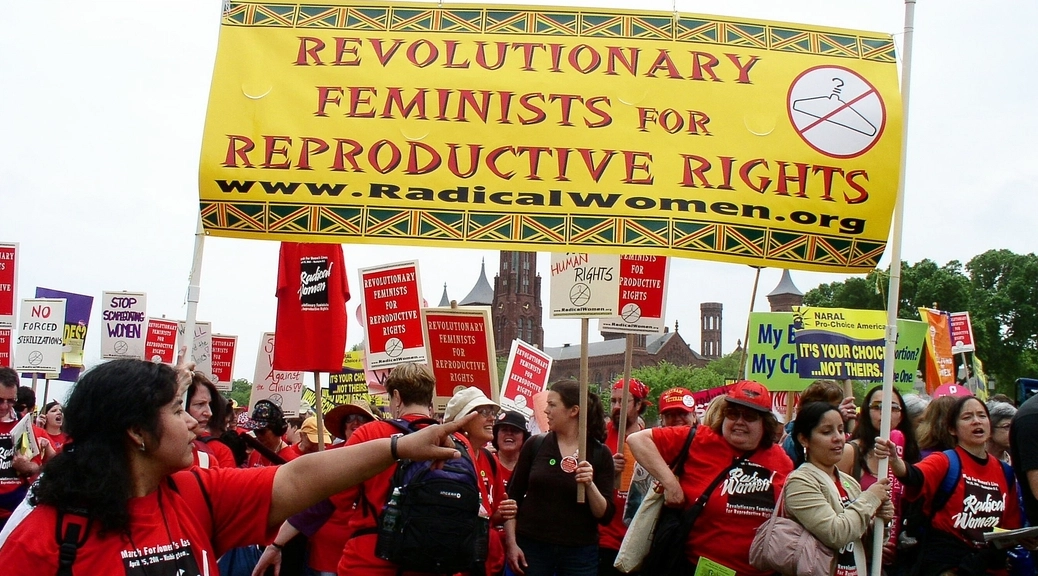 Raise hell to save abortion! Reliance on Democratic Party a proven path to failure

Written before the 2004 March for Women’s Lives, this article explains how abortion rights were won — and, with damning clarity, how they were lost.

The weekend of April 24-25, reproductive rights activists took over Washington, D.C. We were the majority in town, we were everywhere, and did we feel the power! The March for Women’s Lives on Sunday was the capital’s largest demonstration ever. Over one million people — most of them women and many under the age of… Read more »

Back to the home? Conservatives and Labor Party push “pro-family” policies on working women

Three and half decades since the women’s liberation movement blasted onto the scene, Australia is now led by the most socially conservative prime minister since the 1930s. John Howard considers women’s place to be at home, married and producing babies. He also expects mothers to plug the gaping holes in privatised and underfunded community services…. Read more »

Working women: the heart of any revolutionary movement

What follows are excerpts from a statement by Radical Women (Mujeres Radicales) in El Salvador delivered at an International Women’s Day commemoration this year on Sunday, March 7 at the Workers’ and Peasants’ School and headquarters of Mujeres Radicales in San Salvador. In the capitalist society in which we live, women are second- or third-class… Read more »

“It was an apprenticeship in class warfare”: An interview with three pioneering tradeswomen

U.S.: A new wave of voices for reproductive justice

After three decades of fighting to win, preserve and extend reproductive rights, the battle today is fiercer than ever. And it is being taken up by a new generation committed to female self- determination and all forms of social justice. Freedom Socialist reporter Helen Gilbert presents her discussions with five young women who know where… Read more »

Australia: Confronting the patriarchs of church and state