1. First and foremost, we are internationalists. We reject the notion that socialism can ever be achieved as a national project. In order to establish socialism, it must be built as a worldwide system based on a global economic plan designed to meet the needs of all human beings, not the need for corporate profit. This can only occur through forging unity and solidarity of all working women and men around the world.

Wherever dictatorships still exist, people are rising up and overthrowing them. In countries with bourgeois democratic governments, people are realizing they are insufficient and hollow democracies incapable of meeting their needs. This is because the capitalist class, its parties, and leaders impose decisions that benefit 1% of the population at the expense of the overwhelming majority. It is also becoming clear that the imperialist government of the U.S. uses wars and occupations to impose its will, as well as spies on its own citizens and those of the world, while civil liberties diminish everywhere.

We salute the revolutions in Egypt, Tunisia, Libya, and Syria, as well as the huge movements and strikes in Brazil, Chile, Peru, Colombia, Greece, Spain and other countries.

We demand the dismantling of the more than one thousand imperialist military bases around the world, whose purpose is to intimidate the local populations to prevent them from protesting the super exploitation and plundering they face.

We also demand the withdrawal of all foreign troops that currently occupy Iraq, Haiti and Afghanistan and the breaking of all military agreements that organize and arm the repressive military forces against insurgencies in our respective countries.

We stand behind the insurgents and by all those who fight for the international solidarity of the working class. We encourage them not to stop until capitalism is eradicated.

2. This Committee bases itself on the historical experience of the proletarian struggle depicted in Karl Marx’s work, in the lessons of the 1917 Russian Revolution and those of the first four congresses of the Communist International under the leadership of Vladimir Lenin and Leon Trotsky. We are also inspired by the fight of Trotsky and the Left Opposition against the bureaucratization and degeneration of the Soviet Union, in addition to the founding documents of the Fourth International. These include:

a. The Transitional Program for the Socialist Revolution;

b. The theory of Permanent Revolution;

c. The international overthrow of capitalism;

d. The democratization of unions through the workers’ struggle;

e. The relentless fight against the middle caste, i.e., against those leaders who use the unions or mass movements to their own advantage and receive privileges in exchange for the betrayal of the proletariat whom they are supposed to represent. This opportunist social layer is composed of NGO leaders, Stalinists, populists, and social democrats. In some countries, this caste has presented such a strong left face to workers and the social movements, and has won so much support, that it has succeeded in coming to state power. Examples of such countries in 2013 include Cuba, Venezuela, Ecuador, Bolivia, Nicaragua, and Brazil;

f. We support the organizing of workers in United Fronts and we oppose the creation of alliances with supposedly “progressive,” “anti-imperialist,” or “democratic” factions of bourgeois political formations that result in the loss of workingclass political independence.

3. This committee recognizes the need to stand on the front lines in defense of the most oppressed, especially women, youth, racial and sexual minorities, immigrants, and Native and Indigenous peoples. At the same time as we fight against capitalist exploitation, we also fight for the emancipation of women from all the oppression they face. The working class will not be able to summon all the force it needs against its exploiters, and socialism will not exist, without a true and real equality between men and women and women’s decisive participation in the struggle for human liberation.

The sections of the IV International must seek support among the most oppressed sectors of the working class and, therefore, among working women. In them, they will find endless sources of devotion, selflessness, and readiness to sacrifice.

4. We denounce capitalism as a force that drains workers’ strength all over the world. Moreover, because of its unbridled greed for profit, it is destroying nature and the environment — in short, all living things and their habitats. Large-scale mining is a particular danger because it destroys the environment and results in the privatization and plunder of Native people’s lands. We demand the nationalization of these mining industries under the control of the workers and the communities so that those most affected can democratically make decisions about how to exploit natural resources without harming the environment. We are also opposed to patenting and selling seeds and the gene pool of people, animals and plants for profit.

5. We defend the right of workers and peasants to bear arms in self defense against criminals, their exploiters and fascists. We condemn ultra-leftist and adventurist actions because their outcomes are often counterproductive and do not contribute to the strengthening of the working class’s confidence in its own power and in the development of its organizations of struggle.

6. We condemn the criminalization of social protest. We defend the people’s lawyer U.S. radical Lynne Stewart, currently unfairly jailed in the U.S. We also defend Alberto Patishtán, the Mexican indigenous school teacher unjustly condemned to 60 years in prison. We call for their immediate release. We also demand the release of the Cuban Five imprisoned in the U.S., jailed Puerto Rican independistas and all those held at Guantánamo Bay. We stand for the immediate closing of this imperialist base on Cuban territory.

We proclaim our solidarity with the thousands of women and men who have been kidnapped by repressive national and international agencies and whose families and comrades still have no information about their whereabouts. We say: Free All Political Prisoners!

7. We defend the rights of all immigrants and stand against the militarized wall that the North American empire is constructing along its border with Mexico. It is paradoxical and condemnable that capital crosses this border freely while human labor is prevented from doing so.

8. We oppose the privatization and degeneration of public education, healthcare and access to potable water and other vital services. We stand for public ownership, high quality and free access to all of these services. The attainment of higher education should not be based on the capacity to pay, but on the right of every woman and man to acquire the knowledge and skills to develop their human potential to the fullest. Healthcare must not be treated as a business where the right to life is treated as a privilege.

9. The socialist society we fight for will have more liberties and rights than the most democratic bourgeois republic. Under socialism there will be a multi-party system that will guarantee the right to political assembly for all those who respect the workers’ republic. Unions will be independent from the workers’ state. They will operate on the basis of workers democracy which will be the vehicle for the membership to deliberate and decide how to carry out struggles, elect and recall leaders and determine every aspect of union life, including the recall of elected leaders. Socialist democracy will prevail and guarantee the right of self-determination for oppressed nations, if they decide to exercise it. All those employed by the workers state will be subject to recall at any time and will receive wages no greater than the average worker, as occurred in the Paris Commune.

10. Workers of every country must create their own political parties in order to defend themselves and to fight for power and for socialism. Internally, these parties must be both democratic — to guarantee that all opinions are heard — and centralist — so they can lead a united fight against capitalists and opportunist leaders. They must promote the leadership of women. Only through these parties will the working class be able to effectively fight for its emancipation. The lack of such parties is today the greatest obstacle to an effective defense of workers and to the socialist revolution. It is also necessary to unite these parties in an international organization like the one that the Committee for Revolutionary International Regroupment/Comité por el Reagrupamiento International Revolucionario (CRIR) wishes to build.

We invite revolutionary organizations that agree with CRIR’s STATEMENT AND PLATFORM to join this effort and make your voice heard. Together we can plant the seeds of a new international organization based on a socialist program, solidarity, mutual respect and the tolerance of differences. 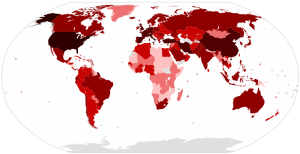 Coronavirus and capitalism: gasoline added to a burning fire

To defend workers and the oppressed facing the pandemic, the Committee for Revolutionary International Regroupment calls for solidarity and the coordination of struggles. 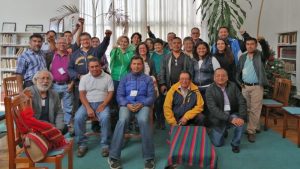 Leftists from Mexico, Argentina, Brazil and the U.S. tackle topics ranging from women's global rebellion to expanding outreach for the Committee for Revolutionary International Regroupment. 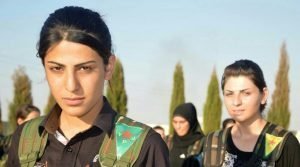 Solidarity statement of the Committee for Revolutionary International Regroupment for the Nov. 2 World Day of Support and Resistance for Rojava and the Kurdish People. 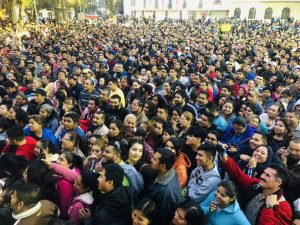 Thrilling news about border workers defying major factories and corrupt union leaders, in the most important labor struggle in Mexico in many years. 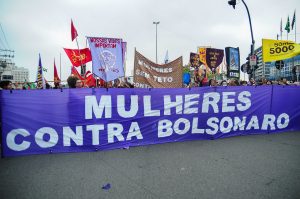 Understanding and combatting the rise of reaction in Brazil

Speech by Debbie Brennan, a Melbourne organizer against the far right. 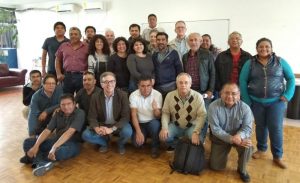 The POS Congress, joined by Trotskyists from Mexico, Argentina and the U.S., discussed Trump’s presidency and addressed sexual abuse within left groups. 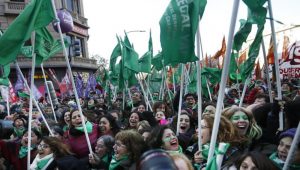 Argentina: Now is the time to demand safe, legal and free abortions 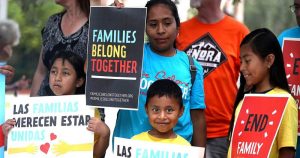 Stop Trump’s violence against refugees and their children! Open the borders!

A call to unite and mobilize to end the racist, xenophobic policy of the Trump government, which represents a real danger to the most basic freedoms and civil rights.

In Brazil: Who killed Marielle and Anderson?

A statement from the Committee for Revolutionary International Regroupment on the assassination of a socialist, Rio de Janeiro councilmember. 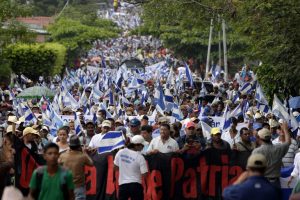 Revolt in Nicaragua: We oppose the Ortega regime and stand with the workers

Statement by the Committee for Revolutionary International Regroupment defends the massive rebellion of workers and students in Nicaragua.

Corruption: Part and parcel of the capitalist system

A contribution from the Partido Obrero Socialista of Mexico about an international scourge. 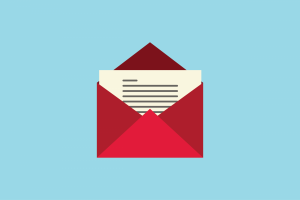 Letters to the editor – February 2018

Readers respond to ... The meeting of the Committee for International Revolutionary Regroupment; anti-Nazi fightback; tribute to Frank Little; and more.

CRIR Statement on Protests in Honduras and Argentina

In recent weeks, the peoples of Honduras and Argentina have shaken the foundations of capitalism in each of their countries.

Trotskyist groups from five countries in the Americas meet to discuss burning issues and lay plans. 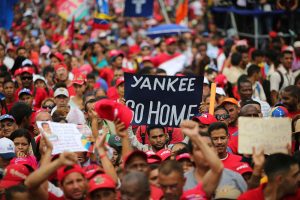 In August, the Committee for Revolutionary International Regroupment (CRIR) met in Mexico City to discuss key international issues with participants from Mexico, the U.S., Argentina, Costa Rica, and the Dominican Republic. The crisis in Venezuela

Comrades : Corriente Socialista Revolucionaria, El Topo Obrero and Opción Obrera Caracas, Venezuela We stand in solidarity with your call to all socialist, workingclass and revolutionary organizations in Venezuela to participate in the Conference of

To mark the one-year anniversary of Nestora Salgado’s arrest, spirited protests were held on Aug. 21 this year in Mexico, across Latin America, in Australia, and in the United States. Hundreds of people came out

In Argentina: Now is the time to demand safe, legal and free abortions

Stop trump’s violence against refugees and their children! open the borders!

Revolt in Nicaragua: We oppose the Ortega regime and stand with the workers

End repression and militarization in Mexico

Who killed Marielle and Anderson?

Corruption: Part and parcel of the capitalist system

Letters to the editor – Mexican Radicals

CRIR Statement on Protests in Honduras and Argentina

Freedom Socialist Party 2014 Convention — A world to win, a planet to save

Share with your friends
Submit
Why Socialist Feminism?
F.A.Q.
Donate
Radical Women
A revolutionary future is possible.
Help us build it. Join FSP