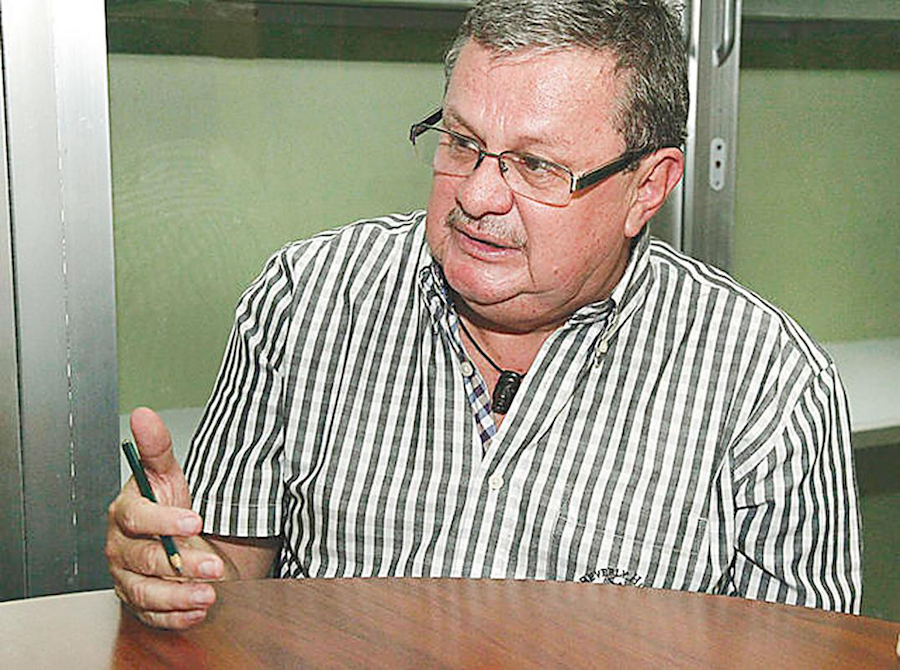 Orlando Barrantes has dedicated his life to improving the conditions of poor and working people in Costa Rica. For many years he was the General Secretary of the National Council of Banana Workers (CONATRAB) and is currently a leader of the Movement of Workers and Campesinos (MTC). Now he faces a long prison term precisely for this work.

In September, Barrantes was convicted on bogus kidnapping charges, 15 years old, based on perjured testimony and doctored evidence. In response to the sentence, major demonstrations erupted in Costa Rica, and the Committee to Free Orlando Barrantes and Defend Democratic Rights was formed. These events forced Barrantes’ eventual release from a “preventive detention” under horrible conditions, in which he was held in a darkened and crowded cell with no bathroom facilities, endangering his health. He suffers from diabetes and high blood pressure.

But his release was only a temporary reprieve. Now there is a clear need to shine an international spotlight on the government’s egregious prosecution of the case. The Freedom Socialist Party is supporting an international defense campaign to expose this travesty and clear Barrantes of all charges. 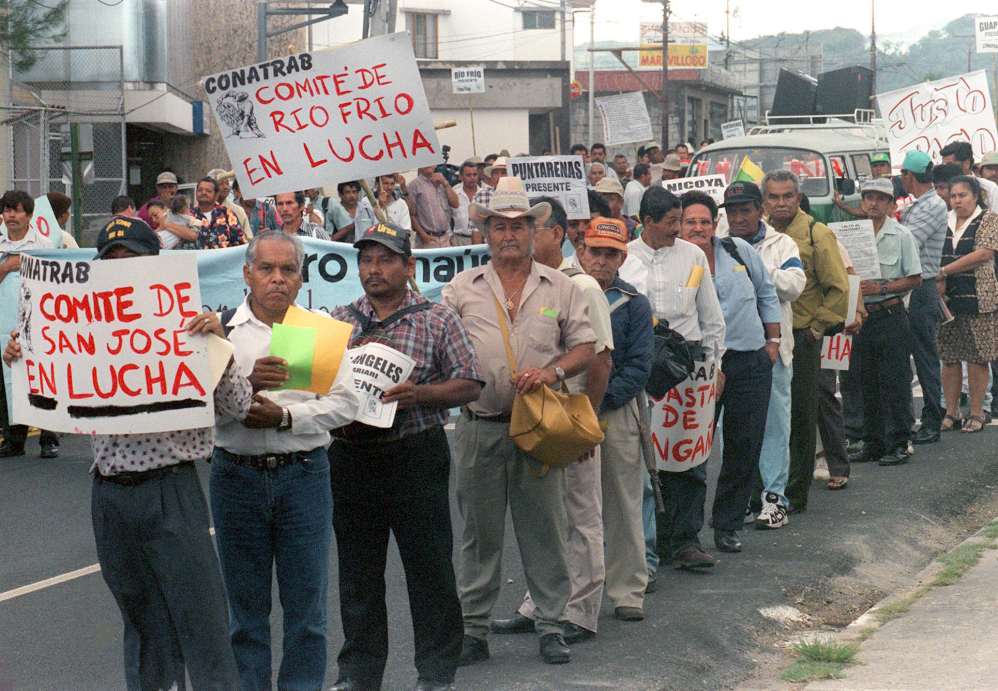 In February 2000, San José workers protest the use of the harmful pesticide Nemagon. Teresita Chavarría / AFP

Blatantly innocent. Even though they won two acquittals, Barrantes and his co-defendant, Iván Ángulo, found themselves hauled into retrials half a dozen times until the state got the verdict and sentence it wanted — 12 years in prison, to begin in March 2016.

The charges were based on events that occurred in December 2000. Riot police violently and without warning attacked a peaceful demonstration of unionized banana workers and landless campesinos seeking redress for being poisoned by exposure to the highly toxic pesticide Nemagon. Protestors put up a valiant seven-hour fight and finally forced a retreat by the police. Four officers left behind were detained by demonstrators, held for several hours, and released unharmed. Ángulo actually was summoned to the scene to help negotiate the release. Barrantes was not involved at all, as confirmed by several witnesses, including two of the detained officers and one of the government’s other witnesses. In fact, he was more than three kilometers away from the confrontation, and knew nothing about the spontaneous action.

The Costa Rican government’s persecution of Barrantes demonstrates the increasing criminalization of political and social protest, including opposition to the Central American Free Trade Agreement (CAFTA). Barrantes has been an outspoken critic of CAFTA because it has given impetus to the dismantling of social service programs and privatization of publicly owned — and heavily unionized — electrical, telecommunications, and health care industries.

As the head of the CONATRAB union, he assisted agricultural workers in bringing over 1,600 suits in U.S. courts against the companies which produce Nemagon, as well as the multinational corporations who used it, like United Fruit Company and Chiquita Brand. Banana workers were forced to apply it without protection, even though it has been banned in the U.S. and other countries. It is known to cause cancers, sterility, spontaneous abortions and birth defects. 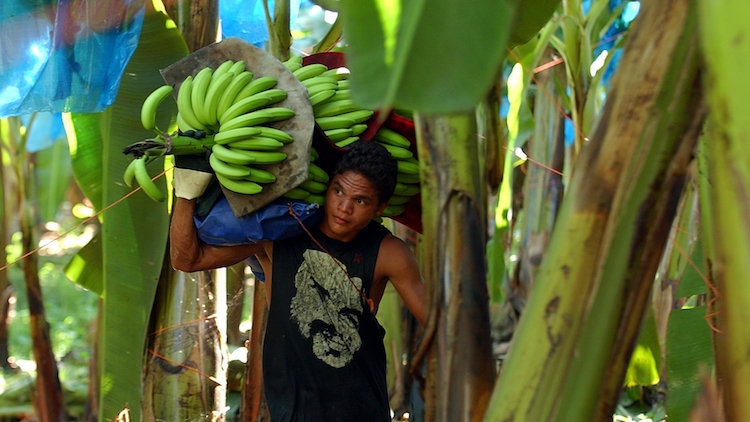 Costa Rican worker harvests bananas. Much of the crop is exported to the U.S. Photo: Kent Gilbert / AP

International solidarity vital. Back in 2007, Barrantes was at the center of a fierce fight against CAFTA in Costa Rica. This writer and other activists brought a resolution to the American Federation of State, County and Municipal Employees, Local 304, which then spearheaded an anti-CAFTA solidarity campaign. Several large U.S. labor federations and AFL-CIO President John Sweeney sent letters to Costa Rica’s president protesting retaliation against anti-CAFTA organizers and unionists, including Barrantes.

The latest attack and threat to the survival of Orlando Barrantes requires concerted action again. Thousands of people have signed letters and petitions of protest in the U.S., Mexico and the Dominican Republic. A sample letter is available here. Current signers include the Washington State Labor Council, which has more than 400,000 affiliated members; United Public Workers for Action of San Francisco, Rosie’s Machinists Caucus of International Association of Machinists, Local 751, Organized Workers for Labor Solidarity of Seattle, and Retired Public Employees Council Chapter 3.

Please take this issue to unions and other labor and community organizations and individuals. International solidarity will be key to stopping this vendetta against those who stand up to multi-national corporations and defend workers’ rights.