It’s a midterm election year in the U.S., whose president seems to be a cross between the Red Queen (“Off with their heads!”) and Mad King George (“A traitor is everyone who does not agree with me”). That makes it a good time to take a look at George Novack’s Democracy and Revolution, an examination of what’s true and false about the capitalist system’s claims of democracy — including how and why fascism enters the picture.

Here are a few pertinent excerpts from this excellent book by an astute Marxist thinker and leader in the Socialist Workers Party, the first and once foremost U.S. Trotskyist organization.

The bourgeois-democratic ideology has been permeated with mysticism from its birth, owing to the glaring discrepancies between its pretensions of equality and the persistence of inequalities on all levels of social life. That false consciousness is encapsulated in its unscientific notion of the classless democratic regime. This key conception of the liberal school is a fraud and a fiction. All the historical forms of political democracy have had a multiclass basis and been dominated by some ruling class. … But the bourgeois democrats refuse to acknowledge that the capitalist minority exercises its social dictatorship behind the screen of a formal equality.

The Evolution of Parliamentarism

Parliamentarism has been the standard type of democratic rule in the most highly developed capitalisms. [“Parliamentarism” meaning the representation of the people in government through a legislature.] This system crowned the historical process by which bourgeois forces reconstructed the old order from its economic foundations to its forms of governing.

… Liberal supporters of capitalism esteem this kind of government as the supreme expression of self-rule. They believe that progressive mankind cannot pass beyond this peak of perfection in the fulfillment of democracy. However, a critical examination of the origins, evolution and chief characteristics of this institution does not confirm such a one-sided evaluation. Parliamentarism has been — and remains — an instrument of capitalist control which shares both the merits and faults of this phase of class society.

Every state, whether democratic or autocratic, maintains its rule in two ways: through its organized instruments of repression (the army, police, paramilitary forces, courts, prisons, assassination of opponents, exile) and through the spiritual, moral and ideological influences emanating from the ruling class. The bourgeois-democratic regime is distinguished from more restrictive forms of government by the extent of its reliance through indoctrination through the church, family, educational institutions, the communication media and artistic and cultural channels. Its perpetuation depends in no small measure upon the ability of the capitalists to retain the faith of the masses in the merits of their regime.

… Liberal ideology fares best in fair weather. Bourgeois democracy enters into crisis whenever the relations between the contending class forces are severely strained and the hold of its illusions upon the minds of the dissident strata of its citizens is loosened. As the vicissitudes of the system and the shocks of class conflict strip the political structure of the mystical veils which obscure the realities of capitalist domination, pure liberalism is soon beset from the right by Bonapartist, clerical-reactionary or fascist contestants, or from the left by socialist forces. The ensuing furious confrontation of ideologies and tendencies is a telltale sign that the authority of liberalism is on the wane.

… The most serene period of bourgeois democracy was bound up with the vigorous flourishing of world capitalism which lasted until the First World War and the Russian Revolution. The weakening of its supports has coincided with the evaporation of confidence in bourgeois authority and the intensification of class conflict rooted in the economic development of the system. Whereas competitive capitalism and the alignment of class forces within it fostered the expansion of democracy in the richest countries, the advent of the monopolist stage has led to its contraction and corroded the symbiosis of capitalism with democracy that was established at an earlier stage.

… A representative democracy is alien to the economic tendencies of corporate capitalism. The advent of monopoly rule not only halts the extension of new freedoms but also brings about the contraction of already acquired rights of the people. Imperialism accentuates the contradiction, which existed from the first, between the coexistence of the power, profiteering and property of the capitalist rulers and political democracy. It inescapably fosters antidemocratic forces and trends because the heightened centralization of command, required by the operations of big business in both production and political life, conflicts with the dispersion of power among the voters and parties on which the parliamentary system rests.

The movement to the right, away from the parliamentary regime, can assume diverse forms. These reactionary replacements range from Bonapartism [rule by a “strong man” adopting the pretense of being above class conflict –ed.] through unconcealed military dictatorship to fascism.

… Fascism spearheads a political counterrevolution. It thoroughly extirpates all institutions of both bourgeois and proletarian democracy and all independent forces. It binds the masses hand and foot, gags them, atomizes the working class and thrusts the nation into a totalitarian straitjacket.

… Fascism differs in one decisively important respect from other political expressions of reaction. It is a mass movement based upon the activity of a particular social force, the dispossessed and despairing petty bourgeoisie [middle class]. … Unlike Bonapartist and military dictatorships which are imposed from above, the fascist movement surges up from below.

… What gives fascism its big opportunity is not primarily its ideas or program, its mass strength, its pugnacity or the behind-the-scenes backing of big business. It is above all the default of the proletariat and its organizations. It is a historical law, Trotsky observed in the last article of his life, that “fascism was able to conquer only in those countries where the conservative labor parties prevented the proletariat from utilizing the revolutionary situation and seizing power.”

… The grim experience of the first large-scale coming of fascism teaches that, in times of crisis, the workers must go ahead to win power in struggle against the capitalists for socialism first — or else the fascists will, with the aid of big business and the disillusioned middle classes, be lifted into the driver’s seat, where their state can ride ruthlessly over the prostrate bodies of the working class.

It also teaches the folly of relying upon any alliance with the leaders of bourgeois liberalism to stop the fascists. Confronted with the offensive of ultrareaction, the liberals and reformists either prefer to conciliate and negotiate with the fascists or are powerless to combat them.

… The capitalist class, which originally made use of the monarchy to further its economic interests and then adapted to parliamentary democracy, is more and more impelled in its twilight years to resort to authoritarian methods of rule to save its property and power from confiscation. Yet, through all the substitutions of one political regime for another, the economic foundation of its rule in the private ownership of the means of production persists. That is why the principal objective of the socialist movement in its struggle for democracy is the expropriation of the capitalist owners.

FSP demands an end to the U.S. blockade and intervention against Cuba while supporting the right of Cubans to protest for survival needs 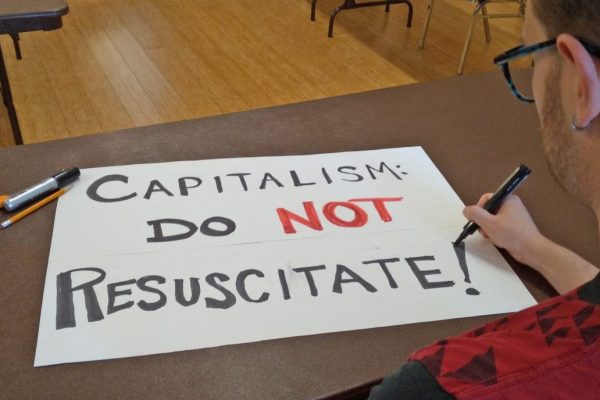 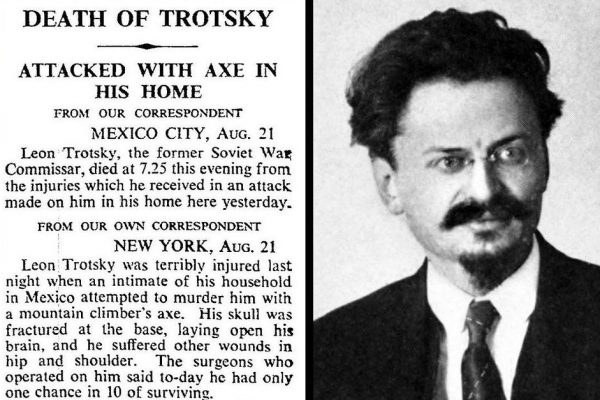