It’s probably safe to say that everyone in the U.S. today recognizes we are beset by multiple crises — whatever their thoughts are about why and what to do about it. For Black people and others of color, these are inescapable crises, up-front and personal.

Most people of color are working-class, like the vast majority of U.S. residents and in fact the world’s population. To survive, they sell their ability to labor to someone else. But every economic, social, and even medical blow dealt to workers hits people of color first and hardest. This is especially the case for women, immigrants, and LGBTQ+ people of color and for indigenous people.

This is true of police violence. It is true of the coronavirus. And it is true of the layoffs, attacks on labor rights and conditions, and union-busting that will be the ruling-class answer to the economic emergency. For these reasons, the only sensible and effective working-class answer is a united, multi-racial, radical movement that prioritizes the concerns and grass-roots leadership of Black people and others who are specially oppressed.

Racist brutality and class exploitation. Cops are the physical guardians of the class status quo. Racism is essential to maintaining that status quo, because, like sexism, it delivers super-profits and divides workers.

Police abuse against Black people is a national scandal that this year sparked militant protest across the country and the world after the murder of George Floyd. As of Sept. 6, 2020, cops had killed 781 people. Twenty-eight percent of those who died have been Black, despite Blacks being only 13 percent of the population. Only 12 days have gone by so far this year without the police ending someone’s life.

The modern police force grew out of armed slave patrols in the South and strikebreakers in the North. It continues today in service of the “haves” against the have-nots: repressing people of color, putting down strikes, teargassing and smoke-bombing protesters, protecting fascists and near-fascists at demonstrations, enforcing home evictions, etc.

Uprisings against police violence are a prime example of how fighting to end the evils of racism goes hand in hand with resisting the assault on all working people. Another example of how anti-racist demands expand into confrontation with the whole system is unfolding in the effort to defeat the capitalist bid to save itself on the backs of workers and poor people.

New York City Mayor Bill de Blasio is threatening to cut 22,000 municipal jobs. Most of the workers facing layoff are the essential, front-line employees who kept the city running during the worst of the devastating pandemic. And Black, Latinx, and Asian American people make up more than 70 percent of the city’s essential workers — in areas like transit, childcare, healthcare, sanitation, and the post office.

As the hammer of austerity falls, public workers of color will be doubly impacted, through job cuts and the loss of the services these jobs provide — which millions of other working people rely on as well. Few workers drive a Lexus to work or enroll their children in expensive private academies; many use public transit, most send their kids to public schools and depend on public garbage collection, and so on.

The crucial role of unions. The public jobs that people of color, women, and immigrants are concentrated in are much more highly unionized than jobs in the private sector. This means that laying off thousands or millions of government employees is another way to weaken organized labor.

This should give union leaders a strong incentive to fight! But top union officials essentially have a longstanding pact with the Democratic Party to not get too radical, so it is up to the rank and file to take a stand and push their leadership to do the same. Some union members around the country are already doing this.

Sports teams with the National Basketball Players Association held a wildcat strike to protest cop killings after the shooting of Jacob Blake, spurring other athletes to do the same. Library employees in Multnomah County, Oregon, are among the groups of workers who have rallied against layoffs. In Seattle, transit employees mobilized in a multi-part campaign this year for protections against Covid-19 exposure and against workplace racism and looming layoffs and wage freezes.

Although the labor movement is much reduced in numbers and militancy, it is still the place where workers have the potential to exert the most strength. What is needed to realize this potential is for the rank and file to press for democracy within each union, locally and nationally. Members themselves must be able to steer the union’s course through regular meetings and votes — online as necessary — and the forming of caucuses.

What to fight for and how to win. To make a difference to the lives of workers of color and all workers, these are things the working-class movement could do:

What kind of movement is required to achieve all this?

One in which unions and community groups work together on issues like taxing the wealthy.

One where the struggles of employed and unemployed workers are joined through linked demands and joint committees and actions.

One that knows the importance of disciplined mass action.

And one that forms community and labor self-defense squads to prevent police and right-wing violence against protesters and strikers.

Workers, especially those who are most abused and marginalized, know that today is a point of no return, from racism and economic crisis all the way to climate change. We are in a fight for our lives, and we can only win it together — with a democratic, radical, multi-racial counter-assault on the deadly profit system that is the source of our mutual oppression and exploitation. 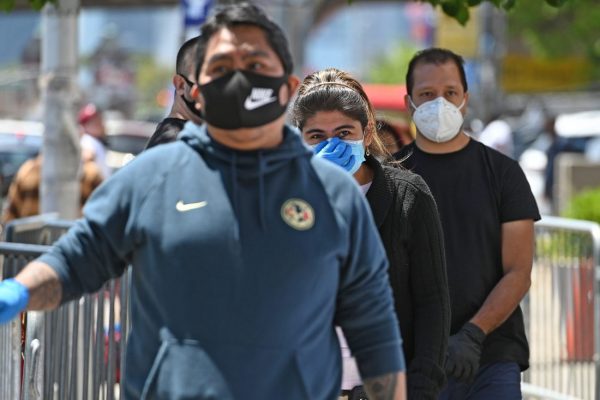