“In 1978, I raised a resolution for the county labor council to oppose a homophobic initiative that would have removed LGBTQ protections from the Seattle Fair Employment and Open Housing ordinances. One delegate immediately threatened to beat me up. Then a shipyard worker jumped in to say he might not agree with everything I said, but he’d defend my right to say it, and that the other guy would have to go through him to get to me,” Fred Hyde remembers. “After a few years, the council endorsed yearly Gay Pride marches as a matter of course.”

Today’s young rebels can take heart and learn many a lesson from the life and times of freedom fighter Fred Hyde.

Hyde is a baby boomer who never abandoned the values of the 1960s and ’70s movements for racial justice, women’s and LGBTQ+ rights, and economic as well as political democracy. He marched for environmental justice and against imperial wars. And he’s still going, despite being diagnosed with Parkinson’s disease in 2007.

A revolutionary’s road. The son of an Oregon rancher, he was a child of relative privilege. “But I was born with cerebral palsy,” he says. “My disability led me to identify with oppressed people. Seeing the way Native American and Black schoolmates were treated sensitized me to racism and poverty.”

Hyde attended Yale University in the turbulent years of 1968-72. He participated in the massive 1969 March on Washington against the Vietnam War. In 1970, he joined the legions of protesters who came to New Haven to defend Black Panther Party leaders Ericka Huggins and Bobby Seale, on trial, then acquitted of murder. He studied Marxist theory on his junior year abroad in Germany.

Hyde went to law school in Seattle at the University of Washington. He soon met the Staff Rights Organizing Committee (SROC), which was fighting a discriminatory staff reclassification scheme to raise top salaries while lowering wages of the mostly people of color and women at the bottom. The fight led in 1973 to the first strike in university history, and the formation of United Workers Union–Independent. This union fought for the low paid workers that established campus unions had ignored.

Besides walking picket lines, Hyde worked at a progressive law collective that he introduced to SROC, which needed legal help. The Freedom Socialist Party (FSP) was deeply involved and provided guidance in this fight, and he knew this was the revolutionary group for him.

The union supported the celebrated political, race and sex discrimination case of Rosa Morales against her Chicano Studies boss, a former CIA agent. Fred Hyde was one of her lawyers.

A socialist feminist in the house of labor. After law school, Hyde was hired as a state hearing examiner for unemployment benefit appeals and joined the Washington Federation of State Employees. He organized coworkers into the union, advocated for lower paid colleagues, and was a Local 435 delegate to the Martin Luther King Jr. County Labor Council.

On the council, he was initially criticized, but later won respect for building union support for abortion and LGBTQ+ rights, and the right to be radical in the labor movement and on the job.

He worked with the Coalition of Black Trade Unionists to fight for workers of color. He collaborated with rank-and-file unionists to win labor support for Latin American workers’ struggles. He organized for a U.S. labor party in the 1990s. He was co-chair with Gabriel Prawl of the Puget Sound contingent of the 2004 Million Worker March to Washington, D.C., a heroic Black-led effort for labor independence from the Democrats and defense of all workers — union or not.

Prawl, president of International Longshore and Warehouse Union Local 52 and Seattle chapter president of the A. Philip Randolph Institute, observes, “Fred speaks straight up how he feels. He’s got integrity and heart. He’s one of those kinds of fighters who take on the enemy any way possible.”

Hyde has also worked on many successful cases defending the right to be socialist. He represented Radical Women member Teri Bach in a custody case brought by her ex-husband, who argued that she was an unfit mother because she was a socialist feminist. Hyde assisted on FSP founder Clara Fraser’s landmark sex and political ideology discrimination case against Seattle City Light.

He was both lawyer and defendant in the Freeway Hall Case. Supposedly over a political donation, the case was a pretext for an anti-communist assault on privacy rights. The plaintiff demanded FSP membership lists, contributors’ names, meeting minutes and financial records. At one point, Clara Fraser and lawyer codefendants Val Carlson and Hyde were held in contempt and sentenced to jail for refusing to turn over records. They succeeded in getting the ruling overturned.

Radical lawyer. Essential to all these cases was the political approach to the law, reaching out for union and community defense. Hyde observes, “FSP changed the whole political climate by showing the broad implications of its cases and building wide support. I’ll never forget getting a standing ovation at a Washington State Labor Council convention for our victory in the Freeway Hall Case! Organized labor has a huge stake in protecting the privacy of its members.”

Over the years, some prominent employers, including Boeing, Greyhound, and Seattle City Light, who lost unemployment cases before Hyde, tried to get him disciplined for his political activism. His decisions were rarely reversed.

Another business owner, incensed at Hyde’s ruling that a trans woman’s firing had been discriminatory, sued to overturn the decision on the grounds that Hyde was a socialist. The owner hired Pinkerton agents to investigate him and shared his FBI file with his boss. Hyde’s victory broke new ground by ruling that administrative law judges have the same protections from harassment as other judges. The employer was fined $35,000 for bringing a frivolous suit!

Today’s radicals can learn much from Hyde’s rich history of comradeship and solidarity with workers, especially those who need it most.  On the way, he has touched the lives of many.

One of his warmest memories is from his retirement party. “My coworkers performed a skit enacting a spirited picket line, with signs and chants of ‘Hell no, Fred can’t go!’ and ‘Retire imperialism, not Fred!’” Inspiring such love and respect is the sure sign of a life well lived. 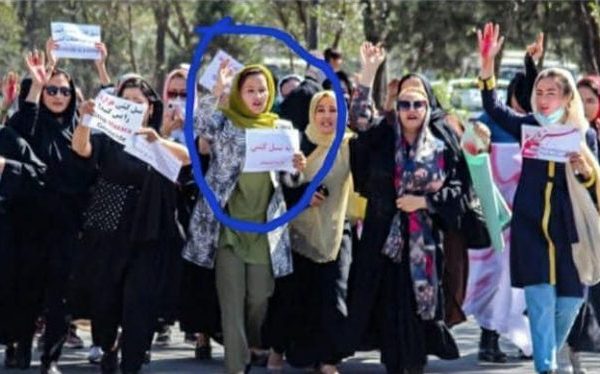