Freedom Socialist presidential campaign: What is a vote worth?

Does your vote matter? Not much if you don’t challenge capitalism and its rigged electoral system.

The best way to do this is by voting socialist. This way you can say no to wage exploitation and discrimination. You can address issues affecting your life and the lives of the working-class majority — women, people of color, immigrants, and queers.

By making a choice for socialists, you can protest the glaring contradiction that exists between federal constitutional rights that bar discrimination at the ballot box and the labyrinth of undemocratic state laws that keep minor parties off the ballot and exclude voters for a host of illegitimate reasons.

You can make a statement against the more than a dozen states that last year passed election laws that hinder participation, above all by those who are Black, poor, or immigrant. You can condemn the changes that make it harder for volunteers to register voters, reduce the number of days to vote before election day, and require restrictive forms of photo identification at the polls.

You can defend the 1965 federal Voting Rights Act from racists and right-wingers flying the banner of “states’ rights” who want to reverse one of the victories of the civil rights movement.

You can condemn the massive jailing of men of color, mostly Black and Latino, due to the government’s war on drugs and the profits to be made in the privatization of prisons. You can talk about the rising imprisonment of women, the group with the highest rate of increase. You can address the discriminatory voting laws that ban convicted felons from voting. You can condemn the U.S. for putting the highest percentage of its people behind bars in the world.

Best of all, your support for socialist candidates can make a positive statement and have a positive impact.

With a socialist ballot, you can send a message of solidarity to all those who are facing U.S. military intervention and the Pentagon’s unrelenting war drive. You can reject the charade of the State Department and military that the U.S. is the greatest defender of democracy. You can show those struggling around the world that they have friends and class allies in the heartland of imperialism.

You can forge political alliances in campaigning that will carry organizing forward after November. You can use this election year to build a movement to fundamentally change class relations and put workers — everyone who sells their labor time to survive — in power.

You can make your ballot count. This 2012 election season is a great opportunity. I urge you to vote Freedom Socialist and, more, to get actively involved in the Durham-López campaign. Together, who knows what we can accomplish?

Also see: Christina López: Why I am running as a socialist feminist

Also see: Their platform and ours 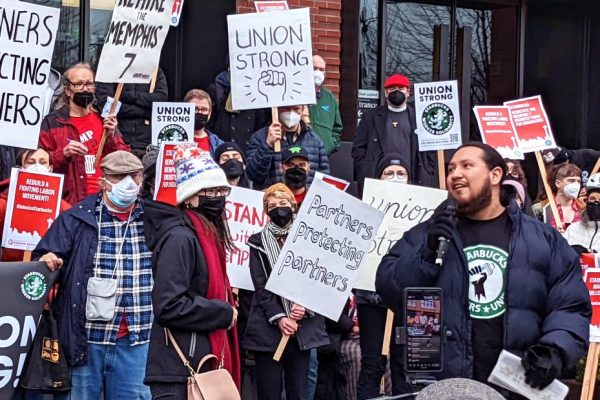