Born just a year before the 1917 Russian Revolution, Gloria Martin was a child of four when U.S. women finally won the vote. She was 79 when she died of cancer on November 22. A primary engineer of the fusion of women’s liberation with socialism, an inventive and down-to-earth organizer, and a fiery, give-’em-hell speaker who frequently waved a red bandanna to end presentations, Gloria made an indelible impact on her world.

Gloria, a working mother of eight children, was raised in the South during Jim Crow, an experience which shaped her into a bracing critic of capitalism and its underpinnings, racism and sexism. Her political career began in the 1930s in the Communist Party’s youth affiliate, the Young Communist League (YCL), but she came into her own three decades later inside the Trotskyist and feminist Freedom Sodalist Party.

A long-standing member of the FSP’s leadership body, the National Committee, Gloria will be sorely missed by her comrades for many reasons. Not the least of these is the sense of confidence and commitment she instilled in several generations of up-and-coming radicals. Yolanda Alaniz, a Chicana activist and writer who worked closely with Gloria in FSP and its sister organization, Radical Women, describes Gloria’s influence this way: “She taught me how to be a bold feminist and speak my mind. I loved her direct and blunt way. It had a bite and kick which helped you keep track.”

From the grassroots. Gloria was born June 3, 1916inSt. Louis, Missouri. She grew up there and in Asheville, North Carolina. In her early twenties, her hatred of racism led her to sign up with YCL to do battle against segregation in St. Louis. During World War II she quit YCL, disgusted with its sexism and the twists and turns of policy dictated by Stalin.

But Gloria didn’t quit fighting racism. After moving to Seattle in 1950, she became involved with the Congress of Racial Equality and the NAACP. In 1966, she joined with Black women to organize welfare recipients into the group Aid to Dependent Children (ADC) Motivated Mothers; in the following years, she worked in numerous other antipoverty projects.

It came naturally for Gloria to campaign shoulder-to-shoulder with low-income women, because Gloria was poor herself. She supported herself and her family through a variety of hardscrabble jobs like cleaning, leather-crafting, and chicken-plucking. Hers was not an episodic battle for abstract aims, but a consistent and ever-expanding war against concrete want and injustice—and for evolution in there here-and-now.

Says Gloria’s son Tom: “her whole life was her commitment to others. I became a social workers because the values she taught.”
To Marxist feminism. After so many years in the trenches as an instigator of change for poor and working women and women of color, Gloria was more than ready for the reinvigoration of feminism that caught fire in the 1960s. She forged practical and theoretical links between women of the Old and New Left through her popular and pioneering class “Women in Society,” launched in 1966 at Seattle’s Free University.

There, Gloria collaborated closely with veteran agitators like Clara Fraser, who led a Seattle exodus from the Sodalist Workers party that year and founded the FSP. Gloria joined the fledgling party when she saw it shared her dedication to women’s rights, revolutionary Socialism, democracy, and principled politics.

Fraser and Gloria worked with young women in Students for a Democratic Society (SDS) to create Radical Women in 1967. RW’s goal was to teach women the leadership skills, social history, and working-class consciousness they weren’t learning in the male-dominated antiwar, antipoverty and civil-rights movements.

“To Gloria, building women’s leadership was all-important,” Fraser says. “She believed women’s place is at the head of all the movements for radical change.”

Our teacher, our comrade. I first met Gloria in the early 1970s during an historic staff walkout at the University of Washington, where I was a secretary. Gloria coordinated the activities of RW and FSP members on campus in that fray, and that’s where I and many others learned the ABCs of militancy—everything from how to set up a strike kitchen and picket line, to how socialism and gay rights are related. Gloria made being a Marxist feminist the most rational, natural thing in the world—for women and men.

And Gloria showed us how to be fearless about putting our convictions into practice. In 1969, when cops and agents around the country were trying to destroy the Black Panther Party, Gloria led in organizing multiracial defense guards for the Seattle Panthers.

Gloria was FSP organizer from 1973 to 1978, decisive years when the party developed from a lone outpost in the Northwest into a national organization with a quarterly newspaper. I was the first of many to leave the Seattle fold to establish branches in other cities – in my case, Los Angeles. Gloria gave us the training and self-assurance to strike out on our own.

Gloria was a frontrunner not only in politics but in pizzazz. She relished songs and dancing and skits, and she did her best to educate the rest of us in the art of putting on the hilarious, satiric, and extravagant FSP and RW productions she was famous for.

Gloria was also a demystifier of Marxist theory, that bastion of male prerogative. I once admitted nervousness to her about tangling with the Spartacist League because, I said, “They always quote Lenin at me.” “Don’t worry,” she assured me with her trademark addity, “They misquote Lenin, and don’t understand him anyway.”

The truth is that Gloria, who had to quit high school to help support her family during the Depression, was one of the most educated people I’ve ever met. She read everything, and like Malcolm X, exhorted us to do the same.

Woman of letters, internationalist, optimistic rebel. Gloria was a lover of literature and a tireless archivist of feminist memorabilia. In 1980, she opened Shakespeare and Martin Booksellers (later Shakespeare & Co.), which specialized in offering rare tomes and hidden herstory.

Books were just one of Gloria’s passions. She was an ambitious and creative gardener, a nurturer of stray cats, and a frequent globetrotter who traveled to England, France, and the Middle East.

Gloria didn’t much like writing herself, but she authored a book nevertheless. Socialist Feminism: The First Decade1966-76 is an engrossing account of the FSP’s first ten years and the epoch events we were a part of.

Gloria leaves countless legacies behind. In hospice care in her last week, she was surrounded by relatives, friends, and colleagues; each has a story to share of how they had benefited from her bottomless faculty for human sympathy.

Among the gifts she leaves to us is her trust in a revolutionary future, When Gloria was elected Seattle RW organizer in 1990, at the age of 74, she said: “We have to fight for survival issues, But then we have to go further. We have to change the system, or we’ll be fighting all our lives for the same thing. When people have had enough, revolution can hap- pen suddenly. Our job is to be ready for it.”

Amen, Gloria! We’ll be ready, thanks to you. 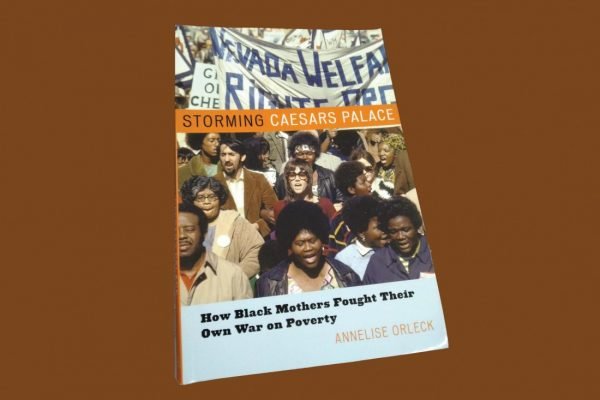