From the Archive LGBTQ

History was made at the first national queers of color conference

From the archives of the Freedom Socialist

The 1979 Freedom Socialist article below reports on a historic gathering of queers of color, part of the 1979 National March on Washington for Lesbian and Gay Rights. Held amidst increasing anti-LGBT attacks, conference debates over limited reforms versus revolution took center stage. As a Latina lesbian, I saw the possibility of a multi-racial, anti-capitalist movement that could end the source of assaults on our community.

Over time, our movement’s militant vibrancy was lost to those promoting middle-class respectability. Today we have a U.S. president who targets trans people and excuses bigotry as “religious freedom.” ¡No mas! It’s time to get back to our radical roots!

The first National Conference of Third World Lesbians and Gays convened in Washington, D.C. from October 12-15, and its 450 participants made history by throwing off ages-old invisibility to boldly assert their leading place in the beleaguered race, sex, sexuality, and working class movements.

The conference was unique in its high level of feminism, radicalism, class consciousness, internationalism, and exhilarating vigor.

The Freedom Socialist Party (FSP) and Radical Women (RW) sent a contingent of 17 comrades from New York, Portland, San Francisco, Los Angeles, and Seattle. Though no other U.S. left groups were officially on hand, reformists, nationalists, lesbian separatists, social democrats, Stalinists, and Maoists were liberally sprinkled among the participants.

Into this political hotbed came hundreds of unaffiliated people with lifetime experience against discrimination.

Dynamic Women’s Caucus. Women of color demonstrated from the outset their leadership in workshops and caucuses.

In the Third World Women’s Caucus, Yolanda Alaniz presented an FSP/RW resolution on behalf of class struggle feminism which was enthusiastically passed and later reaffirmed by the entire conference.

The resolution called on the feminist movement to address the oppression of all women and to promote the leadership of lesbians of color in all the movements for social change.

The caucus further demanded that feminists and gays rid themselves of racism and sexism, and that all men eradicate their sexism.

Mexican compatriots. Lambda inspired the conference with its ideological clarity and fighting spirit. These comrades were very effective in the Latino Caucus and the workshop on Cuba.

The Latinos zeroed in on the relation of gays and socialism. Cuba Workshop participants discussed Trotskyist feminism, which places lesbian/gay liberation firmly in the center of world proletarian upheaval, as opposed to the Stalinist line, which promotes the “revolutionary nuclear family” and sanctions gay oppression (Cuba, the USSR, China, etc.).

Revolutionary versus reformist strategies for lesbian/gay liberation were assessed, and the FSP, RW and others refuted the classless gay “unity” huckstered by the white male, business-oriented promoters of a gays-only movement that has hog-tied militancy from Miami to San Francisco.

Internationalism hailed. Two standing ovations greeted Claudia Hinojosa and Max Mejia of Lambda during the opening night general session when they called for a feminist, internationalist, and anti-capitalist gay movement.

“Our struggle consists of the subversion of all concepts and practices which have defamed lesbians and gay men, and subjugated women in general. The struggle against sexism, racism, imperialism, and class oppression is integral to gay liberation. We wish to leave no aspect of daily life unchallenged.”

FSP delegate Tom Boot also won applause when he challenged men to help build the leadership of women of color in all the movements.

The Asian American and Native American contingents criticized the conference organizers for insufficient prior outreach to their communities. They insisted that gay people of color overcome their dangerous self-isolation into ethnocentric groups.

The Saturday night general session extended the dynamic quality of the previous evening. Nicaragua’s Sandinistas sent a welcome message of greetings and solidarity. Bird Wilson from Radical Women gave a stirring speech on the impact of capitalism on a Black gay welfare mother like herself.

And the conference repudiated separatist pressure and voted to march together with white participants through the Black and Asian communities en route to the National Gay March on Sunday.

Separatism and autonomy. Despite sporadic accusations by separatists and cultural nationalists that white attendance in workshops violated ethnic autonomy, the conference generally retained an interracial character.

The separatists saw no distinction between autonomy — the right of the specially oppressed to organize independently to advance their own program and consciousness — and separatism — the permanent (as opposed to tactical) social separation of a grouping regardless of circumstances or impact on the class struggle.

An FSP member refuted the separatists in Monday’s session, which was closed to whites:

“We support autonomy as a necessary tactic, but we do not elevate it to the level of a program for liberation. We do not support gay or Black or female separatism, nor do we support bourgeois or cultural nationalism, which is a suicidal capitulation to the capitalist class that maintains itself on our enforced segregation.”

The delegates welcomed this concept of inter-racialism based on a common class allegiance.

An emergent vanguard. Resolutions were passed on prisoners’ rights, undocumented workers, and on the FSP-sponsored call for a united front of people of color, feminists, gays, workers, and radicals to fight the right wing in the U.S.

Delegates will reconvene in 1980 in San Francisco, where the Bay Area Gay Alliance of Latin Americans will be one of the hosts.

Throughout, the lesbians of color exhibited the keenest political awareness, determination and militance.

Experienced on many fronts, they are assuming center stage in all the theaters of struggle for social progress.

The needs, aspirations and demands of lesbians of color encompass those of the entire working class. Their leadership is integral to unifying all the disjointed fragments of the proletariat and its allies and directing them to revolutionary victory.

The Washington, D.C. conference was a milestone in this process. 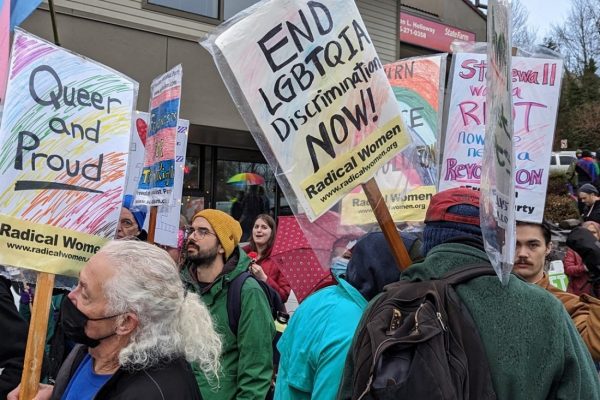 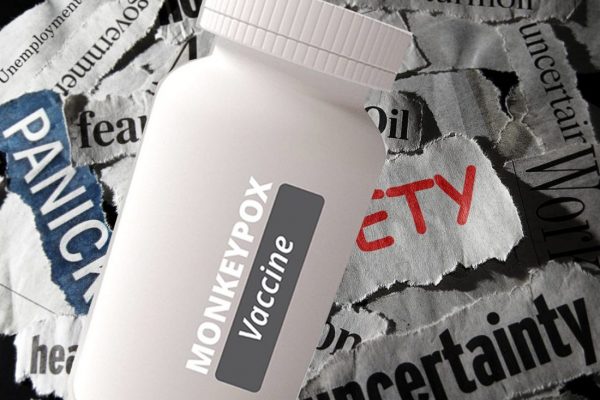