How environmental destruction fosters epidemics the world over

The outbreak of Covid-19 has turned the world on its head. It has shut down entire economies and destroyed the equivalent of 305 million full-time jobs globally just in the second quarter of 2020, according to the International Labor Organization. In the U.S. and many countries, it has exposed the racial and gender inequalities that have always existed, as well as the starvation of public health systems and preparedness for emerging diseases.

For many in the Americas and Europe, it seems as if the virus came out of nowhere. Others in Asia and Africa (from which many of the new diseases have emerged) have seen this before.

In fact, scientists specializing in virology, biology and the climate have been studying human encroachment into wild habitats and destruction of species and ecosystems for decades. They have increasingly concluded that there is a causal relationship between environmental degradation and the creation of deadly human diseases. A recent study found that new infectious disease outbreaks have more than tripled every decade since the 1980s.

The balance of nature altered. The profit-based system we live under has drastically eroded biodiversity and fragmented ecosystems. With the expansion of large urban centers, ongoing extraction of materials from the earth, deforestation, and land development for large-scale industry and factory farming, increasing numbers of natural ecosystems are being destroyed or fragmented. Human proximity to animals that they previously would rarely come in contact with increases, putting everyone at greater risk.

Scientists consider viruses, as part of nature’s diversity, to be in a “gray area” between living and non-living. They cannot self-replicate, but they can multiply in a host. They can cause disease in that species, or others that they “jump” to. In intact ecosystems, human beings are seldom impacted.

But in our fractured environment, the risk is breathtaking. The U.S. Centers for Disease Control estimates that 60 percent of known infectious diseases in people are “zoonotic,” meaning they are passed from other animals to humans.

Three of every four diseases that have emerged among humans in the last 30 years are of this type. Zika, HIV, Hendra, Avian Flu (H5N1), Nipah, Swine Flu of 2009, SARS, MERS, Ebola, and Covid-19 are all zoonotic diseases. A study by public agencies in Kenya, Great Britain and Vietnam estimates that these diseases kill over 2 million people annually and infect over one billion.

Market domination of the planet and its resources is depleting all species and the places they live at an alarming rate.

Profit: engine of destruction. While the voices of health and environmental scientists tying ecological damage to the spread of nature’s pathogens are gaining volume, few place the blame on the capitalist form of economic and social organization. There are many excellent analyses of the problem, which nevertheless call for “market-based approaches” as part of the solution. This ignores the fact that any such approaches have been ineffective over the 50 years that environmental degradation and global warming have reached crisis levels.

One look at the broad scale of environmental devastation reveals that the profit motive is the force behind it all. It’s not “human activity” as an abstraction, but the direct action of global corporations, subsidized and incentivized by governments, with a lucrative get-out-of-jail-free pass on responsibility for their social costs of doing business. Capitalism, in its chaotic quest for short term profit, is what got us to this point. Now we urgently need a global, large-scale and organized effort, which capitalism has demonstrated its inability to do.

Outstripping finite resources. The list of the types of encroachment on nature is long. To cite a few examples: the massive clear-cutting of forests in the Amazon to raise animals for slaughter, the mowing down of the jungles of Borneo for commercial palm oil production, the out-of-control extraction of oil shale from Canadian tar sands, and the intensified search for minerals and precious metals in the Congo Basin and Australia.

Among other things, a massive, worldwide reforestation effort is required to undo the damage.

The increasingly global trade in wild animals is particularly risky, but lucrative. Hunters must go deeper into previously undisturbed areas to find declining animal populations, and they come ever closer to species that are “reservoirs” of pathogens deadly to humans.

Sometimes this is due to the ravaging of land for high yield agriculture, sometimes to local poverty and no other means for the hunters to survive. The rush for profits results in lax handling practices. Halting the international trade in wild animals would require solving these social problems.

If ever there was a cause and effect relationship between an action against nature and a result, the linkage between the persistent rape of the natural world for profit and the release of wild-animal-based pathogens among humans is indisputable.

The pace of environmental destruction, combined with ever increasing global transportation, is such that an encounter with an animal by a poacher in Ghana today can result in an outbreak in London next week, spread to southern Europe a week later, and become a pandemic in a month.

Time to stop “externalizing” social costs. The loss of human life resulting from these diseases in the last 60 years has been staggering and so have the financial impacts. Even before Covid-19, the cost to countries through loss of jobs, shutting down businesses and providing emergency healthcare has been acknowledged by the International Monetary Fund to be $500 billion annually. The cost of “stimulus” payments by the world’s governments for Covid-19 alone, according to Bloomberg News was $8 trillion just by the end of April. The full tally will not be known for some time.

The companies causing the destruction have “externalized” the social costs, and many have been beneficiaries of government stimulus payments, over and above the subsidies and tax breaks they receive in “normal” times! The problems they have caused cannot be solved by individual countries. And any reforms achieved under the profit system will be at risk and transitory.

The agribusiness, mining, and oil and gas industries that are the primary perpetrators of these crimes against nature should be taxed to fund urgently needed social services and environmental restoration. This should include public healthcare, hospitals, laboratories to conduct virus research, and vaccine and drug development and distribution.

If these businesses were made to pay fully, they would fold in a heartbeat. Then they should be nationalized and run by workers and the public! Humanity has no time to waste. 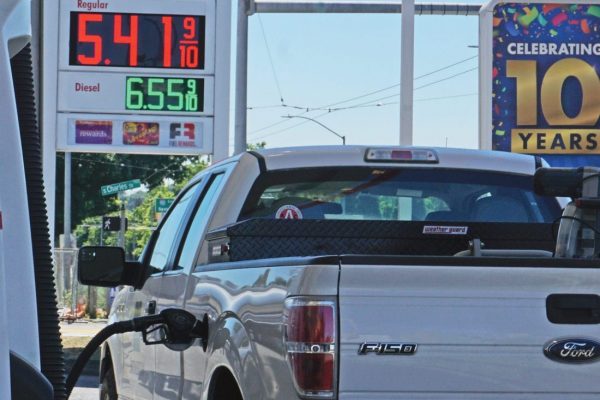