Jim Cannon was a passionate, principled and eloquent radical who fought against imperialist war and for immigrants and workers. He despised all forms of discrimination and championed the Black freedom movement and the equal rights of women.

He learned enduring lessons from the defining events of the first half of the 20th Century, which he lived through and participated in; World War I, the Russian Revolution, the 1930s labor upsurge, WWII and the post-war McCarthy anticommunist hysteria. Most importantly, he was the American voice of revolutionary internationalism. Today’s militants can learn much from his life and writings.

Born in Rosedale, Kansas, to Irish immigrants, he was working class to the core. He joined the Socialist Party at age 18. But it was three years later, when he signed on with the Industrial Workers of the World (IWW) that he committed himself to being a revolutionist, and never looked back. Cannon mastered soapbox oration on the streets. He learned strike organizing from the great Wobbly leader Vincent St. John. He was a traveling agitator across the Midwest from 1911-1914. He refused to fight for capitalist interests in WW I and was jailed for his strike organizing during the war.

In my young days I was very friendly to the anarchists, and was an anarchist myself by nature. … The impulses of the original anarchists were wonderful, but their theory was faulty, and it could not survive the test of war and revolution. (1)

Cannon was appalled that the IWW failed to see the world-changing significance of the 1917 Russian Revolution led by Vladimir Lenin and Leon Trotsky. The Bolsheviks stood firm that workers must take power away from the capitalists, and made it happen. Cannon saw their unbeatable combination of democracy and centralized organization.

He condemned the socialist parties’ decisive turn against international workers’ solidarity, and consequently, the Russian Revolution. On the eve of WWI, in every country they supported their own ruling classes’ drive toward war.

Cannon became a communist and a founding member of the earliest communist organization. He headed the Workers Party of America, the early above ground section of the Communist Party (CPUSA) and later the CP-affiliated International Labor Defense, a huge movement that fought to free labor figures such as Sacco and Vanzetti.

Only by an understanding of the revolutionary nature of their struggle … can the workers follow a systematic policy of opposition to the bourgeoisie and of defense of their own interests. Revolutionary theory is not something separate from action, but is the guiding principle of all revolutionary action. (2)

In 1928, Cannon was a delegate to the Sixth World Congress of the Communist International (Comintern) in Moscow. He encountered Trotsky’s scathing critique of Stalin’s disastrous, bloody policies and rising bureaucracy. Cannon realized that the factional battles tearing at the CPUSA actually came from the Stalin regime. Cannon returned to the U.S. to found the American Trotskyist movement.

He spent the rest of his life fighting theoretically and organizationally against Stalinism, the antithesis of revolutionary socialism. Stalin’s “theory” of socialism in one country (the USSR) excused selling out other revolutions and broke with international working-class solidarity. Stalin trampled on democratic fundamentals like the right of nations to self-determination. He signed a non-aggression pact with Hitler, and later joined the Allied imperialist countries in WWII.

Trotskyism is not a new movement, a new doctrine, but the restoration, the revival of genuine Marxism as it was expounded and practiced in the Russian Revolution and in the early days of the Communist International. (3)

Cannon recognized the central role of the U.S. to world revolution.

The workers of America have power enough to topple the structure of capitalism at home and to lift the whole world with them when they rise. (4)

He helped found the Socialist Workers Party (SWP) in 1938 and became National Secretary, guiding it adeptly.

The essence of politics is to understand the realities of a given situation, to know what is possible and what is excluded; above all, to know what to do next — and to do it. (5)

On the eve of World War II, Cannon was one of 18 leaders of the SWP found guilty of “sedition” under the Smith Act for opposing the war. Cannon used the trial to defend the party’s revolutionary program.

Modern wars … are caused by the conflict of imperialist nations for markets, colonies, sources of raw material, fields for investment, and spheres of influence. … As long as the capitalist system remains … recurring wars, are inevitable. (6)

Cannon abhorred every kind of discrimination and prejudice. And he knew how crucial the Black liberation movement was to revolution in the U.S.

The … profound difference — between the [U.S.] Communist Party of the Twenties and its socialist and radical ancestors [who ignored Black oppression], was … the American communists in the early days, under the influence and pressure of the Russians in the Comintern, were slowly and painfully learning to change their attitude; to assimilate the new theory of the [Black liberation] question as a special question of doubly-exploited second-class citizens, requiring a program of special demands as part of the overall program — and to start doing something about it. (7)

The Freedom Socialist Party (FSP) was in the SWP until 1966, leaving primarily over the SWP’s failure to lend support to the raging Southern Civil Rights struggle and over the importance of the feminist movement. FSP leader Clara Fraser commemorated Cannon in 1974, emphasizing the support he consistently gave to women comrades and their leadership. When Fraser was rejected for the party’s Trotsky School in 1953 (the year Cannon retired), he signed on to a letter of protest that overturned the decision. He then made the stunning offer to take care of her 4-year-old son Marc during the entire school!

I was flabbergasted. Cannon, the confidant of Trotsky, the inheritor of Lenin, the greatest living Marxist on American soil, offering to babysit for me — for six months! (8)

FSP is proud to call itself Cannonist. Its embrace of the working-class core of the Black liberation, feminist, LGBTQ+ and other movements of the oppressed came from his approach. FSP aims to keep alive his understanding that revolutionaries must continually reevaluate current events and movements. And know “what to do next.” We hope you decide to join us. 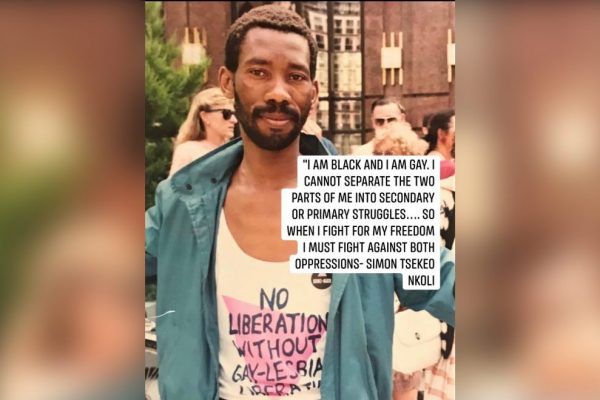