A glance at how some workers and their unions are faring in the class struggle.

January 2018 — Reporters unionize. In a landslide victory, journalists for the 136-year old Los Angeles Times voted overwhelmingly to join the NewsGuild, an affiliate of the Communication Workers of America. Staffers noted the hostile work environment created by management, lack of respect and cuts in benefits and pay as reasons for voting yes.

February 2018 — Dancers demand equity. Dancers of the world-famous Alvin Ailey American Dance Theater boycotted their bosses’ gala to protest a glaring wage disparity. These predominately African-American performers are paid far less than other companies. And the troupe puts on more performances than other dance companies in the U.S. Equal pay now!

February 2018 — Algerian general strike. A decimated economy and ever-falling wages forced public service labor unions out on a general strike in Algeria. The action paralyzed education, health care, vocational training and telecommunications. Among those walking out, despite a ban on protest in the capitol, were over a thousand doctors-in-training. 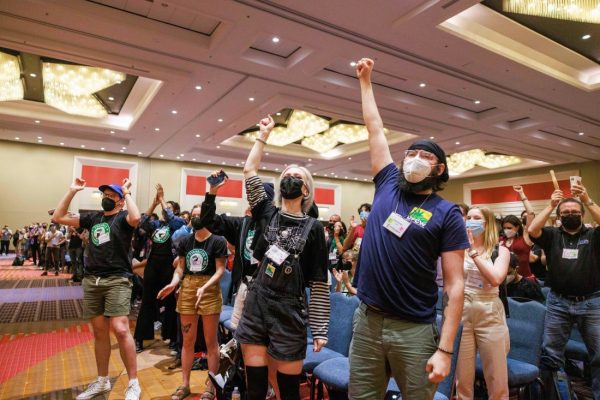