Letters to the editor

Mumia’s vision has rapidly deteriorated. It has been confirmed that Mumia currently suffers from glaucoma, a vitreous detachment and cataracts in both eyes. This threat seriously jeopardizes his life and well-being, as well as his journalistic profession.

An eye doctor is recommending surgical procedures to remove the cataracts on both eyes, but SCI-Mahanoy Doctor Courtney Rodgers is delaying scheduling the needed examinations and surgeries with Mumia’s ophthalmologist.

Not only is his overall health deteriorating as he is threatened by permanent blindness, his failure now to receive the immediate attention he requires is cruel and unusual punishment, especially as an innocent man who has been unjustly incarcerated for decades.

Mumia is not alone in enduring these assaults. According to Bureau of Justice statistics, over 130,000 U.S. prisoners are elderly. Once again, as we fight for Mumia, we fight for all the imprisoned from mass incarceration’s cruel and unusual conditions.

The presumption of innocent until proven guilty is a joke to these people. I do not trust them and it would be wise for no one to trust them.

FSP has our backs

I was very impressed with Gina Petry’s analysis of the FBI and very glad that she and others keep pointing out that just because, due to an accident of history, the FBI may appear to be on a common side against a common enemy, does not make it our friend or any less pernicious a threat than they have always been.

While I have some significant political differences with FSP, I also have been in coalitions where FSP played a key leadership role and have been proud to be an ally. I know from experience that if the government comes after resistance movements and members of other parties, that FSP will be have their backs as they have for friends of mine in Chicago and the Twin Cities. I will therefore always do the same.

Thank you for your soapbox “A witness to lasting ruin in Vietnam,” [Vol. 40, No. 3]. I’m in the NYC branch, and went to Viet Nam for the first time this past winter. It was a trip long on my mind, as a Vietnamese American, but I’m glad I went with the politics that I have now.

Reading what you wrote about Agent Orange made me think of Monsanto, which produced this poison. About 20 million gallons of Agent Orange and other herbicides were released on Viet Nam.

I am finding a number of commentators on Vietnam using the term Viet Cong to identify the Vietnamese in the south fighting to liberate their country. They were largely members of the National Liberation Front (NFL) and many of the older ones had been doing the same against the Japanese as the Viet Minh.

Viet Cong was a derogatory term. In my day in the movement, we never referred to the south liberation fighters this way.

Editor’s note: We agree with this critique and have corrected the problem online.

In our struggle for equality, the 10-point program of the Freedom Socialist Party [Vol. 42, No. 2] will serve the people well.

Throughout the whole world a great revolution is quaking. Capitalism is getting chipped away: the monopoly which made certain people seem as demigods in the past is being smashed by the rod of socialism. A power more subtle than brute force and mightier than armed soldiers is at work. Socialism is capitalism’s worst nightmare. It speaks, it conquers, it unites.

The mission sisters and brothers: enlighten five and encourage the five to enlighten five. Regeneration begins with gathering forces until one becomes the masses.

To the 475 readers who took advantage of the half-off “prescription” to the Freedom Socialist: 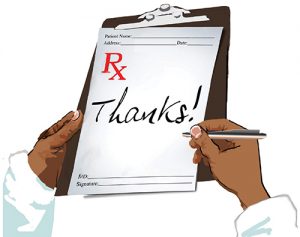 … for joining the ranks of FS subscribers!

We hope you agree that the news and analysis in these pages is the best antidote to a Trump-tweeting migraine.

We love hearing from our readers. Let us know what you think about the articles — email FSnews@socialism.com or call 206-722-2453 and ask for Margaret. Or drop us a line by writing to 5018 Rainier Avenue South, Seattle, WA 98118