Writing about Australia in 1913, Lenin posed this question: “What sort of peculiar capitalist country is this, in which the workers’ representatives predominate … and yet capitalism is in no danger?” The Australian Labor Party (ALP) was the first majority “workers” government elected anywhere in the world. ALP introduced an aged pension in 1908 and a maternity allowance followed in 1912. Yet, it never challenged the status quo.

Just like other social democratic parties, it dived into the imperialist slaughter of World War I, pledging to support the British to the “last man and last shilling.”

A century ago, Australian workers believed — and were told — that the aged pension was an entitlement. They would not recognize what it is today — a miserly welfare safety net for those unable to fund their own retirement.

Social security has gone downhill since the supporting mothers’ benefit was won in 1972. With the post-war boom over and governments — both Labor and conservative — needing to “balance the books,” spending on welfare is now seen as a “luxury” which must be continually cut back. But it was Labor that introduced the egregious aged pension assets test and income-tested the family allowance.

Currently, the ALP is governing both at the national level and in Victoria, the state where I live. It describes itself as a “modern social democratic party,” claiming to be better and more responsible managers of capitalism than the alternative. As the capitalist crisis deepens, the ability of the working class to win reforms, or even hang onto past gains, especially those that come with a price tag, has become almost impossible.

In 1977, I was the first in my working-class family to go to university. Three years earlier, all tuition fees had been abolished by Labor. I graduated as a teacher and gained a permanent job in a technical school with a strong union. By the early 1990s my youngest sister was not so lucky — same university, same career plan. She took years to secure a permanent teaching position and graduated with a debt, courtesy of the reintroduction of tuition fees by Labor. During that same time, the union movement had also been weakened through an ALP plan to promote “consensus” between capital and labor.

Fast forward to this century and my niece has a much bigger study debt than her mum did, as the cost of an education continues to skyrocket. Every working-class family can tell a similar story as gains won by past generations are eroded and young people do it tougher than their parents.

Racism is built into the foundation of the Labor Party. The ALP was founded when Australia was still a collection of British colonies. A key plank was a “white Australia.” Its rallying cry was “Australia for the White Man” where living standards would be protected through a ban on the immigration of “colored” labor. First Nations people were excluded from this “working man’s paradise.” They continue to resist the theft of their land, labor and children.

Buried deep into the Labor Party constitution is a little mentioned “socialist objective,” which is also qualified by a commitment to support capitalist competition and private property.

As a social democratic party, the ALP, like similar parties in New Zealand and Europe, has a gradualist, evolutionary approach to making improvements. But in late capitalism, people are finding there are few advances that can be won without first getting rid of the increasingly crisis-ridden system and putting workers in charge.

In Victoria, the ALP is selling off public housing, and building more prisons with tough bail restrictions to fill them with youth of color, First Nation mothers, and other poor people. A new national labor relations regime does not enshrine the legal right to strike. Billions will be spent on nuclear submarines as part of the AUKUS military pact. Harsh anti-refugee policies remain unchanged.

It’s time to get off the reformist treadmill. A century of experience under the Australian Labor Party in and out of government shows that tinkering around the edge of capitalism is a dead end for improving our lives! We deserve so much more than the ALP has to offer. 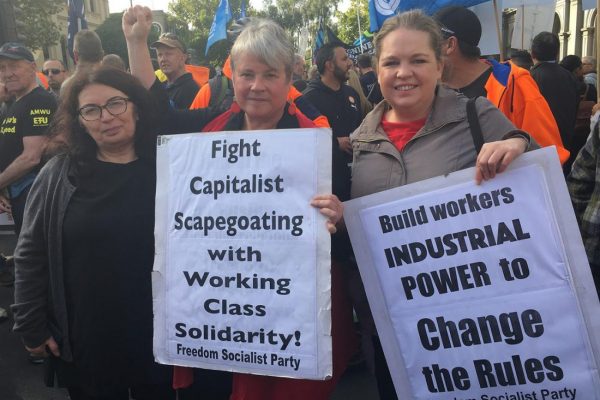 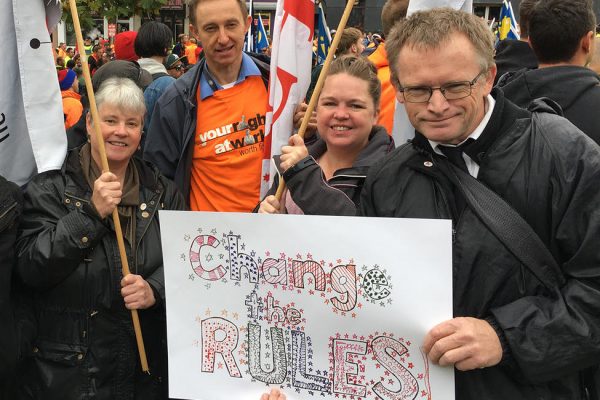