A glimmer of hope for freedom at last

After more than 35 years behind bars, Mumia Abu-Jamal may finally have a chance to prove his innocence. And expose the heart of the racist U.S. justice system at all levels — police, prosecutors and judges.

A renowned political prisoner, former Black Panther, and journalist, Mumia was framed for the killing of a Philadelphia police officer. The original trial was a farce: stained by racism and anti-radical bias, as well as perjured testimony from cops and witnesses. Later there was even a confession by another man.

Following his conviction and death sentence, Mumia confronted more injustice and violations of his constitutional rights during years of appeals. Time and again legal precedents were ignored in Abu-Jamal’s case. Supporters call it the “Mumia Exception.”

Despite all attempts to murder him by law, national and international public pressure proved too much. Mumia’s death sentence was reduced to life without parole. The commonwealth of Pennsylvania wouldn’t kill him, but he would stay locked up forever.

The ruling that changed everything. Just when it looked like all legal avenues were closed, a 2016 landmark U.S. Supreme Court decision, Williams v. Pennsylvania, opened a window of opportunity.

The 5-3 ruling stated that judges must recuse themselves from any case that they had “a significant personal involvement in.” And the Court vacated the death sentence for the plaintiff Terrance Williams.

The circumstances of William’s case eerily mirror those of Abu-Jamal.

In August 2016, Mumia filed a post-conviction appeal that used Williams as precedent. Legal victory in this action would reinstate Abu-Jamal’s right to appeal, to assert his innocence, due to wholesale denial of his due process trial rights. In other words, all of Mumia’s appeals to the Pennsylvania Supreme Court from 1995-2012 would be dismissed.

In late April 2017, Mumia and his legal team won the first round. The Philadelphia District Attorney’s office had challenged Abu-Jamal’s claim, saying the suit was “not timely” and that Castille had not been a significant part of the prosecution. Presiding Philadelphia Judge Leon Tucker disagreed and refused to toss out the case.

Furthermore, Tucker ordered that all files and information be given to Mumia’s legal team by May 30 that would support the claim that the state appeal process was corrupted because of Castile’s involvement. As of mid-September the only papers received were those of public record that Castille had signed.

No doubt the D.A.’s office feared the papers would expose the jury-rigging, the lying witnesses, and falsified ballistics used in the original trial and conviction. One particularly damning piece of evidence uncovered in earlier appeals was the “McMahon tape.” This video, created while Castille was district attorney, trained prosecutors how to circumnavigate the law. The goal: keep Blacks off juries without defense lawyers cluing in. This practice is illegal and unconstitutional.

This current legal battle could be the first step that leads to exoneration while exposing the vicious racism and corrupt machinations of the whole justice system.

Free Mumia now! During his many years on Pennsylvania’s death row and continuing today, Mumia Abu-Jamal has earned a reputation as the “Voice of the Voiceless.” His prolific writings and frequent broadcasts have aided disenfranchised people everywhere, from Palestine to Flint, Mich.

His contributions from prison to the fight for justice and his analysis of current events, are an inspiration treasured around the world. His latest book title asked the question Have Black Lives Ever Mattered?

Mumia should never have been arrested or convicted. It was a politically motivated and racially biased trial of a Black radical journalist who had been writing about police corruption.

His release will depend on mass mobilization like that which has won the victories so far. Help is needed.

Supporters are asked to contact Assistant District Attorney Kathleen Martin at 215-686-8000 or email DA_Central@phila.gov to demand release of all the documents. For more information, or the latest speeches by Mumia, go to PrisonRadio.org. 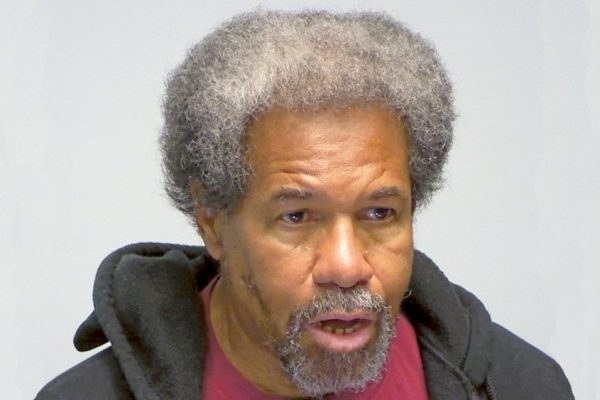 Stop the persecution of climate activists as terrorists