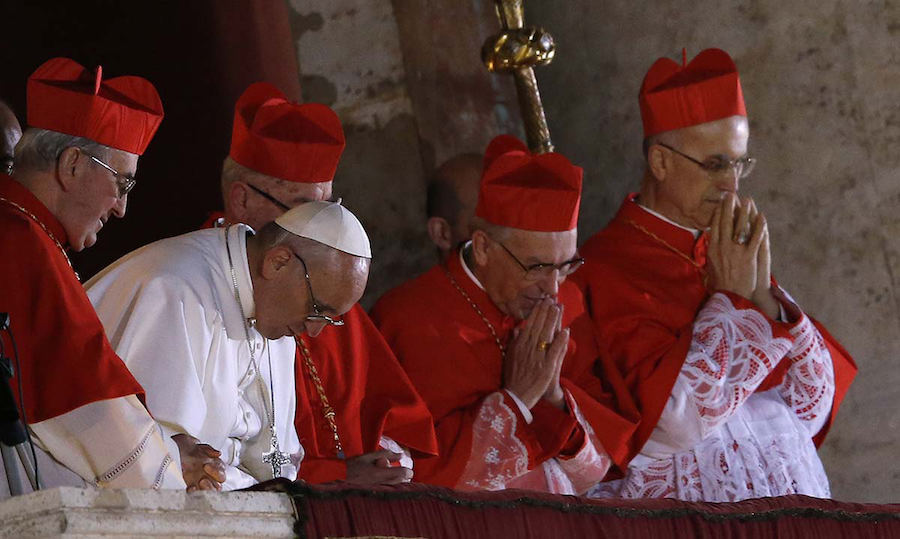 Throughout the 1960s, ’70s and ’80s, Latin America was a battleground between the haves and the have-nots. On one side were people fighting for social justice and radical change, no doubt inspired by the Cuban Revolution. On the other side were despotic regimes determined to hold onto their immense power and wealth. Argentina was a primary player in this combat zone. As was Argentina’s powerful Catholic Church and its one-time archbishop Jorge Bergoglio, now Pope Francis.

The dictatorship. Before the military coup in 1976, working people, university students, artists, journalists, worker priests and nuns were part of a leftist mass culture that was advancing social programs and public education in Argentina. The coup was organized to reverse this revolutionary trend and reinforce capitalist policies through neoliberalism — the economic theory of unhindered, “free-market” capitalism developed and honed by economists at the University of Chicago and Catholic University in Chile.

Argentina’s coup was led by General Jorge Videla. A devout Catholic, Videla was influenced by the ideology of Opus Dei, an international proto-fascist Catholic organization. The junta ran Argentina from 1976 to 1983. It immediately froze wages and eventually generated mass privatization. Its ideological fuel was anti-communism and anti-Semitism.

Commonly called the “Dirty War,” the terror in Argentina was actually concerted genocide against any who sided with the have-nots of society. Universities were occupied by troops, books burned, political meetings banned. “Anyone working with the poor was suspect,” reported former Dominican nun Joan McCarthy in La Prensa. “There were no trials. They just killed you…” The church hierarchy “preached that those who promoted liberation theology were communist infiltrators. There are documented cases of priests attending torture sessions in the junta’s prisons.”

Most of the victims were workers, students, Jews, guerilla fighters, hundreds of nuns — many hurled alive from military planes into the river. An estimated 30,000 Argentines were “disappeared.”

Pope Francis. During the military junta, Fr. Jorge Bergoglio headed the influential Argentine Jesuit order of priests. His own politics were openly conservative and anti-communist. He was deeply hostile to liberation theology which focused on the needs of the poor and was a growing movement among Latin America’s nuns and priests. For decades, many have accused Bergoglio of collaborating with the junta and informing on these left-wing Catholics. 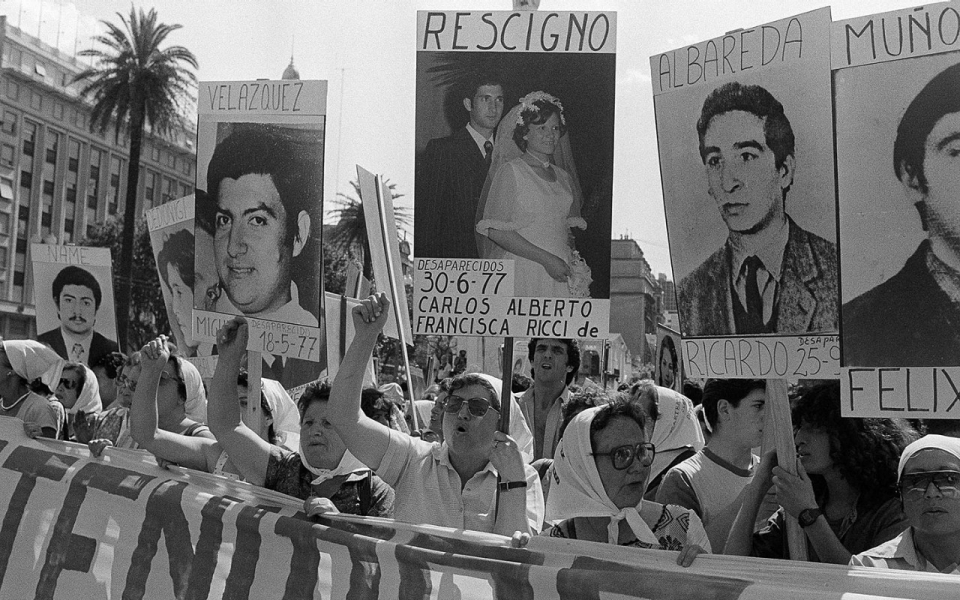 Right: In 1983, Mothers of the Plaza de Mayo defy the junta to demand justice for their disappeared children. Photo: Eduardo Di Baia / AP

Among the best known accusers were two of Bergoglio’s former teachers, Orlando Yorio and Francisco Jalics, Jesuits who were determined to work in the slums of Buenos Aires and interact with leftists who were doing the same. When they rejected Bergoglio’s orders to stop their work, he kicked them out of the Jesuit order. Shortly thereafter they and six parishioners were kidnapped by junta thugs. The priests were tortured for several months and then dumped on the roadside. The six lay Catholics were disappeared. Yorio declared in the first trial of junta leaders in 1985, “I am sure that he himself [Bergoglio] gave over the list with our names to the Navy.”

Francisco Jalics, the other Jesuit priest, wrote a book about these events. He reports that Bergoglio promised them he would tell the military that the priests were not terrorists. “From subsequent statements by an official and thirty documents that I was able to access later, we were able to prove, without any room for doubt, that this man did not keep his promise, but that, on the contrary, he presented a false denunciation to the military.”

Bergoglio twice refused to testify in later trials on junta crimes. In one very evasive testimony in 1996 he claimed that he hadn’t known during the dictatorship about the military’s practice of executing detainees after giving birth and confiscating their newborns for military families. Surviving family members who personally went to him at the time for help in finding the mothers and babies proved him to be a liar.

“Never, in the years he headed the Catholic Church in Argentina,” said Gabriel Pasquini, Argentine writer and editor of El Puercoespín, “did he acknowledge its complicity in the dictatorship, much less ask for forgiveness.”

Upon his coronation in 2013, the Vatican dismissed all accusations against him as the work of “anti-clerical left-wing elements.”

His Church. The Catholic Church’s complicity with the Argentine dictatorship was clear early on and throughout. On the actual day of the takeover, the military leaders had a long meeting with the bishops’ conference, after which the Archbishop Adolfo Tortolo counseled Argentinians “to cooperate in a positive way with the new government.”

Just eight months after the coup, the minutes of a meeting between church leadership and the junta revealed that the church “in no way intends to take a critical position toward the action of the government,” as its “failure would lead, with great probability, to Marxism.” In 1981, Pope John Paul II flew to Buenos Aires to appear with the junta and kiss its chief. No mention was made of the tens of thousands who had been tortured and “disappeared.”

In 1996, only after Bergoglio no longer headed the bishops’ conference, did Argentine bishops publicly apologize, however obliquely, for church involvement in the junta’s reign of terror.

It will remain difficult to further expose church complicity in Argentina’s genocide, because the Catholic Church guards its secrets so well. This year on November 2 for example, the Vatican arrested two members of a now-defunct reform commission for leaking documents to the press about the Holy See’s scandal-wracked finances. And despite ongoing exposés of clerical sexual abuse of children and youth, the church’s legalistic and lying schemes to cover it all up continue.

Clearly the things Pope Francis and his church profess to care about these days— such as the impact of global capitalism on poor people and the environment — are simply media ploys to retain a dwindling church membership and deflect attention away from the mortal sins of the church fathers. Protecting the church hierarchy and the capitalist ruling class remains the main objective.

Send feedback to the author at: FSnews@socialism.com.