On April 9, six hundred thousand marchers for abortion rights in Washington, D.C. showed that the escalating war over women’s reproductive rights is revitalizing feminist activism. The U.S. pro-choice movement is stronger than at any time since 1973.

Along with the new upsurge comes an old debate, a crucial one, over “respectable” liberalism vs. militant radicalism. This dispute must be resolved in order for feminists to defeat the reactionaries, who are targeting the right to abortion on two fronts.

One battlefront is in the courts, through challenges to Roe v. Wade, the Supreme Court decision legalizing abortion. The other is in the streets. through barricades of abortion clinics spearheaded by the apocalyptic anti-choice group Operation Rescue (OR).

The Justice Department is pushing the Supreme Court to overturn the Roe ruling when it reviews a Missouri law which declares that “the life of each human being begins at conception.” The high court began hearing arguments on the law, which would ban public funding for abortions or abortion counseling, in April.

Leading up to the legal showdown have been months of violent assaults by OR on clinics from coast to coast. Feminists are meeting this onslaught with heroic, creative clinic defense work.

View from the frontline. I was there, along with other representatives from Radical Women (RW) and the Freedom Socialist Party, when OR hit Los Angeles on February 11 and March 25. Both times hundreds of women and men of all ages — students, leftists, and lesbian/gay activists — mobilized at dozens of clinics. Linked to other clinics and central command by car phones, we stood ready to confront the rightwingers wherever they might strike.

On February 11, OR attacked two L.A. clinics within a block of each other. When we learned their location, we rushed there in droves.

Police stood by while OR illegally blocked clinic access for five hours. Then, escorted into the clinic by cops, OR agreed to leave after being shown records proving there were no abortions that day!

This violation of patients’ right to privacy is an abomination. Next, if not stopped, the anti-abortionists will be halting abortions at the operating table!

How to stop them? Here’s how not to — by conciliating with OR and the police while exhorting demonstrators to avoid any confrontation with OR. This was the route some pro-abortion liberals took that day.

Fearing militant confrontation — and feminist radicalism — far more than they fear the ultraright, these liberals wanted to keep abortion rights defenders “lawful.” Never mind that the cops, who supposedly embody the law, were providing illegal support to the OR fanatics. The law is presently on the side of abortion rights. But not for long if liberals railroad the movement into “nice,” unobjectionable actions only.

Turnaround. Outraged by what happened on February 11, feminists turned the L.A. movement to broader, more militant organizing to prepare for OR’s three-day siege in March. Under pressure from experienced clinic defenders, the L.A. Coalition to Keep Abortion Safe and Legal opened itself to criticism and democratic discussion about the best way to beat back OR.

The coalition includes Planned Parenthood, NOW, RW, Fund for a Feminist Majority, California Abortion Rights Action League, Fired Up for Choice, ACLU, ACT UP, Democratic Socialists of America, and many other groups and individuals. It debated its differences, paving the way for a genuine united front. We recognized the need for unity, but agreed that a wide range of tactics for fighting OR was open to coalition members. To ready for OR’s siege, some members organized rallies and press conferences; others met with city officials to pressure the police to arrest OR; some planned for clinic defense; and some infiltrated OR’s meetings.

The results were powerful. We mobilized thousands in our cause, mounted a tremendous media campaign, and persuaded the police to do their job. Chains of immovable, chanting demonstrators with linked arms kept targeted clinics open, and hundreds of OR reactionaries, including leader Randall Terry, were hauled off to jail.

Calling all militants. Women weren’t handed legal abortion in response to polite requests. Radicals, many of them poor and Black, won it through dramatic, bold militancy in the late ’60s and early ’70s. They spoke out for abortion at a time when it wasn’t a topic discussed in public, and they were willing to break the law in order to win abortion reforms.

The historic April 9 march to defend Roe v. Wade — the biggest women’s rights march ever-must be followed by sit-ins, starting at the Supreme Court, and continued combative defense of abortion clinics. We must keep insisting that the police remove OR from clinic doors so that staff and clients can enter. If the police won’t do it, then we must get the women in ourselves.

This is what it will take to convince the court that we will not go back to the days of back-alley abortions.

Women know that the loss of reproductive rights means economic and social servitude. This is just as true for young women, who are turning out in heartening numbers to fight for a right they have never lived without. The march on Washington and nationwide offensive against OR prove that we have the power to keep abortion legal and accessible through a sustained, broad, militant, multi-issue movement against the ultraright. 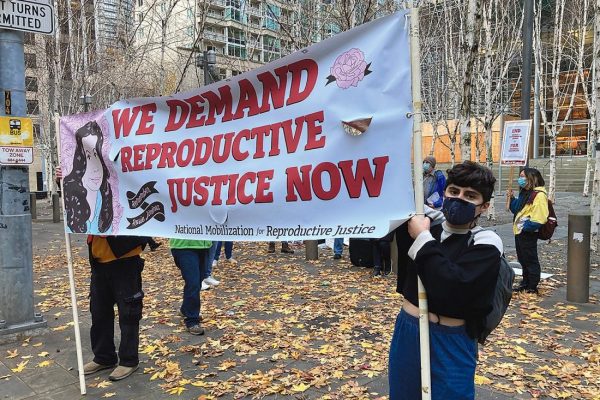 Fighting to save the right to abortion 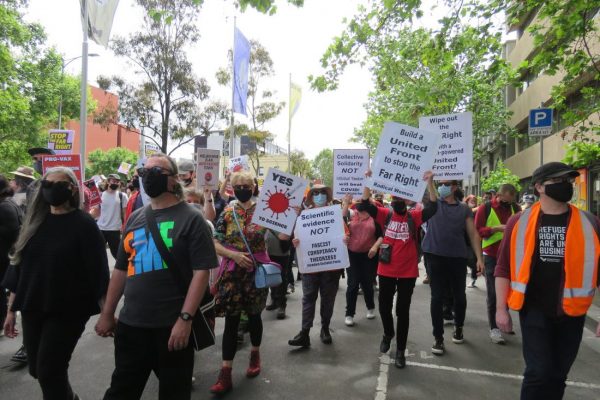