Unsung history of Black leadership in the Civil War era

For instance, the Civil War was not begun to “preserve the Union.” Southern plantation owners started it to preserve Black slavery. And it was won by the most massive slave revolt in history — a second U.S. revolution, which decimated the Southern plantation economy and defeated its military. Slaves fought and died and freed themselves. Then in that all too brief period of Black Reconstruction, they accomplished remarkable feats of democracy building.

The truth will out. With the exception of dedicated abolitionists, many northern whites didn’t much care about the barbarity of slavery or about going to war with the South. Fledgling capitalists did need wage labor to expand a young industrial economy westward. Limited slavery they could live with, but not secession.

Southern planters were desperate to sustain their antiquated agrarian system and spread slavery into the West. They needed to reinforce racist doctrines of “Black inferiority” to obstruct working-class solidarity between poor whites and Black workers.

Early in the war, runaway slaves supported the Union military as laborers and spies, guides in unfamiliar Southern territory, caregivers for wounded union soldiers, informers on Confederate army positions. Scarcely a year after the war began, Du Bois writes, “Lincoln faced the truth … not simply that Negroes ought to be free; … thousands of them were already free, and that either the power which slaves put into the hands of the South was to be taken from it, or the North could not win the war.” Hence the Emancipation Proclamation, in January 1863.

That unleashed 3.5 million women and men to mount a general strike against plantation owners, and 200,000 more to join the Union army as soldiers. “When he rose and fought and killed, the whole nation with one voice proclaimed him a man and brother. Nothing else made emancipation possible in the United States. Nothing else made Negro citizenship conceivable, but the record of the Negro soldier as a fighter.” A war launched by the South to make slavery everlasting — brought it crashing down.

Most importantly, with the help of brave abolitionist women school teachers from the North, along with Union financial and military support right after the war, freed women and men founded public education in the United States. Schools were packed day and night by ex-slaves who saw education as the primary path to equality and self-worth.

This was all possible because the new citizens were defended for a time by the Union’s military occupation of the South, and the unique Freedmen’s Bureau that enforced civil rights laws and provided jobs. Defense was desperately needed, during and after the war, because of vicious militia attacks by white supremacists such as the Ku Klux Klan and the White League — with “the open record of five thousand lynchings, [and] jails bursting with black prisoners.” They burned schools and whipped Black workers to death for doing paid labor.

Revolution postponed. To resolve the highly contested presidential election of 1876, Southern Congressional Democrats gave the Republican candidate victory, in return for withdrawal of all federal troops from the South. This essentially halted Reconstruction. Freed slaves were abandoned to a South determined to revive white supremacy with Black Codes and Jim Crow segregation.

And it went global. “Imperialism,” wrote Du Bois, “the exploitation of colored labor throughout the world, thrives upon the approval of the United States, and the United States gives that approval because of the South.” Domination of weaker nations is endorsed by the USA — based on racism.

For decades, Du Bois’ revelations of Black power were mocked, disputed and hidden by elite university historians who were “passionate believers in the inferiority of the Negro.” Not until the Civil Rights Movement of the 1960s did most historians admit that Du Bois was right. That “Second Black Reconstruction” of the ’60s banned segregation, passed the Civil Rights Act, and advanced multi-issue, multiracial solidarity and consciousness across the country.

Today, we are living and fighting together in the midst of an urgent Black Lives Matter rebellion against police abuse and capitalist corruption, again led by Black activists. Absorbing our true history is critical to completing the revolution that slaves began during the Civil War. 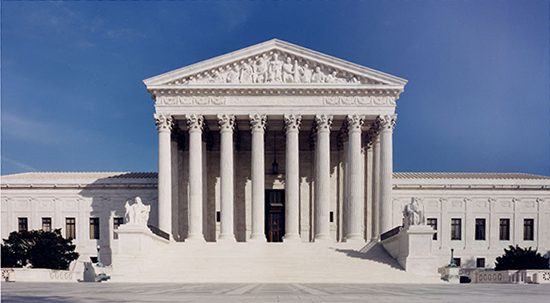