socialism Why I Joined

When my world opened

Grow up. Get married. Have kids. Work until I get a real life. Refrains from my youth and young womanhood that I played while being a secretary.

Bethlehem Steel Corporation sent me, under its Educational Assistance Program, to San Francisco State, in the early 1970s. My supervisor signed off on courses: Feminist, Asian American, Creative Writing, English Literature and the like. What relevance did such courses have to do with my secretarial job to the treasurer of the Pacific Coast? Would I get promoted to office manager? Would I call my own hours? Would I receive a bigger pension? Well, nothing, no and no. Thrust into college, though only at night, because I was working full time. Being older — in my mid-30’s — but actually going to college was a dream long deferred by my scaredy-cat former life, obedient to my mom’s admonishing that our family was too poor to send all seven kids to university.

I met the Freedom Socialist Party and its sister organization Radical Women in Women’s Studies, radical sisters and brothers in Asian American Studies, and earnest students in English Lit. I was writing feverishly as a new-born student and organizing for the inclusion of women and people of color in the English and Creative Writing Departments. I jumped into organizing a full-day conference for International Women’s Day. Finding voice, letting my silences explode through organizing, my world split open.

I wrote poems, got feedback. A professor told me that I should toss my angry stuff into the garbage can. To the rescue, truly, came support from Karen Brodine and Sukey Wolf and others in the Women’s Caucus for Creative Writing and Literature. Don’t listen to him, they said. The taste of rebellion and action. Sweet.

The women’s moment was riding high in the ’70s, galvanized by movements for Civil Rights and ensuing electrifying battles for Ethnic Studies and a Third World College. Race, sex and class. Disability and poverty. White supremacy and exclusion. Private property and public ownership. Bosses and workers. Income and housing inequality. Ongoing wars, capitalism’s inhumane tools for upholding the profit system.

Joining the FSP was no light decision. I was too busy already. Working full time. Married. Me, an activist? A thinker, a doer? An organizer? Wherefore art thou I asked myself over and over. You’ve got to go where you’ve never been before: fighting with comrades in a combat organization against an economic system that kills and maims, imprisoning people for their radical beliefs or driving while Black, smashing the falsehoods of capitalism that one succeeds by robbing the poor and that women must keep their mouths shut to sexual slavery and abuse.

But join I did, rubbing elbows and massaging minds with fighters for equality, for emancipation of the human race against capitalist greed and terrorism of workers, economic inequality based on the color of one’s skin, gender and disability, homo sapiens of different abilities. To participate with full agency against war, against class exploitation — that was for me. I was breaking through: Only a secretary! Indeed, as a working woman of color, the FSP convinced me that being in a multiracial and multigenerational party of revolutionaries provided opportunities to be a part of the struggle for full human liberation. I could not fight alone; comradeship was key, the most oppressed would lead. From theory to action, I wanted in.

Socialist feminism, as embodied in the program and action of the FSP and Radical Women, became home. I’m still here, albeit gray-haired, with wrinkles and slower steps. Clara Fraser, party founder and feminist supreme, said it well: “And what better fate can a person carve out than participation in the emancipation of humanity?”

I had few role models in my younger apolitical days. A Chinese American revolutionary feminist bursting with pride working with young comrades across the color lines actively making the struggle for a beautiful and healthy society a reality. No lies, no fiction. True poetry. Leadership lives in multiracial organizing for socialism. It’s hanging tough. It’s being home. 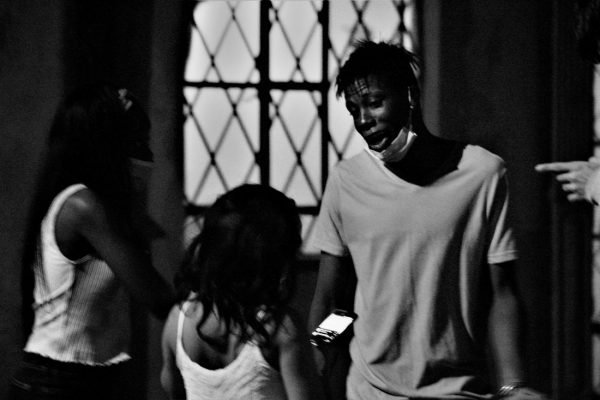