socialism Why I Joined women & feminism

A mother on a mission

With skyrocketing rent, increasing tuition, environmental destruction, and economic inequality, I worry about my children’s future. This is why, on top of my many obligations as a parent, I joined the Freedom Socialist Party (FSP). Here, I put into practice what I have learned in theory.

My first experience with the Freedom Socialist Party was during the campaign to free indigenous leader and political prisoner Nestora Salgado. Salgado had helped lead a people’s self-defense force in the southern Mexican state of Guerrero. There she ran afoul of corrupt politicians with ties to drug cartels and was wrongly incarcerated as a result.

The FSP was the first organization to offer aid to José Ávila, Nestora’s husband, who was desperate to find support for his wife. For the next two-and-a-half years, the FSP fought tirelessly for Nestora’s release, building a defense committee and a broad coalition that spanned borders. This campaign showed me FSP’s dedication to international issues and feminism, and its organizational expertise.

Solidarity of the oppressed. While working with this campaign, I studied the party’s book Revolutionary Integration, which offers a Marxist analysis of race. Revolutionary integration teaches that the massive involvement, voice and leadership of people of color is necessary for a revolution in the U.S.

Its ideas became a fundamental tool in fighting off identity politics from some quarters of the defense movement. Our political opponents only wanted to work with Mexicana/os and Latina/os, and they attacked white comrades and the multi-racial FSP for leading the defense effort.

FSP members understood the importance of unifying diverse forces and did so without hiding their revolutionary politics. They knew that identity politics create isolation by focusing on issues as individualistic rather than interconnected.

This was very true in the Salgado campaign. It was never purely about Salgado but also about the dozen other arrested Guerrero community defense members and the broader implications of indigenous rights. It was an opportunity to bring people together against shared oppressive forces — capitalists of all colors and nations. It was about building an international movement of working-class solidarity across racial lines. This feat of solidarity built pressure for release of Salgado and other political prisoners in Mexico and for an end to U.S. funding of militarism south of the border.

Without the analysis of revolutionary integration, the movement might have been divided and eventually controlled by opportunist political figures. Salgado might still be in prison. Though her politics have veered in a different direction since her release, I am very proud of the part that FSP and I played in freeing her.

Quality over quantity. Numbers are important. But what good are they if you’re losing members at the same rate you gain them? During the last presidential campaign, several socialist organizations jumped on board to support Democrat Bernie Sanders with the idea that such popularity would increase the size of their membership.

Not the Freedom Socialist Party. Despite criticism from some on the Left, the FSP held on to its principled politics. The party knows we cannot fix capitalism to be “kinder and gentler.” Reforms under capitalism are constantly hanging by a thread and always at risk of being cut off. So endorsing a candidate running on a capitalist party platform like the Democrats is a contradiction to socialism.

The seriousness and principled politics of the FSP were crucial to my joining. I was motivated by its dedication to bringing about revolutionary transformation, something that I know, as a woman of color, mother, and worker, is necessary.

With current U.S. policies and political leaders, it is easy to be disillusioned about what can be done. But being part of the FSP has offered me a radical vision.

I am a woman on a mission, seeking to not merely seal the cracks in our society but to rebuild a sturdier road. Alone, this would not be achievable. I hope that I can instill courage and optimism to the readers of this piece so that together we can demand and win a more just and humane world. 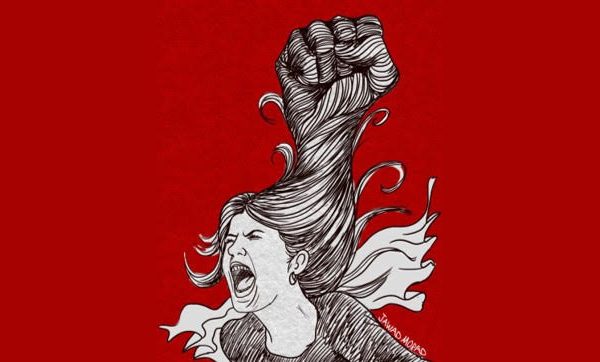