Picture the white wall of a hospital corridor. Screams come from within. A small aperture opens, and — as though looking through a chador — we can see the eyes of a nurse. She announces the birth of a beautiful girl to an awaiting female relative. But the woman is devastated, and she runs out of the hospital. Her daughter needed to bear a boy in order to satisfy the husband’s family.

Outside, we encounter Nargess, Arezou and Maedah, who were just released from prison. They are looking for a fourth woman, Pari. They want to get out of the city but have no money. For no obvious reason, Maedah is re-arrested by police patrolling the streets. Their job is to look for crimes against Islam. Arezou disappears into a commercial building, where, we presume, she performs sex to raise the money. When we catch up with Pari, she is being thrown out of her home, because she brought shame to the family.

We follow the sequence of gut-wrenching situations, woven together through the experience of these four women. The film concludes with all of them back in prison. The last scene is a grey wall with an aperture being shut by the warden. This time, we see the re-captured women huddled in a large cell.

The Circle is confronting. From beginning to end, filmmaker Jafar Panahi shows us the stark reality for most women in Iran. Living independently from a man is a crime. We see the absolute fear of women trying to survive under the religious regime. A woman is arrested for being dressed in modern clothing and walking alone at night. Pari is pregnant, but she can’t get an abortion. Another woman, a single mother, can no longer look after her young daughter. She abandons her on the street, hoping that someone will take her home. Instead, she watches the police take the sobbing child away.

Portraying this misogynist cruelty makes the film worth seeing. But for viewers with no knowledge of Iran’s history — especially the revolutionary role that women have played — the film is utterly pessimistic and misleading. When I saw it, many left the theatre with nothing to say, except “I’m glad I don’t live in Iran.” This reaction showed the film’s failing.

Hear her roar. In 1979, women — in their millions — were on the front lines of the Iranian Revolution that tore down the feudal monarchy and expelled the Shah. This was not the first time they resisted. Under the Shah, women faced the same social, legal and economic discrimination of today. They were unable to marry, leave the country or find a job without a male guardian’s permission. They automatically lost custody of their children in a divorce case. Sons inherited twice as much as daughters. When joblessness soared, women bore the brunt, working in the most dangerous and low-paid industries.

Despite — and because of — such rank repression and exploitation, women fought back throughout the twentieth century: after the 1917 Revolution in Russia, after the Second World War and then in 1979. Egyptian feminist writer, Nawal El Saadawi, describes the 1979 revolution as “a militant popular uprising, surprising in its depth and resoluteness.” Iranian workers prepared to take power. Women formed political organisations such as the Women’s Solidarity Committee, held sit ins and took to the streets en masse.

Through revolution, women won the right to divorce, sit on the judiciary and be drafted into the police and army. They also gained entry into Teheran University. But the new Islamic Republic, headed by the Ayatollah Khomeini, stripped away these rights within the first month of rule. Its new laws gave men exclusive right to divorce and custody of the children. The age of marriage was lowered from 18 to 13, and men were allowed to have four wives and unlimited temporary wives. The husband could forbid his wife from working. Iranian women demonstrated their disapproval. On International Women’s Day 1979, 100,000 women again took over the streets, demanding the reinstitution of laws that Khomeini had scrapped. The demonstrations continued for several days, as women fought pro-Khomeini forces.

By disappearing the revolutionary sisters and foremothers of the women inmates, The Circle does not educate us about their struggle. By controlling women, the Islamic State reins in the revolution. Iranian viewers would understand this, which is probably why the film is banned in that country.

War on women is international. Religion is a time-honoured weapon of oppression, but it’s not the cause. As long as a few prosper from the labour of others, women pay the price. Such a system, whether feudal or capitalist, requires generations of workers, cared for — at no cost — from cradle to grave. Religion is used to convince people that a system so perverse is righteous.

From yesterday’s Shahs to today’s Mullahs, Iran’s Heads of State have controlled the population by subjugating women through Islam. This is by no means unique. With the global profit system in ever-deepening crisis, leading capitalist countries are “restructuring” their workforces and gutting social services. Working women are being re-assigned to the home front to look after society’s children, disabled, sick and elders. George W. Bush and John Howard invoke Christian “family values” to legitimise this forced march back to the male-headed home. Howard’s “Baby Bonus” payment is a cheap enticement for working class mothers — who can’t afford childcare — to stay home. Australia’s religious patriarchs have ensured that women are legally denied their right to make real reproductive choices.

Universal lessons. Once the doors of progress are opened, as during the Iranian Revolution, it is difficult to completely shut them again. For the women of Iran, the struggle for freedom is not finished. The gulf between the wealthy minority and the workers, who face increasing poverty, is growing. The Circle shows that the completion of the revolution is necessary and urgent.

Viewing the film as a socialist feminist worker and mother, I was reminded of how women’s oppression, based on our sex, unites us in a common historic task: to fight for a world free from poverty and war. Women throughout the world can relate to the plight of our Iranian sisters. We can also learn from the women leaders who were pivotal in the events of 1979. In Australia, feminists’ job right now is to demand the end to “border protection” and welcome all who seek asylum — including the thousands of women and children fleeing Iran. We must also stop the U.S.-led war drive, to which Canberra has committed millions of dollars and troops.

Ultimately, we share the unstoppable struggle of our sisters and brothers in Iran to bring in a new world order based on cooperation, not competition and serving everyone’s needs, not profiteers. Let’s join them. 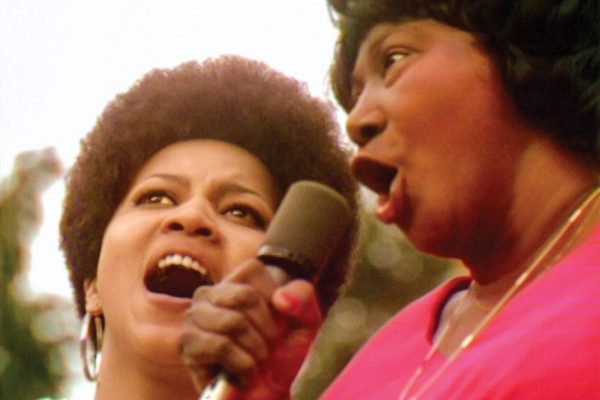