Essential to understanding the connection between racism and revolution 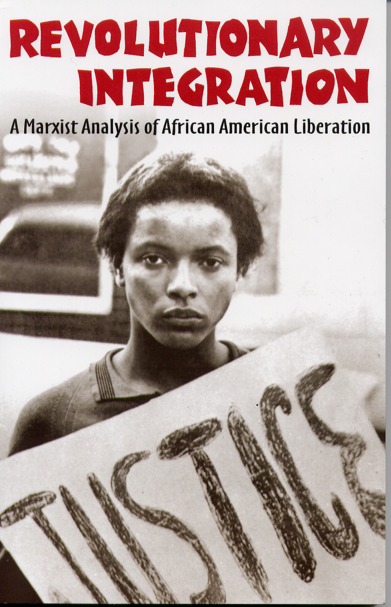 My hometown, Guilford Connecticut, had one African American family. The only other family of colour was from Puerto Rico, brought in as cheap labour for Pinchbeck’s prosperous rose farm, just down the road from my house. We kids went to primary school together. Our education system didn’t provide much for special needs, so my eighth grade teacher asked me to help Maria with her English.

When I was 16, my father was retrenched from U.S. Steel and my family packed up and moved south — first to Jacksonville, Florida and then to Atlanta, Georgia. My first job after graduating from a white university was with Delta Airlines as a reservations clerk. Three hundred of us, mostly women and African Americans, worked in shifts around the clock. Thirty years later, certain memories still stand out: arriving at work one morning to hear that a co-worker’s husband had been lynched; the constant, despondent calls from draftees, overwhelmingly African American, checking into military flights to Vietnam; the looks of hatred on the streets at a young white woman mixing with her Black workmates.

With the explosive events of the 1960s, these experiences eventually made sense. It took the gunning down of students at Kent State University by the army, the assassinations of Martin Luther King and Malcolm X, and, most importantly, the Civil Rights movement — for the penny to drop. White supremacy is the foundation of the economic and political system of the United States. Freed from formal slavery in 1865, African Americans were then shackled by apartheid. For nearly 150 years since the fall of the southern Confederacy, white supremacists have continued to hold the reins at all levels of State power: from county sheriff to Supreme Court judge and from small-town mayor to the White House.

Yet it wasn’t until I first read the documents recently compiled into a new Red Letter Press publication that I understood why this is so and the place of African American workers in the struggle to overcome it. Part I, Dialectics of Black Liberation, first appeared as a resolution proposed to the 1963 national convention of the Socialist Workers Party (SWP) by Richard Fraser and his co-thinkers. The SWP leadership’s opportunistic tail-ending of Black nationalism (and anti-feminism in the labour movement) and its slandering of minority positions, led Fraser and others to leave, founding the Freedom Socialist Party (FSP) in 1966. Part II, Revolutionary Integration: Yesterday and Today, was written by Tom Boot for the U.S. FSP National Committee and adopted at the 1982 National Convention.

Revolutionary battles. Fraser opens the 1963 resolution with these words: “The Black revolt in the southern U.S.A. stands objectively on the threshold of a new stage in its development: a stage of political organization for revolution, involving a showdown struggle against the southern police state and for a new democratic political system.”

The “southern police state” (actually a combination of several Southern states and parts of states) was an unconstitutional regime which, by brute force, prevented Blacks from voting and outlawed public assembly and free speech for Black and white workers alike. Union organising was impossible. Fraser characterised the southern regime as “fascist-like.” Fed up with efforts at reform, Black militancy came to the fore and was preparing to tear the totalitarian regime apart. The Montgomery Alabama bus boycott of 1955, spurred by Rosa Parkes’ refusal to move to the “coloured section,” had preceded them. So had Robert Williams, a Black activist who armed communities against the Ku Klux Klan and police and brought together Black and labour militancy. By 1963 the South was engaged in a new Civil War.

Oppressed Race or Oppressed Nation? Fraser critiques the attempts of middle class Black leaders to assimilate their people into white society and others’ national separatist alternative. He then takes us to a core debate among radicals: what is the nature of the Black struggle in the United States and what is its relationship to the overall class struggle? Are African Americans oppressed as a nation or as a race? This question is critical, because the answer decides how the Left should orient toward Black leadership, especially nationalist separatism. A nation  has the right to decide its own destiny, even if we do not agree. But we always reserve the right to argue against separation.

To be a nation, African Americans must be united by an exclusive geography and a common heritage, language, history and mode of production — all this making up a distinct culture. They do not meet these criteria as, for example, Australian Aborigines and Native Americans do.

Rejecting Fraser’s arguments, the leadership of the SWP skewed the debate into an esoteric argument about whether Blacks are a “potential” or “emerging” nation. This allowed the party to uncritically follow the reactionary Black Muslims who, led by Elijah Mohammed, collaborated with the CIA and murdered Malcolm X in 1965, just as he emerged as an internationalist, socialist revolutionary leader.

The FSP quickly adopted Revolutionary Integration as its programmatic position on Black liberation in the United States. Only the integration of Black and white workers, in a common quest for revolution, will achieve it. This position was borne out by the subsequent demise of the Civil Rights movement, its effective leaders murdered, jailed or co-opted. As Tom Boot puts it : “Slowly but noticeably, the Black community went back home. Tired and demoralised, it closed the door on mass action.” In its place there appeared a layer of middle class Black politicians and a deeply misogynist, rightwing cultural nationalist movement which represented “resigned adaptation to the fascism of forced separation.” Or to put it another way, “Their pro-capitalist, anti-revolutionary programs were nothing but prescriptions for suicide.”

Absence of leadership. The position of people of colour in the U.S. is dire. More young Black men are in prison than in university. Poverty is absolute, preventable diseases abound and life expectancy is falling in the ghettos and rural villages where Black people are still segregated. The civil rights gained in the ’60s have been progressively clawed back by every presidential administration since Reagan’s. Blacks know all about “war on terror” — they’ve been suffering under one since their ancestors were first kidnapped from Africa more than four centuries ago. Where are the leaders? Boot again: “at the White House for a crisis chat over lunch” (or managing Bush’s pre-emptive wars!). In the communities, there is another leadership, but it’s generally concerned with the everyday fight for jobs, welfare and keeping young men out of prison. It’s not that people lack the will to fight back — look at the Rodney King riots in Los Angeles and a similar struggle in Cleveland, Ohio last year. What is needed is a country-wide organisation and a program for real change.

International vision. Is there hope amidst the gloom? Yes, there is. It comes from the struggle of Black Africans against neo-colonialism which, as Boot states, is “fervently supported in every U.S. Black community.” The fact that apartheid is gone and that African peoples are slowly dealing with the imperialist puppets installed to ensure the smooth export of Africa’s vast resources, shows that resistance is possible. This is not a new phenomenon. The most militant leaders of the Civil Rights movement pointed to the struggle of the Vietnamese against the common enemy: the White House mafia. As Mohammed Ali famously said: “No Viet Cong ever called me nigger!”

And it worked the other way. Around the world, many movements of people of colour were inspired, learned from and supported the brave fight for basic rights that raged across the U.S.A. for more than a decade. And not only those movements, but lesbian and gay activism, the feminist movement and the anti-corporate struggle all owe something to the titanic revolt that defined the U.S. in the 1960s.

Why is this debate important on the other side of the Pacific? Because we need a revolution in the United States. Because the peoples of Palestine, Iraq, Afghanistan, Cuba and Venezuala need it. With the world being terrorised by the most powerful police state in history, the role of African Americans as key leaders of the battle to topple it could not be more important.

The publication of Revolutionary Integration is very timely. I couldn’t put this book down. It’s for freedom fighters everywhere to learn the lessons, heed the mistakes and be inspired by what a U.S. revolution will achieve.