THROUGH BLACK EYES: A Unique Approach to Family Violence

Through Black Eyes: A handbook on Family Violence on Aboriginal and Torres Strait Islander Communities. Published by the Secretariat of National Aboriginal and Islander Child Care Agencies.

Aboriginal women have developed a unique approach to combating domestic violence. Through Black Eyes is a landmark document coordinated by Torres Strait Islander, Maryanne Sam. What makes this handbook different is that its approach to combating violence in the home places the focus on community-inspired, rather than state-driven, solutions. It is not too difficult to work out why.

The indigenous people of Australia are the most imprisoned group of people in the world. Aboriginal people are jailed at least ten times more than white Australians and those who appear in court are four times as likely to receive a prison sentence as non-Aboriginal Australians. A short jail sentence for a minor offence can turn into a death sentence for a young person in racist Australian prisons. Aboriginal people have a very heightened consciousness of the repressive role of the police. So is it any wonder that Aboriginal women are seeking an alternative to calling in the cops when they experience domestic violence?

Through Black Eyes lays bare the facts of domestic violence within Aboriginal communities. In most states of Australia, over 70% of assaults on Aboriginal and Islander women were carried out by their husbands or boyfriends. A recent survey on 120 households in the Adelaide Aboriginal community revealed that 90% of women and 84% of young girls had been raped at some time in their lives.

In one Queensland community, more women have died as a result of violent assault than all the Black deaths in custody in that state.

Through Black Eyes varies from the standard feminist approach to the issues of domestic violence and incest. Years of feminist organising to combat violence against women and children have led to a multi-pronged approach. Feminists mount a critique of the patriarchal nuclear family and then, within this framework, demand that violent behaviour in the home be treated as a criminal violence.

After years of intense political campaigning for resources for services, some refuges now exist to enable women and children to leave violent home situations. Of course the traditional critique points out the economics of the question, too. Women and children are often economically dependent on men.

For domestic violence to be eradicated, women need genuine economic independence. Feminist services, such as the Domestic Violence and Incest Resource Centre and Women’s Information Referral Exchange, also criticise the current trend towards providing services for violent men. They say that men, the perpetrators, do not need support. They need society to tell them squarely that their behaviour is criminal! Many feminists working in the area of domestic violence and incest are angry that resources are being cut back for the already inadequate women’s services, while at the same time there is a lot of discussion about providing courses in “anger management” for men.

In contrast, the approach taken in Through Black Eyes can be a little bit disconcerting on first reading. A trend throughout the report is an emphasis on the importance of family. It is hardly surprising that Aboriginal women see “family” as a haven rather than a hostile institution, when the Australian State has spent nearly two hundred years trying to destroy Aboriginal families by removing children from their mothers. But conversations with Koori women about what is meant by the term reveals that in Aboriginal usage, “family” means extended family or community rather than the atomised patriarchal nuclear institution. The common terms “aunt,” “sis” or “bro” reveal little about technical family relationships but a great deal about the strength and closeness of communities.

Through Black Eyes also differs from the usual feminist analysis of domestic violence in relation to the role of the police. The handbook says squarely that the police, as an institution, is racist and the law is racist. Consequently the vast majority of Aboriginal women refuse to use the legal system for protection. They say “We want the violence to stop, but we don’t not want our men to go to jail.”

Many feminists worry about the issue of violence against women being used to grant police more powers. Jail, as an institution, has also been the subject of a lot of feminist criticism. Is it then any wonder that Aboriginal feminists express great concern about using the legal system to deal with domestic violence?

So what does the handbook advocate instead? First it provides information about restraining orders and women’s refuges. But the major idea behind the handbook is education.

Through Black Eyes starts from a particular theoretical premise, which is based on a statement that runs throughout the entire report: Family Violence is Not Our Way! It starts with a history of family violence in Australia and contrasts 18th century English attitudes towards women to pre-invasion Aboriginal attitudes towards women. British Common Law stated that a man could beat his wife as long as the object he chose to do it with was no thicker than his thumb. In the early 1900s, the New South Wales police were directed not to interfere in “domestics” and were told the “husbands should not be taken into custody for minor assaults on their wives.”

Although a division of labour based on gender existed in pre-invasion Australia, the roles of both women and men were held in esteem. Traditional cultural values include an emphasis on the extended family or community, and responsibility for each member of the extended family was shared by all.

Some violence did indeed exist, but any person who caused harm or dishonour to another was dealt with according to customary law. Domestic violence, as we know it today, did not exist.

The slogan, “Family Violence: Not Our Way,” occurs right throughout. So does the idea that issues of family violence should not be privatised. They are matters for the whole community to deal with.

I think the perspective in Through Black Eyes is a very exciting one, because it shows both women and men that they have a great deal to gain by eradicating domestic violence and child abuse from their communities.

This makes Through Black Eyes both an excellent practical handbook and an important Australian feminist document. The message throughout is that both domestic violence and child abuse are unacceptable, it must stop, these are issues for the whole community to intervene in and, in short, violence against women and children is un-Aboriginal. 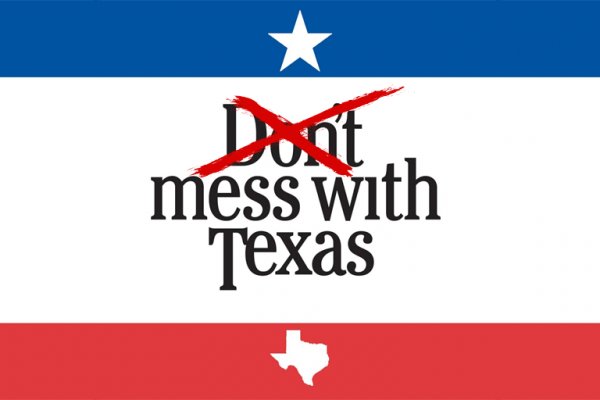