The federal government is at war with its own workforce. But its strategy to starve public servants into giving up a generation of hard-fought working conditions is backfiring. Workers in the largest public sector agencies have shown they’ll fight for as long as it takes. In vote after vote, public servants have rejected sub-standard offers that would deliver poor pay outcomes, remove union rights and strip all but the most basic of conditions. 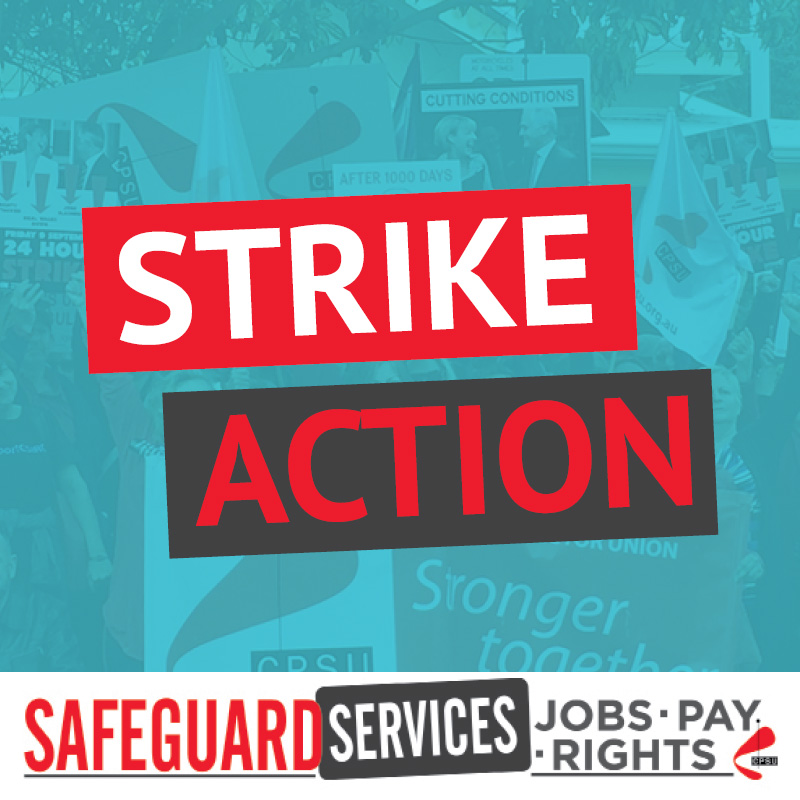 In the biggest agencies—Department of Human Services (DHS), Defence, the Australian Tax Office and Immigration—workers have delivered not one, not two, but three decisive votes rejecting management offers. The No votes remain numerically solid, despite workers enduring a pay freeze for more than three years. In some agencies, they have increased. In Agriculture, workers voted against management’s offer for an unprecedented fourth time. In the Department of Defence they imposed bans, and in DHS the year ended with more rolling strikes. Most agency agreements expired in June 2014, and two-and-a-half years later, the government hasn’t been able to reach agreement with two-thirds of its workforce—about 100,000 staff.

Hands tied. Despite the rhetoric that agency bargaining is between departmental heads and their respective workforces, the government’s rigid bargaining framework renders agreement almost impossible. Pulling the strings is Minister for Employment Michaelia Cash, aided and abetted by Public Service Commissioner John Lloyd. Both refuse to talk to the Community and Public Sector Union (CPSU). This duo are ideologically driven, anti-worker free marketeers with long track records.

In December, a Senate Committee released the findings of an enquiry into public sector bargaining. It had received more than 600 submissions. Its report, titled Siege of attrition: the Government’s APS Bargaining Policy, describes the government’s approach as “cruel and heartless” and documents the permanent damage caused by plummeting morale. It strongly recommends that the bargaining policy retain workers’ existing rights and conditions, including family-friendly rostering and leave arrangements. It argues that the framework must allow for enhancements, such as introducing domestic violence leave. It further recommends the maintenance of consultation and dispute resolution clauses and workers’ right to choose union representation. The CPSU launched a petition demanding that the government immediately act on the recommendations. Sign the petition here.

MOG mess! When new governments are elected, they reshuffle the public service, moving various programs from one department to another in what is called Machinery of Government (MOG) changes. This adds an extra challenge for reaching agreements, with workers within the same agency starting the negotiation process on different pay and working conditions.

One of the biggest bargaining debacles is in the Department of Immigration and Border Protection (DIBP). This department formed on 1 July 2015 from the merger of former Customs Service and Department of Immigration —each with its own Enterprise Agreement containing different pay scales, working hours, allowances and conditions. Management’s offers included plans to cut the pay of former Customs staff by up to $8,000 by removing various allowances. Its second offer proposed two different pay scales, with the female-dominated former Immigration staff on a lower rate. The Departmental Secretary’s argument that they are less skilled made these workers even more determined to fight!

Crude attempts to make workers pay for the MOG with their working conditions escalated their support for union action. Every time CPSU members were called on to act, they did so with gusto, including planned strike action in the lead-up to Easter 2016. While management claimed the strikes were a flop, they were anything but. The government went to Fair Work Australia (FWA), claiming that strike action posed a threat to national security. It asserted, according to Section 424 of the Fair Work Act, that strike action would “threaten to endanger the life, the personal safety or health or the welfare of the population or part of it.” FWA fell into line and banned strike action for three months. The CPSU leadership complied. 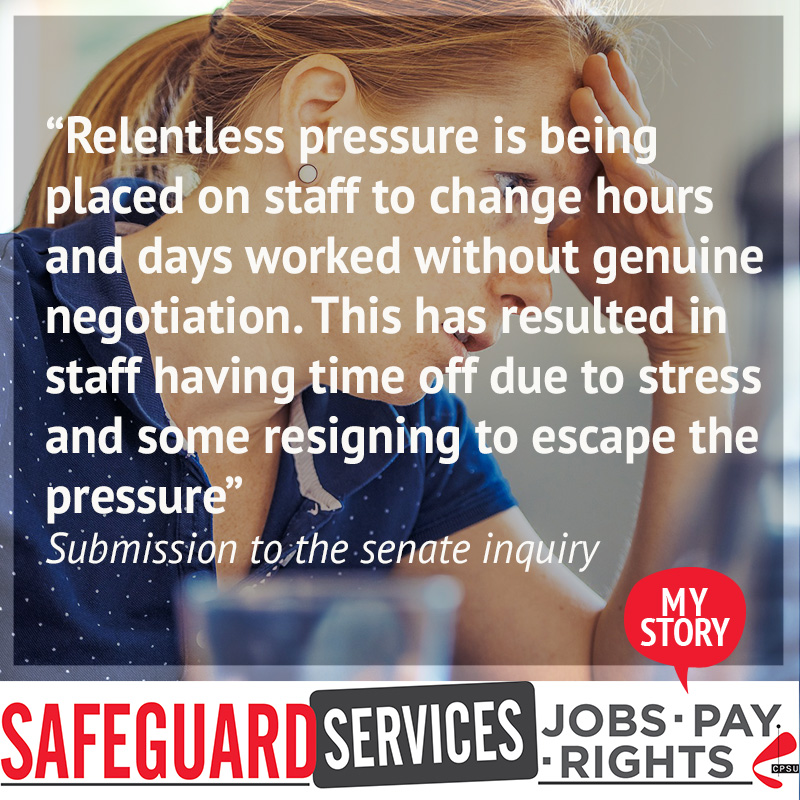 When the strike ban ended, the CPSU surveyed delegates for the next course of action. Delegates overwhelmingly voted to take the strongest possible industrial action, “despite the risk this could result in arbitration.” Other options included weaker action to avoid this risk.

The CPSU authorised unionists to walk off the job at any time, frustrating the ability of management to use strikebreakers. This was having a huge impact, and the government again called in FWA to intervene. The union officials argued to terminate strike action and the bargaining period and to move to compulsory arbitration, while management argued for another temporary suspension of industrial action. FWA supported the union’s call for compulsory arbitration.

DIBP management and the CPSU lodged drafts for the FWA’s final decision. Management’s proposal is even worse than the offers previously rejected. Stripping all consultation clauses, it is a massive conditions grab and would see former Customs staff lose allowances and their pay frozen for years until former Immigration staff catch up. The union’s draft maintains conditions for all staff by applying the best from each of the agreements. It would deliver a pay rise for everyone and equal pay scales across the department. It includes a claim for back pay until July 2014 and, importantly, maintains consultation clauses and rights protecting workplace delegates.

When hearings in late December produced little agreement between management and the union, FWA issued a timetable for 21 days of formal hearings, from June to September 2017.

Policing the unions. CPSU members and delegates in DIBP have mixed feelings about the binding arbitration.

On the plus side, FWA is not bound by the government’s restrictive bargaining framework. It can also award back pay, which is important for workers who cannot hold out indefinitely as the cost of living keeps increasing. The government clearly has no interest in reaching agreement with its workforce. It’s hell-bent on starving workers into acceptance, even at the cost of permanently destroying morale. Unionists also saw management fight ferociously to prevent this compulsory arbitration outcome. The CPSU officials certainly saw it as a win. When delegates in other departments asked how they could also access binding arbitration, officials told them to follow the example of members in DIBP: take well-supported, militant industrial action.

There’s also a minus side. Under compulsory arbitration, FWA will make a determination that is final and binding on both management and workers. And while officials soothingly describe FWA as a “neutral umpire,” members angered by FWA’s earlier ban on striking are left scratching their heads.

Designed to make union action difficult, the Fair Work Act has the power to punish those who buck the system. The Registered Organisations Act and reintroduction of the Australian Building and Construction Commission, passed by Parliament in November 2016, give the State powers to control unions’ affairs—rather than unions being democratically controlled by their members.

Keep up the good fight. The CPSU is locked in a hard fight against a union-busting employer that is also the federal government. There is a lot at stake. Public sector workers have always set the pace on working conditions for the broader workforce. These are also the workers who deliver many of the services that the entire community relies upon. For public sector workers, it remains crucial to break down the sectoral silos, campaign across the whole service and mobilise public support. The immediate task is to seize every opportunity—industrially and politically—to dismantle the government’s bargaining framework.

There’s also a broader struggle. Historically, the union movement has been most effective when it has fought on behalf of the entire working class. Enterprise bargaining is designed to undermine the collective struggle of workers as a class and break workers down into atomised groups. The rulebook is written by the State, the first rule being to outlaw solidarity. But it is only when unionists start to seriously look beyond their immediate struggles and offer solidarity that working people can win.

Alison Thorne is a CPSU workplace delegate. Contact her at alison.thorne@ozemail.com.au

What workers should know about price gouging