“Have more children for the good of the economy,” was Treasurer Josh Frydenberg’s call to women when he recently announced Australia’s biggest budget deficit since World War II. “Population growth is the lowest since 1916!,” he exclaimed. Just a couple of weeks prior, the Morrison government abruptly ended its short-lived free childcare scheme, and workers in early childhood education and care (ECEC) were the first to lose the JobKeeper wage subsidy. This eloquently sums up how capitalism values women.

Profit, also known as “economic growth,” isn’t possible without women’s social reproduction. Women give birth to a fresh supply of workers to “keep the economy growing.” Women also provide the services needed to raise and prepare these profit producers for the workplace and keep them in good working order for the boss — from cooking, clothing and cleaning to counselling after a tough or traumatic workday. When funded services dwindle or disappear, women step in to support family members. From grandparents to great grandchildren, “women’s work” can extend over four, five or six generations — all of this at no cost to the economy.

In 2016, The Australian government’s Workplace Gender Equality Agency calculated unpaid care work for that year to be worth $650 billion, or 50.6%, of the Gross Domestic Product (the market value of all goods and services produced). The bulk of this is unpaid childcare, according to Price Waterhouse Cooper (PWC), making it the largest industry — larger than any in the formal paid economy. PWC found that women do 76% of childcare, 69% of care for adults and 72% of all unpaid work.

Sexist labour market. Capitalism justifies the abysmal wages in women-dominated industries — from hospitality and retail to education and community support — by treating their work as an extension of “home duties.” Highly insecure and exploitative, these are the jobs most open to women. And this cheap labour is highly profitable.

Early childhood education and care demonstrates this perfectly. Women are 97% of this workforce. After years of union campaigning, ECEC workers are still among the lowest paid in the country: the average hourly pay for these highly qualified educators is $22-$24 — just above the national minimum wage.

Yet Australia has the fourth most expensive childcare in the world, according to a 2019 World Economic Forum report. At least half of all childcare services are private, for-profit businesses, and parents could pay more than the cost of a private primary school.

To prop up the sector by mitigating the staggering cost, the government provides a Child Care Subsidy (CCS). Based primarily on family income, the payment goes directly to providers and then passes to the parent/s as a reduction in the fee. Still, a couple on an average income with two children typically spends up to 30-40% of their earnings on childcare, compared to an 11% average across other rich countries.

Childcare and early education is a class issue. It’s a niche market, unaffordable for most working parents — especially those, like ECEC workers, living on little more than the minimum wage. For women trying to survive on these pitiful scraps or having to leave work to care for children, the social and economic consequences are profound and far-reaching.

Free childcare blip.  When the pandemic hit, parents started removing their kids from childcare, because they had been stood down, sent home to work or lost their jobs. By early April, Early Childhood Australia estimated that 650 ECEC centres had closed. The Morrison government intervened with its relief measures.

To save the industry, the government had to make childcare free. It temporarily replaced the Child Care Subsidy with a “business continuity payment,” paid to centres to cover 50% of the fees they were charging. A service with a fortnightly revenue of $20,000, for example, would receive $10,000. To be eligible, a centre could not charge fees. Priority had to be given to essential workers, children who are vulnerable or disadvantaged and previously enrolled. Parents disqualified from the relief scheme were casuals employed less than 12 months and workers on temporary visas.

But then came the “snap back” to the pre-COVID status quo. Although the government had committed to run the relief scheme for six months, it announced in early June that free childcare and JobKeeper for ECEC workers would end in July. Education Minister Dan Tehan claims that attendance had returned to nearly three-quarters of pre-pandemic levels, and the scheme had “done its job.”

But Goodstart Early Learning, Australia’s largest childcare operator, says that half of its 60,000 families have had their incomes slashed since February. The campaigning group, The Parenthood, reports that 63% of parents who have lost their incomes would have to reduce days in childcare or remove their children altogether. And it’s typically mothers who leave work to raise the kids.

Melbourne’s six-week shutdown from early August makes the situation even more desperate. More working parents have lost their jobs or had their hours severely cut. And all childcare centres were closed, except for vulnerable children and those of essential workers.

Back to the home. Before the pandemic, the gap between women’s and men’s average pay was 32%, according to the Centre for Future Work. This is more than double the often-cited 14%, which applies only to women working full-time. Most women are in part-time, casual and temporary employment. Short-term casuals, overwhelmingly female, aren’t even covered by the JobSeeker subsidy.

COVID is driving women out of work in droves. Late June figures for women who lost their jobs (450,000) or had to drop out of the labour market (350,000) would be higher by now. Hours for women still in work have been reduced by 12%. Alison Pennington, from the Australia Institute’s Centre for Future Work, describes a “perfect storm” for women in the workplace, created by three inter-related factors: their high numbers in customer-facing industries shut down by health orders; their insecure employment, making it cheaper for employers to sack them; and the ballooning demand for care at home, forcing women to give up work.

Free childcare, forever! The COVID pandemic has accelerated the need for free childcare and made it a public issue. Working people got a taste of it. We know it’s possible. And the ACTU (Australian Council of Trade Unions) is running with it.

In its Economic Reconstruction after COVID-19 National Jobs Plan, released in July, the ACTU calls for permanently free childcare and pay equity for ECEC workers “relative to the market value of equivalently skilled workers in mostly male industries.” Yes! These struggles are inextricably linked and must be fought together.

However the ACTU’s plan fits within the capitalist framework, making it integral and compliant to market rules. It proposes the model of a publicly funded not-for-profit, which — as any worker in a government or non-government organisation can attest — means serving the funder. Manipulating the purse strings are capital-serving functionaries like Josh Freydenberg. The ACTU’s argument rests on the sector boosting “economic growth” through steady employment and “paying for itself” from a larger pool of workers’ taxes. The whiff of exploitation and control from above is strong.

Childcare must be fully nationalised, unionised and under the control of workers, parents and the community. For sites to be healthy and safe — including times of infectious pandemics — workers, fully trained, should be in control, in collaboration with parents.

The ACTU is absolutely right that quality, free childcare allows women to lead full and productive lives. To achieve this, it needs to be 24/7 and available for all parents. As the ACTU says, it has to be publicly funded, but with taxes coming from the rich and the corporations. Large employers should provide childcare on site. It also requires instituting 30 hours’ secure work for 40 hours’ pay across all industries, to provide more jobs and lessen the load for working parents and ECEC workers.

Childcare should be open to children of all ages. Small community operators struggling to stay open must be supported with extra funding.

This would free women — to have satisfying, well-paid jobs, to put their feet up, to study, and to be movers and shakers in the emerging uprisings that need our leadership. It’s also important for socialising children and developing their capabilities to confidently participate in society.

In fighting for this, we would be preparing to upend the profit system and replace it with a socialist one to share the wealth and serve our needs. In the meantime, if a politician tells us to stay home and breed more kids, we’ll collectively tell them to butt out!

If you agree, get in touch with Radical Women. Email radicalwomen@optusnet.com.au or facebook message at Radical.Women.Australia We’d love to talk with you! 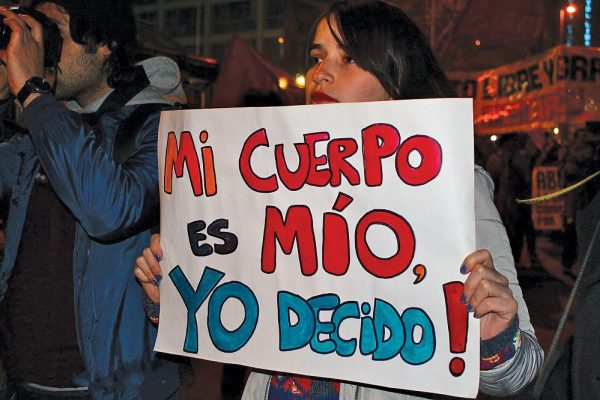 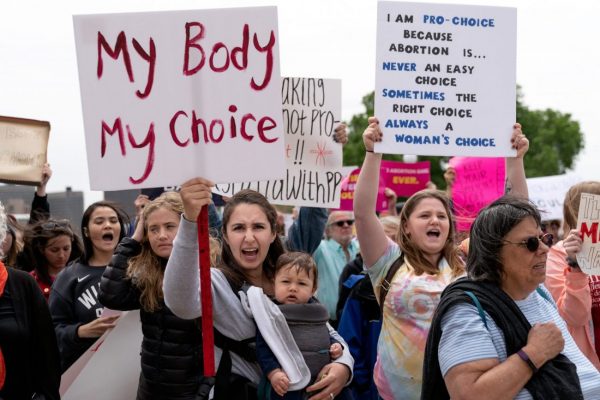 Worldwide fight for abortion rights coming to a neighborhood near you