Across Australia, state governments have been attacking COVID with a law-and-order sledgehammer, leaving communities dazed and angry. In Western Australia, quarantine breachers are being jailed. The Victorian government keeps broadening the categories of “authorised officers” and their powers to detain. In Melbourne, police and soldiers patrol streets and enforce checkpoints. Drones hover over beaches and suburbs. Mobile surveillance units stake out parks. A bill before Parliament could allow Protective Services Officers (PSOs) to monitor shopping centres, sporting events and public gatherings, armed with lethal weapons after just 12 weeks’ training. People, particularly who are poor, young, disabled and of colour, rightfully feel under siege. It certainly feels like a police state in the making.

By declaring Victoria in a “state of danger” on August 2, Dan Andrews’ government claimed extraordinary powers. Melbourne’s Stage 4 lockdown is the most severe in the country and arguably the harshest in the world. The restriction of movement, which confines people to their homes, or within a five-kilometre radius for essential shopping and exercise, was only the beginning. Andrews also imposed a night curfew, admitting this was not on health advice but to make policing simpler! The new bill would give them powers to search homes and cars without warrants.

Fines for breaches are prohibitive: $200 for not wearing a mask, being out at night without a permit or venturing more than five kms from home, for example; $4,957 for crossing Melbourne’s border into regional Victoria. By the end of August, 20,000 fines were issued — 10 percent against people in Melbourne’s three poorest municipalities in the first two months. 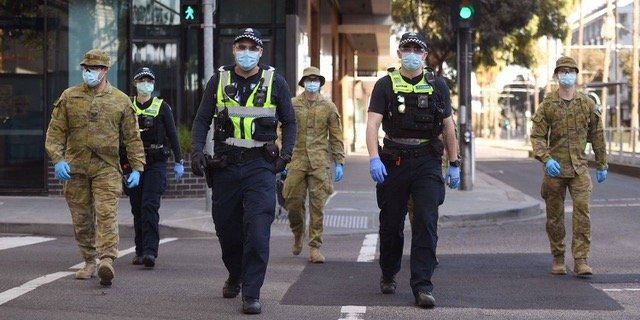 Assault on rights. Governments’ justification for the crackdown is especially insidious. Every day, Victorians have been bombarded with a single message: we need tough policing to saves lives. Policing and COVID safety cannot be conflated, and patrols of neighbourhoods, with powers to raid, detain or harm, is not a community service. Still, the message has had an effect. There is a widespread perception that to speak out against this flagrant attack on civil liberties is to oppose an effective response to COVID.

Organised protest, denounced by police and governments as “selfish” and “irresponsible,” is forbidden. Long before Victoria’s “state of danger,” demonstrations were the first public activity to be targeted by the Andrews government. VicPol’s breakup of Melbourne’s refugee rights car cavalcade in April, mobilised by the Refugee Action Collective (RAC), and its full-on harassment of the 20,000+ Black Lives Matter (BLM) rally in June, organised by Warriors of the Aboriginal Resistance (WAR), were foretastes of a total clampdown on resistance. Even though both actions strictly adhered to COVID safety measures, police raided a RAC organiser’s home, charging him with criminal incitement, and threatened WAR organisers with heavy fines. VicPol, parroted by shock jocks, accused the BLM protest of causing a COVID upsurge and, despite the Department of Health disproving this, the lie still persists.

Similarly, while pubs and restaurants are open to trade and crowds of up to 10,000 can attends sports events, safely organised and disciplined demonstrations against deaths in custody, refugee incarceration and cuts to higher education in Brisbane and Sydney have been subjected to riot policing and arrests.

What’s COVID safe, and what’s not. COVID is not a police matter. It’s a serious health issue, which requires the massive expansion and full mobilisation of health services. Yet we’ve watched a system strain under the weight of the crisis, due to years of privatisation, outsourcing and funding neglect.

COVID safety needs a well-resourced, integrated public health system at the helm. People should expect coordination guided by science and professional expertise, serving our needs. Unlike police, workers in health and allied services are trained for this. They are also part of the community.

Government responses to COVID fly in the face of community safety. Not healthy is cops storming and occupying public housing estates. Nor is choking a young woman and pinning her to the ground for not wearing a mask, or ramming someone, treated for bipolar disorder, with a police car and stomping on his head, requiring an induced coma. The list of these shocking incidents seems to lengthen each day. Arrests and other close encounters with cops are an anxiety-provoking health hazard. The daily fear of being stopped, detained, fined, charged or possibly assaulted by an authorised officer is also detrimental to good health.

Fight for our protest rights! These are conditions that First Nations and immigrants of colour have endured for centuries, and still do.

Also hit hard by COVID are refugee communities, as well as workers, students, women, LGBTIQA, young, elder and disabled people. The crisis binds our struggles more tightly, and we need to unite in resistance. If we don’t, the powers-that-be will quash our rights and capacity to organise.

For this reason, we must defend the right to protest — even that of COVID deniers, whom riot police have also attacked. Their mobilisations are certainly not safe: they flout basic safety measures, and extreme-right and fascist groups are fuelling this bizarre conspiracy movement. But to approve of government violating their right to demonstrate allows the state to come after us. By defending and safely exercising our right to protest, we can stop the far right and the increasingly repressive state.

In Brisbane on September 18, 1,000 defied the possibility of police action when they protested the death in custody of Queensland Birri Gubba woman, Sherry Fisher-Tilberoo. This well-prepared show of strength is an example of how to assert our rights. From this, we can build a broad, democratic united front strong enough to break the state’s powers with our own. The organised union movement, many from the hardest hit communities, is crucial to this.

Some urgent demands are:

Ultimately, neither deadly pandemics like COVID nor an armed force aimed against us will end until we demolish the profit system — replacing it with one based on equality, shared wealth and cooperation, in sync with the natural world and serving all of humanity.

If you agree, get in touch with Freedom Socialist Party.

For more solutions to the COVID pandemic see “A socialist feminist response to COVID-19 — fighting demands from the Freedom Socialist Party and Radical Women.” 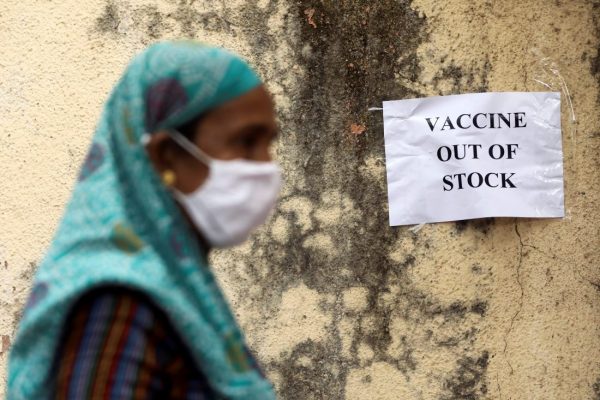 Covid-19 vaccine distribution is a disaster