Out of the race, Senate candidate Hoffman “more motivated than ever”

In the August 7 primary, labor militant and Freedom Socialist candidate Steve Hoffman received over 7,200 votes in his bid to represent Washington state in the U.S. Senate, with support coming in from every county. Given that he ran in a field of 29 candidates, including 17-year Democratic incumbent Maria Cantwell, Hoffman describes himself as pleased with the results.

“Our grassroots campaign found backing in every corner of the state, especially from other public employees,” Hoffman said. Steve is a state worker who maintains the heating and ventilation systems at North Seattle College.

Hoffman travelled to 29 different cities, making trips east of the mountains to Spokane, Cheney, Yakima, Wenatchee and more. He campaigned from Bellingham to Olympia and marched in support of farm workers in Lynden.

Campaign Manager Doreen McGrath describes support for a socialist option on the ballot as “widespread and enthusiastic.” Twenty-six hundred signatures on filing fee petitions earned Hoffman an early spot on the ballot.

However, McGrath says, “The Advocates for Hoffman team knew going in that elections are almost impossibly weighted toward the Democrats and Republicans. Still, our socialist feminist team managed to connect with thousands of people throughout the state and talk about real answers for working people, especially those who are the most exploited. Solutions like universal, not-for-profit healthcare and the creation of an independent political voice for workers, a labor party.”

“A major-media blackout was one of the biggest obstacles we faced,” McGrath reports. “The Seattle Times did not mention Steve by name once during seven months — until a ridiculously token couple of paragraphs on the final day of voting.”

But, Hoffman notes, “The campaign got a lot more respect outside of the metro area of Puget Sound. In Spokane especially, we were treated with fairness and the issues we raised, like standing up for veterans and VA workers, were covered.”

On the other hand, Hoffman says of his opponent Joey Gibson, “The mainstream media coverage that this misogynist and anti-immigrant Patriot Prayer leader got was almost nonstop. The violence that’s provoked by Gibson and the bigoted goons who follow him guaranteed him free air-time and front-page coverage, with little analysis or reporting on his opposition.” Hoffman says he believes this media boost “directly contributed” to Gibson gaining over 38,000 votes.

Hoffman will be part of a protest of a “Rally Against Left Wing Violence” co-initiated by Gibson on Saturday, August 18, at Seattle City Hall. Several organizations, including the Freedom Socialist Party, Party for Socialism and Liberation, Seattle Democratic Socialists of America, Radical Women, and Organized Workers for Labor Solidarity have come together to organize a counter-demonstration, “Unite Against Fascism: Remember Those Lost in Far-Right Violence.” The anti-fascist ad hoc group will gather at Seattle City Hall at noon.A longtime activist against far-right ideology and recruitment efforts, Hoffman describes himself as “more motivated than ever to help build a strong movement to stand up to what is a dangerous rising tide. As a unionist and someone who learns from history, I know that the ultimate goal of fascists is entirely smashing the ability of workers to organize. I am looking forward to working together with many of the wonderful people I met during the campaign to stop this from ever happening again.” 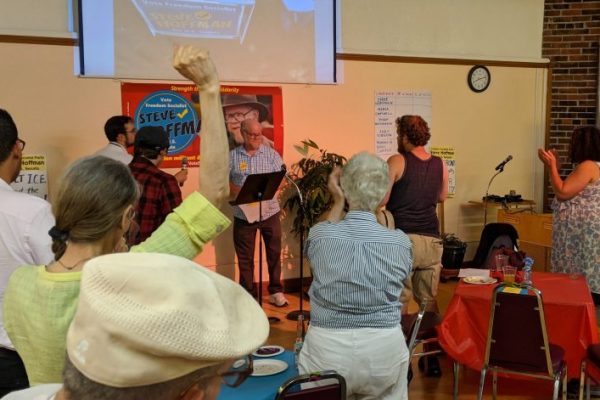 Hoffman campaign for Senate wraps up with statewide support 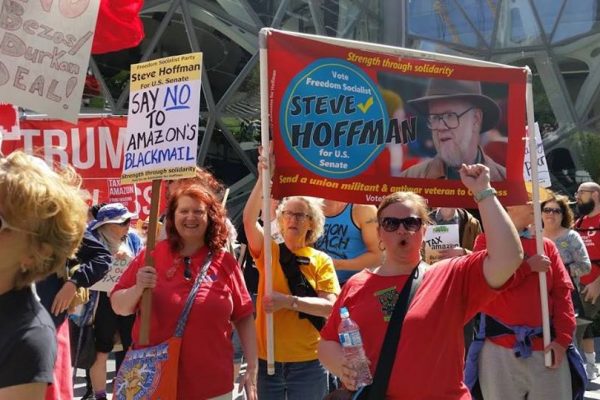 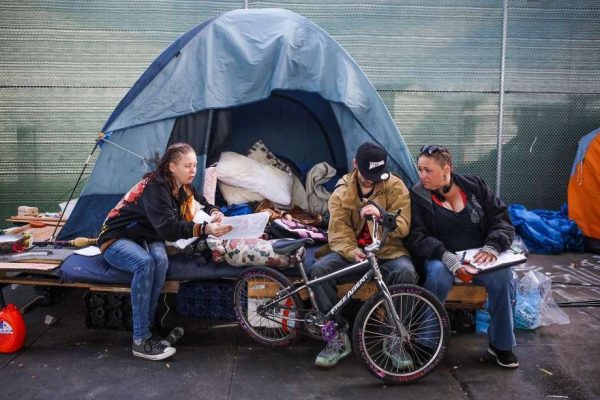 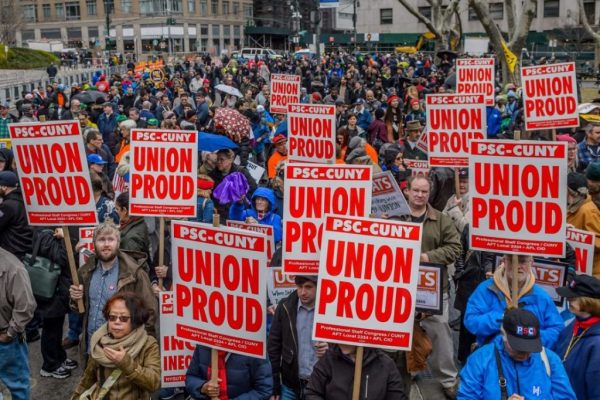