Nine members of the FSP in Northern and Southern California were elected to the PFP SCC in June 2012 with the help of the disabled, women, immigrant, people of color, and LGBTQ communities—communities that PFP’s socialist feminist program purports to defend. We cannot remain in the leadership of an electoral party whose officers refuse to support their own party’s program and the voters who stand behind it. Because PFP Executive Committee officers refused to hold Roseanne Barr, PFP’s U.S. 2012 presidential nominee, accountable to PFP’s platform and the campaign promises she made, FSP was unable to carry out the key commitment we made to voters—the assurance that the PFP would support candidates who were in keeping with its program. Choosing a liberal presidential candidate—one with a meandering political persona— betrayed all PFP voters who want a serious socialist alternative to the twin parties of capitalism. FSP holds the Party for Socialism and Liberation (PSL) responsible for tipping the vote towards Barr’s non-socialist campaign. We expected more from a professed revolutionary party like PSL, who chose celebrity Barr over their own candidates in an opportunistic maneuver.

In their “We’re Serious” flyer (attached) handed out at the August PFP presidential nominating convention, Barr and her running mate Cindy Sheehan wrote that they were committed to exposing the true causes of and solutions for human, economic, environmental, and political conditions brought out by capitalism. They pledged to make 43,000 new PFP registrants a top priority; to promote socialism; to jointly fundraise for the campaign and the PFP; and to work collaboratively with PFP to craft messages. After winning the nomination, Roseanne dropped out of sight politically, ultimately campaigning only a few times on the issue of marijuana. In fact, Barr’s betrayal of her promises was so swift and so complete that Cindy Sheehan felt compelled to publicly withdraw and tried to get replaced as the vice presidential candidate.

Barr not only failed to campaign on the PFP program, some of her actions also contradicted the party’s principles against discrimination based on race, gender, age, sexual orientation, or disability. For example, a Comedy Central roast in her honor, in which she actively participated, revolved almost entirely around “humor” ridiculing the disabled, women, people of color, and queers, and making light of racism, sexism, rape, and child molestation. Then, two weeks before the election, Roseanne put out a transphobic tweet that reinforces the vicious stereotype of transpeople as threatening—a stereotype that is used to justify anti-trans violence.

To those of us representing FSP in PFP, Barr’s abandonment of even a façade of seriousness about PFP’s program and prospects seemed entirely predictable. This was so because of her lack of history of political collaboration with others, socialist or otherwise, and the fact that she turned to the PFP only after being rejected as a presidential candidate of the Green Party. Only weeks before entering the running for the PFP nomination, she had been pledging her allegiance to the fundamentally different program of the Green Party, and promising to boost its fortunes, with the same fervor with which she made her promises to PFP.

But we did hope for more from the PFP leadership.

As members of the PFP SCC, we repeatedly asked PFP officers to publicly condemn Barr for her behavior and defend PFP’s socialist feminist program. FSP’s requests were met with a combination of silence, denial, rationalization, and admonishment for raising our criticisms. FSP was then threatened with censure on an internal SCC list for disagreeing with the PFP choice of presidential nominees. After FSP members of the PFP SCC announced our resignation at the November State Central Committee meeting, Kevin Akin posted a memo to the PFP internal list saying that the reason we resigned was because the FSP National Office told us to. This is classic red-baiting, the hackneyed stereotype of “orders from Moscow.” It was also dismissive and patronizing to the FSP leaders who attended the State Central Committee meeting. We needed no order to resign—FSP’s California members were so outraged and dismayed at the insults Roseanne Barr tossed at us and the people whose issues we fight for that our only choice was to resign to maintain our integrity as socialist feminist activists.

Given their presidential candidates violation of the party’s platform, the PFP officers had ample authority to take action. The party by-laws give them this authority (see attached PFP By-Laws, Article II, Sections 10 and 11). But they chose to reject their responsibility to defend the party platform.

Leaders must be responsible to program

FSP takes extremely seriously the need for joint socialist action in the electoral arena, especially in the absence of a mass, anti-capitalist labor party for workers and the oppressed. That is why we have been part of PFP for many decades, and that is why we made a collective, democratic decision to devote so many resources to PFP’s attempt to provide a radical alternative in the 2012 election. This was an election with the potential to be a much-needed springboard for militant action against the anti-working-class austerity agenda. But we believe that PFP leaders squandered this potential, and FSP members cannot in good conscience be part of an organization’s leadership that betrays its own principles and stated reason for being.

Still, we believe in united left action despite disagreements, and we want to and expect to continue to work with the PFP on causes and issues we have in common. We believe this is possible as long as we can openly and respectfully discuss differences. To that end, we ask that you send this letter to the internal PFP list and publish it on the PFP website so that PFP registrants can read and evaluate for themselves FSP’s reasons for resigning from the State Central Committee.

In struggle for a socialist feminist future,

For the pdf of statement with attachments, click here. 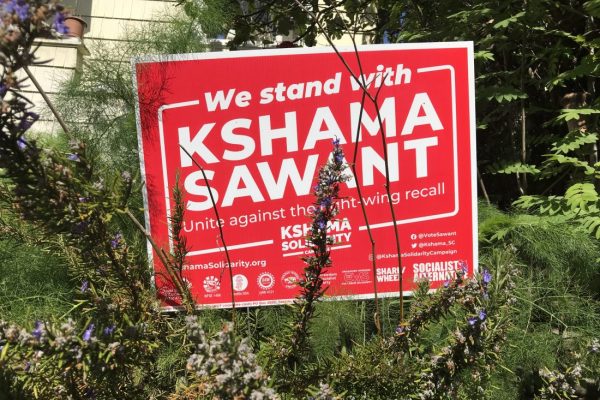