On June 17 the mass passion for racial justice leapt from the streets right into the Zoom meeting of the Martin Luther King Jr. County Labor Council (MLK Labor) in Seattle. On that night the council, which represents over 100,000 union members, became the first AFL-CIO body to take a stand against racism by expelling a police union from its ranks.

As a 20-year delegate to the council from Washington Federation of State Employees Local 304, and as a radical and anti-racist activist, I was proud to be part of the broad effort that made this happen.

MLK Labor announced two weeks prior that its executive board had passed a resolution demanding that the Seattle Police Officers Guild (SPOG) make deep changes to address its own institutional racism or face expulsion. The Highline Education Association had sent a resolution to immediately show SPOG the door, but it was tabled.

Rank-and-file union members across the county quickly went into organizing mode. Calls were made to council delegates to persuade them to take the right stand. Hundreds of union members signed petitions urging MLK Labor to expel SPOG and pressed their locals to send letters to the council. Union members in the Freedom Socialist Party (FSP), both seasoned organizers like myself as well as new young activists, mobilized for the vote. For decades FSP has fought for union democracy and a fighting movement, including within MLK Labor, by working with other union militants. FSP has a track record of pushing labor to embrace the struggles of its most militant and steadfast members and front-line leaders – women, Blacks and other people of color, immigrants and LGBTQ folks.

Another organization that I belong to, Organized Workers for Labor Solidarity (OWLS), held cross-union strategy sessions and sent a strong letter to the council.

A fellow state worker put me on a Signal thread that he dubbed the “socialist labor bloc,” and it lit up with texts about turning up the heat on the labor council and organizing to win the vote to expel the cops. In order to put public pressure on the council, this group planned a rally in the Capitol Hill Organized Protest (CHOP) zone, an area where anti-racist protestors had taken over several city blocks to use as an organizing center.

The showdown. On the night of the meeting hundreds attended the Capitol Hill rally and it was live-streamed to council delegates. The rally featured a diverse range of speakers, including Teamster member Christina Lopez who spoke for FSP and fired up the crowd with her demand for an independent, elected civilian review board to achieve as much community control over the cops as possible.

At the Zoom meeting, the labor council executive board recommended that the police union be removed. Executive Director Nicole Grant, who cheer-led for a problematic police contract only two years before, strongly advocated for expulsion. Clearly the movement in the streets was already having a remarkable impact on labor’s proceedings.

Counting both delegates and guests, the meeting swelled to over 300. When the motion to expel SPOG hit the floor, over 60 delegates got on the list to speak. Many, representing public worker and service industry unions, spoke eloquently of the need to stand against the racist violence of the police. When speaking about the urgency of taking a stand, Gabriel Prawl, a Black leader in the International Longshore Workers Union, asked, “If not now, when?” Several delegates talked about how SPOG has vigorously opposed reforms imposed by a federal judge meant to curb excessive use of force, and how being a part of the labor council helped them win a contract that shielded cops from accountability. I added that the cops did not belong in the AFL-CIO because of their role in capitalist society as strikebreakers and the armed enforcers of the racist status quo.

Conservative unions from the building trades strongly opposed expulsion, but the Carpenters Union broke ranks, thanks largely to FSP member Patrick Burns who has steadfastly promoted rank-and-file activism within his carpenters local. The Ironworkers’ representative argued that removing SPOG would put us on a slippery slope of expelling unions right and left. A teachers’ union delegate responded that the real slippery slope was when the council let SPOG join the labor council in 2014.

Finally it was time to vote. The first poll of delegates showed that 63 percent favored removing SPOG. But then a roll call vote was demanded, which means that each union votes again, but is apportioned a number of votes according to how many members they have and the per capita dues they can afford to pay. This gives the larger affiliates more sway.

As dozens of locals voted one by one during the roll call, I checked my texts and saw audible groans over the tedium of labor’s process, which stretched out to nearly ten o’clock. But when the final tally was announced, MLK Labor voted to kick out SPOG with 55 percent of the vote!

What next? This was an exhilarating step forward for labor, but conservative union leaders will not forget this defeat and will be looking to reverse it. Organizing a successful defense of the SPOG expulsion will help other labor councils throughout the country take similar action.

The stage is set for the power of labor to connect with community protests in a united struggle for racial justice, which is closely tied to the fight for economic justice, especially in the COVID-19 era. We can build a movement that pushes for real reforms to rein in racist police violence, and that demands taxing the rich to fund expanded education, healthcare, and other services that are needed most in communities of color. First on the agenda will be to stop drastic cuts to these vital services and layoffs of the public workers that provide them.  Already, Democratic and Republican politicians alike are pushing these austerity measures as a way to fill gaping budget holes.

Today we can savor the exciting victory in the Martin Luther King Jr. County Labor Council. And get ready to organize!

Break the cycle: End the criminalisation and abuse of kids 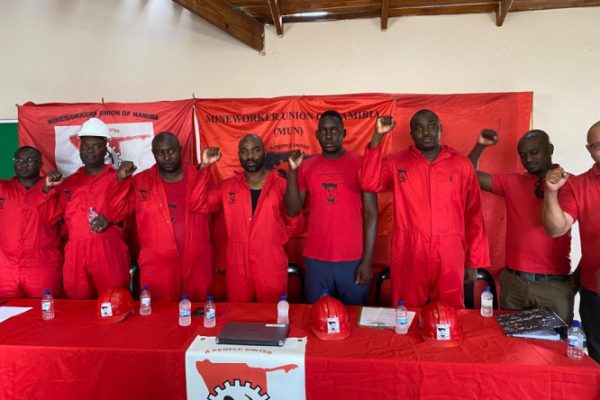