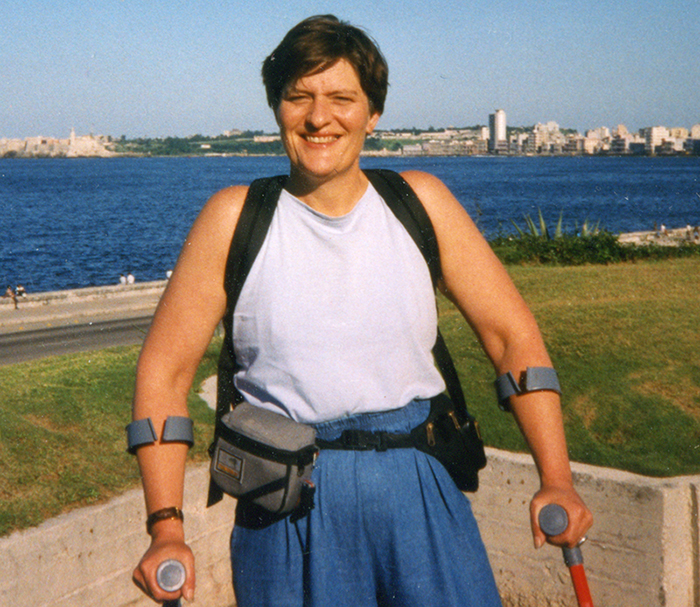 A public memorial will be held Oct. 11 for Heidi Durham, one of the first women in the U.S. to break into the electrical trades and a veteran leader in the Freedom Socialist Party (FSP) and Radical Women (RW). She died of Alzheimer’s in Seattle on Aug. 23.

Born in San Pedro, California, on July 9, 1953, Durham came of age during the anti-war and civil rights ferment of the 1960s and early 1970s. Her participation in these movements marked the beginning of what she once called “a lifelong unofficial occupation” as an impassioned activist for working-class men and women, especially those most discriminated against.

Says her sister Guerry Hoddersen, “Heidi was brave and fiercely loyal in pursuing the causes she believed in. She did not bow to power nor apologize for being outspoken. She drew people to her because she was so genuinely concerned with their welfare.”

Durham moved to Washington state in 1971 and attended Western Washington University for two years. Shortly before her 21st birthday, Durham became one of the original 10 women hired into Seattle City Light’s groundbreaking Electrical Trades Trainee (ETT) program, launched in 1974 by Clara Fraser, a co-founder of both FSP and RW. This hotly contested affirmative action program was to leave an indelible mark on the Seattle scene and open a 30-year chapter of Durham’s life as a City Light employee and union champion with the International Brotherhood of Electrical Workers.

The ETTs, who were the first women in the country to break into the male-dominated electrical trades, walked into a politically charged situation at City Light. Workers angry over the heavy-handed management of then-Superintendent Gordon Vickery had just staged an 11-day walkout, which Fraser had organized support for. When workers’ grievances continued to mount, the ETTs supported their fellow unionists. In retaliation, both Fraser and the entire ETT group were fired in 1975. Both sued, and both of their cases were eventually upheld, Fraser’s not until 1982. The ETTs were awarded $120,000 in back pay and damages and rehired in 1976.

This rocky beginning was not the end of a tough road for Durham and her sister tradeswomen. They faced management hostility and resentment at times from many male coworkers, but drew strength and solidarity from Black workers at City Light who themselves faced abuse and unequal treatment as trailblazers in a mostly white trade.

The hazing they sometimes endured contributed to Durham’s fall from an electrical pole when she was 24. Despite the trauma of the fall, a months-long recovery from a broken back, and a permanent measure of disability, she fought to continue working in the field and retired from City Light as a Senior Power Dispatcher after a 30-year career.

Meanwhile, Durham continued her activist “unofficial occupation.” She was an early and longstanding leader in both RW and the FSP, serving as a member of the party’s elected National Committee for many years. An irrepressible fighter for gender and race equality and against all forms of discrimination, she was a founding member of the Committee for Equal Rights at City Light (CERCL) in 1983 and of the Ad Hoc Committee for Fair Employment and Open Housing in 1984.

CERCL formed to oppose management’s biased policy and practices and its attacks on whistleblowers and advocates for progressive change at City Light. Public support for CERCL’s goals caused the mayor to force the utility superintendent at the time to resign. The Ad Hoc Committee successfully organized community support to defend and strengthen Seattle anti-discrimination laws. This resulted in the addition of people with disabilities as a protected group and the retention of threatened protections on the basis of sexual orientation and political ideology, among other gains.

Durham wrote The War on the Disabled: Adding Insult to Injury in 1982, and in 1990 with Megan Cornish co-authored Women Workers: Sparkplugs of Labor, an analysis of the changing demographics of the U.S. workforce. In 1991, she ran together with Yolanda Alaniz as an FSP candidate for Seattle City Council. With a platform including a guaranteed annual income for poor families and individuals, an elected civilian review board over the police, and extension of domestic partnership rights to all workers, Alaniz and Durham were the first socialist Seattle candidates to win union endorsements.

Durham’s concern for workers and the poor was international in scope. She was a main organizer of the 1997 12-day International Feminist Brigade to Cuba, a joint project of Radical Women and the Federation of Cuban Women that aimed to increase feminist resistance to the U.S. blockade. She spoke often of the tremendous impact that seeing the gains of the Cuban revolution, and experiencing the collective spirit of the island’s people, made on her. 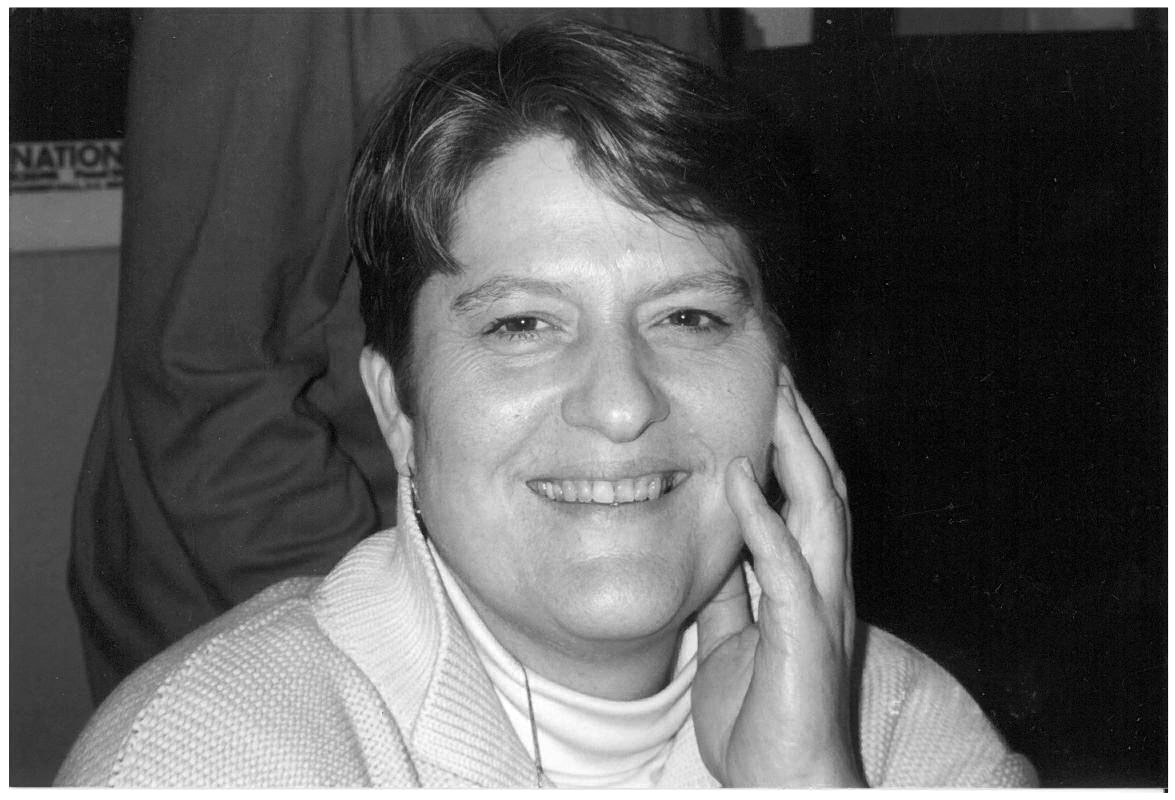 In 1998, Durham was a member of a coalition that sought to defeat a state initiative that repealed affirmative action, an initiative that is the target of repeal efforts currently. In 1999, she participated in planning leading up to the Seattle protests against the World Trade Organization. She played a key role in the Seattle Million Worker March Committee, which worked locally to build a labor march on Washington, D.C., in 2004. She won roaring applause at the rally when she called for socialism as the ultimate solution to attacks on workers’ wages, conditions, living standards, and right to employment.

Her last battle was with early-onset Alzheimer’s, which claimed her life at the age of 62. Even in this she was a leader who won the support and affection of workers and residents at her assisted living facility, Sunrise of Mercer Island, and staff and participants in the arts programs of the Frye Art Museum and Elderwise. As the ability to converse increasingly failed her, she would often simply say “I love you” to family, friends, and caregivers.

According to her sister Guerry Hoddersen, “Heidi faced life’s struggles with humor and optimism. She had a commitment to improving the lives of workers and oppressed people that lasted through her entire life. She will be deeply missed and never forgotten, not only by family and political comrades, but by the many people whose lives she touched and changed.”

Besides Hoddersen, Durham is survived by another sister, Sukey Wolf, and a brother-in-law, Hugo Orellana, of Seattle; and a brother, Stephen Durham, and sister-in-law, Dr. Susan Williams, of New York City. Remembrances may be sent to Red Letter Press, 4710 University Way NE #100, Seattle, WA 98105, earmarked for the Pioneer Tradeswomen Publication Fund. A public memorial will be held in Seattle on Sunday, Oct. 11, at 2:00 p.m. at New Freeway Hall, 5018 Rainier Ave. S. For more information, call 206-722-2453.