No ban! Photos and video

Along with tens of thousands of other people across the U.S., Freedom Socialist Party and Radical Women members and friends demonstrated in cities and at airports against Donald Trump’s Muslim ban over the weekend of Jan. 28. Here are some of the scenes, plus a couple bonus photos from England and Australia.

1. Seattle rally and march, Jan. 29: Thousands spill out of Westlake Park into the downtown streets. At the corner of Fourth and Pine, many protesters took advantage of the bathrooms at Macy’s, which dumped Trump’s clothing line last year. 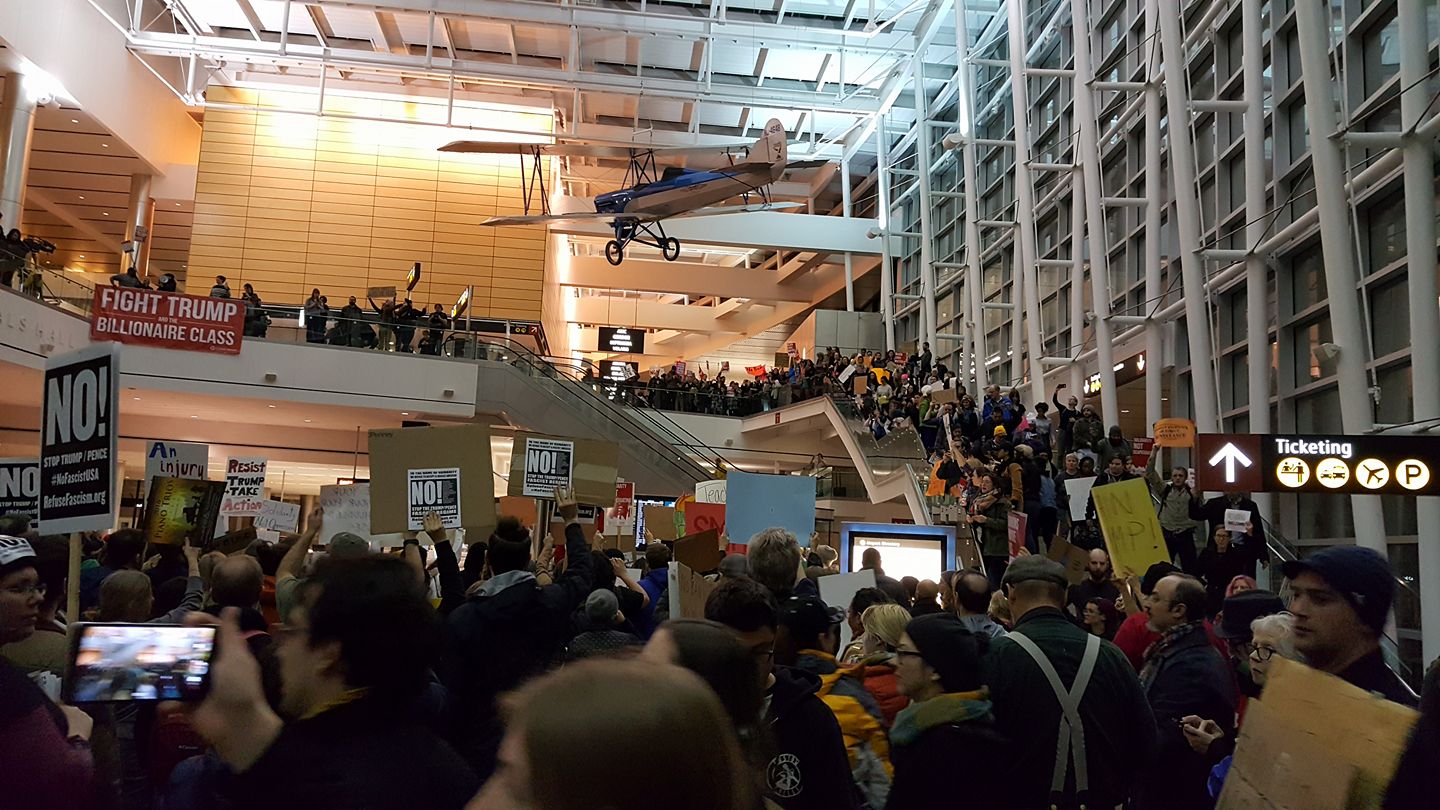 2. At the Seattle-Tacoma airport on the night of Jan. 28. Washington is the first state to sue the administration over the refugee ban. 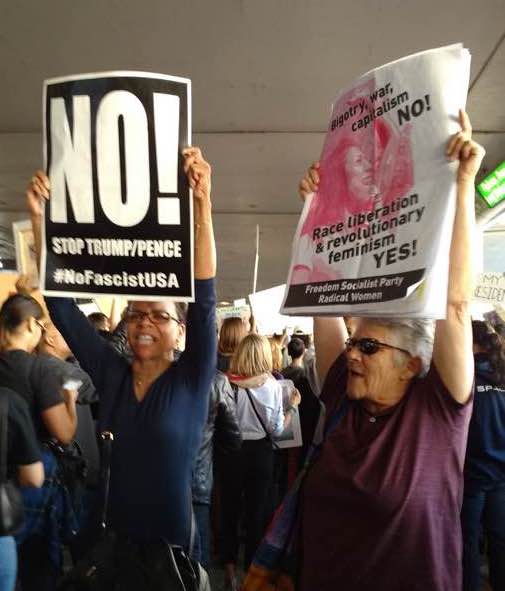 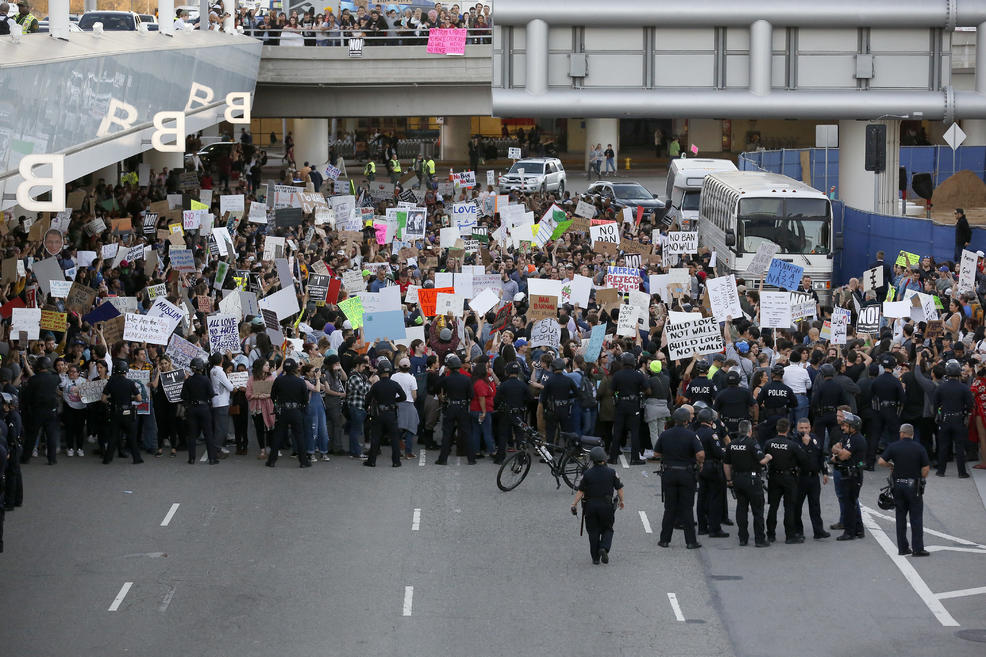 3. and 4. Los Angeles: Sending a clear message on Saturday at LAX and in the streets of LA. 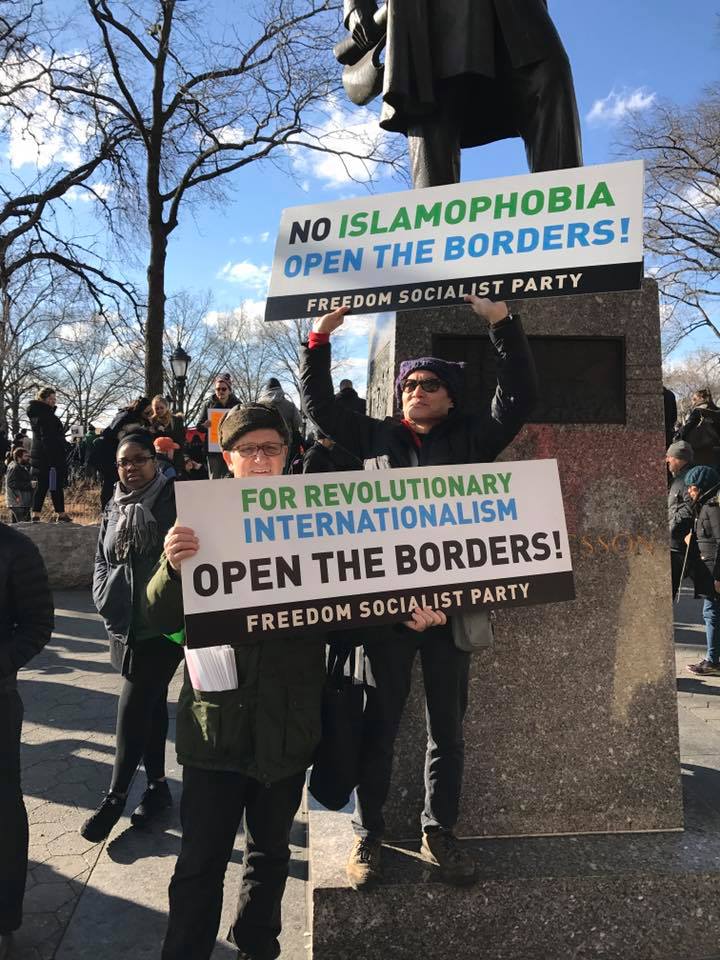 5. and 6. Representing in New York City on Sunday at Battery Park. 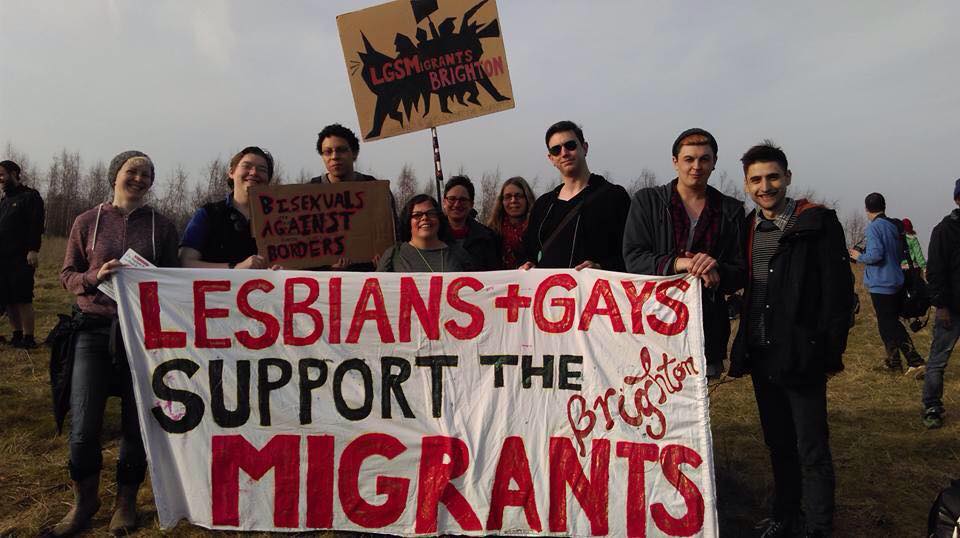 7. Across the pond, lesbians and gays in Brighton, England, show their support for immigrants with banner drops on Jan. 20. 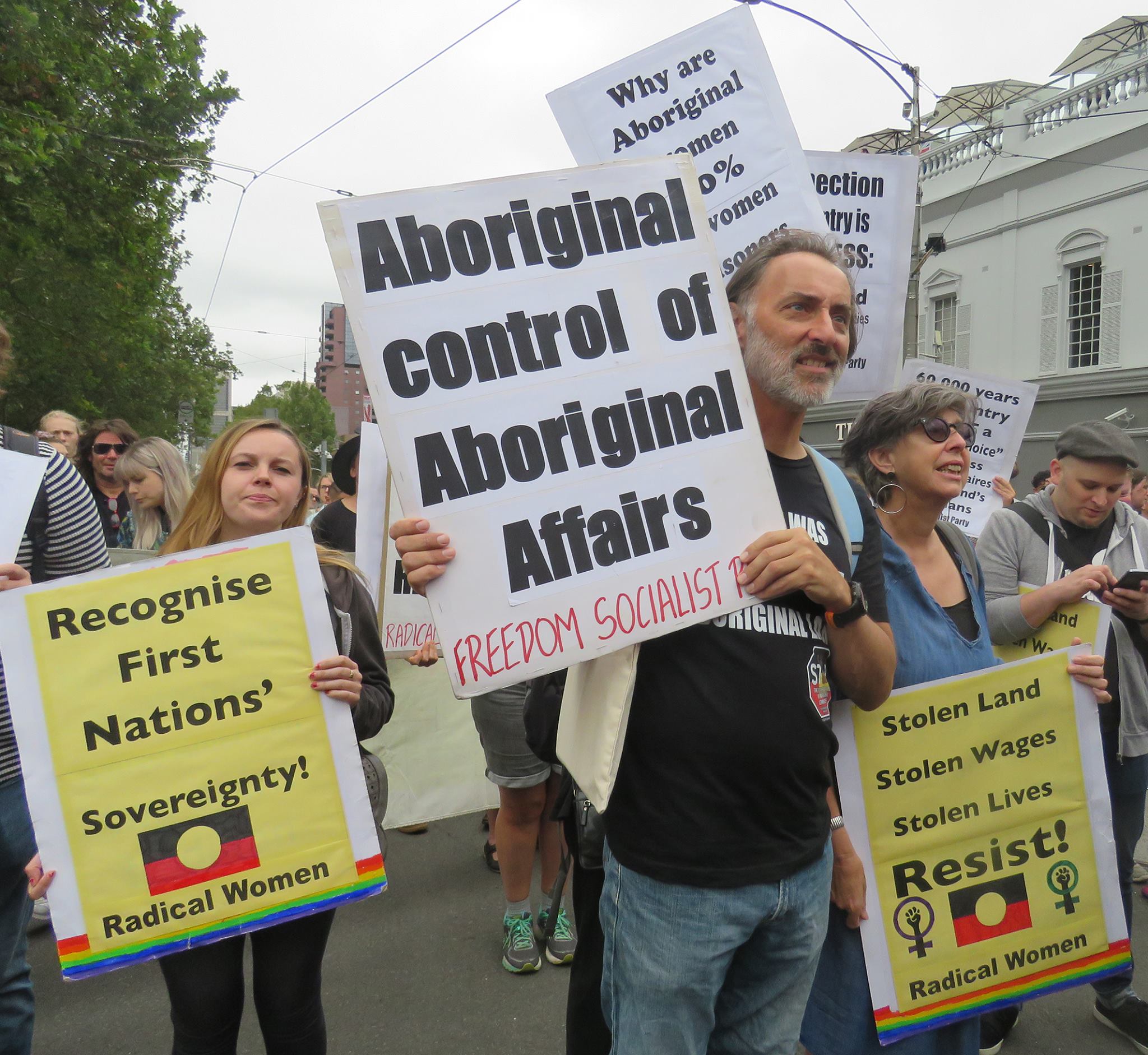 8. There are immigrants, and then there are colonizers. In Melbourne, people protest Australia’s “Invasion Day” on Jan. 26.