This election is an opportunity to show some workingclass power. You can throw your muscle behind a socialist city councilmember, support affirmative action, and protect renters!  At the same time, tell the billionaire bosses to pay their taxes, and stop trying to buy elections. Read on for a breakdown of the ballot.

Sawant can be opportunist like when she votes for regressive taxes that hit working and poor people the hardest. She also supported Carmen Best for Seattle top cop. Best is a Black woman but she does not defend Black community interests and has not reined in the police who violate the free speech of those who confront rising white supremacy in our region. Sawant will have to have a stronger political backbone to stand up to the forces arrayed against her if she wants to adhere to socialist principles.

The anti-Sawant forces are backing her challenger, Egan Orion, a corporate critter hiding behind a liberal facade. Orion does not support rent control and is not calling for any taxes on corporations or the rich. He is benefiting from corporate political action committees (PACs) trying to oust Sawant using funds from Amazon, the Chamber of Commerce, anti-union hotel bosses, real estate developers, and wealthy rightwingers. Seattleites need another politician bought-and-paid-for by the mega-rich like they need a 100% rent hike.

As a socialist Sawant provides anti-corporate, pro-worker representation and that’s worth your vote. Vote Sawant for District 3.

The FSP urges you to approve Referendum 88 to reinstate affirmative action in Washington State. This measure would allow characteristics such as race, gender, and age to be considered as factors in higher education, public employment, and government contracting. While this lukewarm version of affirmative action would do some good in expanding education and employment opportunities for people of color, women, and others that have been disproportionately excluded from such opportunities in the past, it would be strengthened if it included quotas. The practice of holding positions open for qualified candidates belonging to previously excluded groups is a more effective way to implement affirmative action, a great example of which is presented in High Voltage Women: Breaking Barriers at Seattle City Light.

Fast forward to early 2019 and Initiative 1000, a measure to bring affirmative action back to the state, qualified and was sent to the state legislature who then made it law.

Affirmative action is once again on the ballot via Referendum 88 because Eyman and his buddies used racist scare tactics and got enough signatures to place the question before voters.

Stand up for equality and diversity. Approve Referendum 88, a partial solution to the massive problem of discrimination.

State of Washington Initiative No. 976: Limits on Motor Vehicle Taxes and Fees—You Decide

Buckle your seat belts folks because this is a classic example of damned-if-you-do-and-damned-if-you-don’t, brought to you by the capitalist system. Initiative 976 is another Tim Eyman piece of work. If approved, it will limit annual license car tab fees to $30.

Car tab fees are already $30, established by Eyman’s 1999 I-695 measure. But car owners now pay much more than that because of local taxes that have since been added. With this new initiative (I-976), Eyman is trying to do away with these local taxes. I-976 also repeals a $150 electric car fee and repeals authorization of transit authorities to impose new taxes.

The state of Washington has the most regressive tax structure in the nation with low income people having a far greater tax burden than the wealthy. The FSP has loudly opposed regressive taxes consistently for decades and have called for progressively taxing the rich at a far higher rate than low income people. By comparison, I-976 is a flat tax. Rich people and poor people would pay the same $30.

Yet $30 car tabs fees would be a financial relief to many workers who depend on cars for transportation, especially low-income people without access to public transit. The local taxes added have become a huge burden for many.

On the other hand, I-976 blows a $9.5 billion hole in state and local transportation budgets including funding for mass transit. It does nothing to replace that lost revenue.

I-976 pits drivers against riders and worker against worker. It is a hell of a bum deal either way. What should happen is that working-class people should pay $30, or even $0, and rich capitalists and corporations should pay well over $9.5 billion to fund and expand the mass public transportation we need and deserve.

You will have to decide what to do with I-976 on your ballot. Then let’s fight for a steeply graduated tax structure that redistributes the capitalists’ ill-gotten profits back to the public for the common good.

The FSP happily though critically supports Initiative 19-001. It’s good to have something to vote for, at least if you live in Federal Way!

This initiative would protect tenants who are health care providers, educators, seniors, military members or first responders against discriminatory evictions. And, importantly, landlords could not evict tenants without valid cause. Currently, landlords can evict renters without cause by issuing a 20-day notice or by refusing to renew a lease.

This initiative provides modest additional protection to renters, which make up almost 50% of Federal Way’s residents. A far more effective protection would be rent control, which caps rent, and limits rent increases to the rate of inflation. And even better would be building a vast amount of affordable, quality public housing, another necessity that could be won from redistributing wealth from the rich to the workers. Initiative 19-001 does help though. Vote yes, and let’s keep up the fight for housing as a human right. 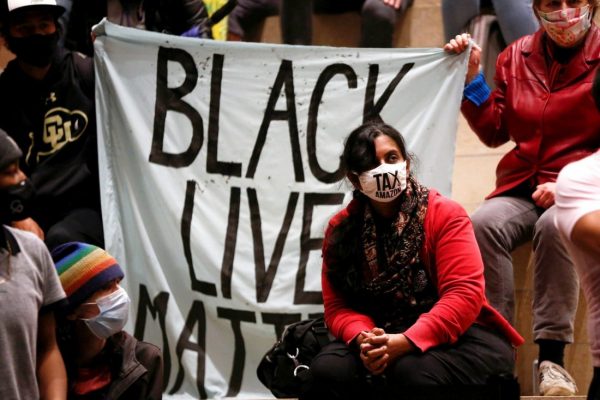