Stand in solidarity with immigrants and refugees!

The Trump administration has announced plans to go ahead with mass deportations of thousands of immigrants beginning on Sunday, July 14. This flies in the face of public outrage over the horrifying extent of squalid and dangerous conditions in detention centers, especially for children.

Deportation, concentration camps, separation of families, denial of the right of refugees to enter the country while their claims are processed — these are vicious policies excused by racist scapegoating. Now is the time for all working people to see our reflections in the faces of our sisters and brothers at the border and show solidarity!

Given the stakes, our fight to stop the state terrorism against immigrants and refugees has to be no-holds-barred and involve the greatest number of people possible. Both parties in Washington, D.C., are responsible for the economic, political and environmental devastation that forces migrants to leave their homes. We must hit the streets and put pressure on the Trump administration and the Democrats and Republicans in Congress to end deportations immediately. Let’s make demands that will matter:

No funding for immigration raids!

Unconditional legalization for all immigrants 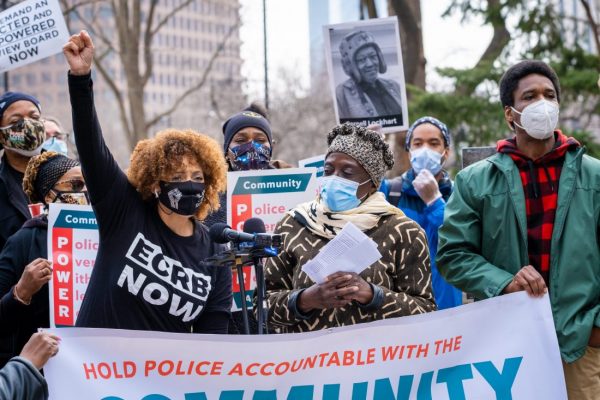 New bill filed in NYC for community control of cops