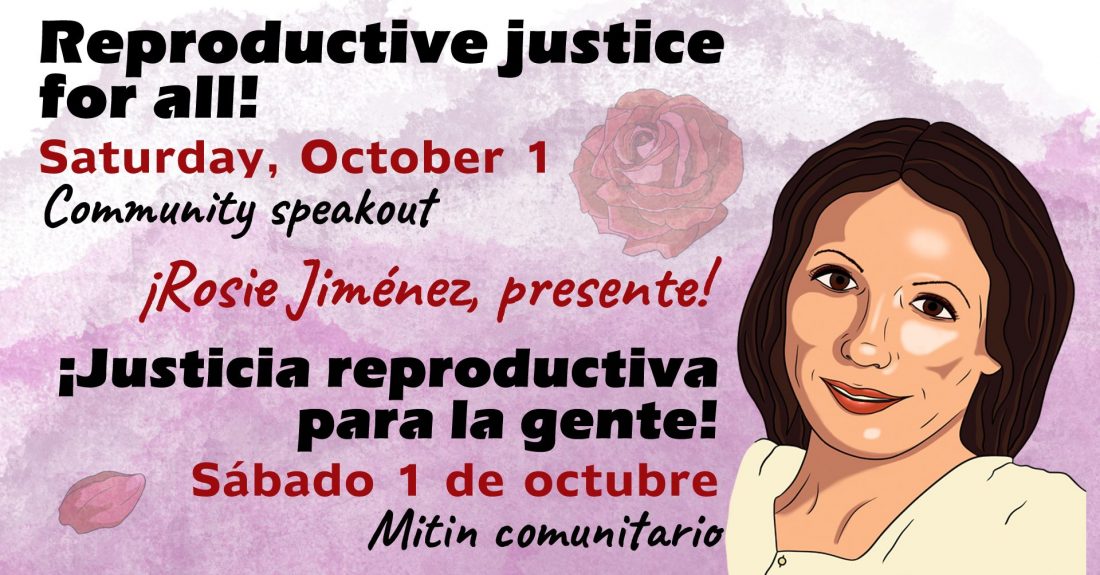 For info about the Oct. 1 actions in New York City, Los Angeles, and more, see www.reprojusticenow.org/.

On October 1st join the National Mobilization for Reproductive Justice in saying:

We, the People, Overrule SCOTUS:
UNJUST LAWS WILL BE BROKEN!

Multitudes of people across the U.S. poured into the streets to protest the travesty of a decision by the U.S. Supreme Court on June 24. The court’s right-wing reactionaries have dragged U.S. law back in time, overturning 50 years of precedents regarding the right to abortion. It’s back to the days of pro-segregation “states’ rights” law and bans on contraception and queer identities. And forward to the dystopia of a fertilized egg having all the rights of personhood. We reject this future. Read the statement here.

Initiated by Radical Women. Learn more and get involved at www.reprojusticenow.org/.