Mother Jones: What workers today can learn from this union militant 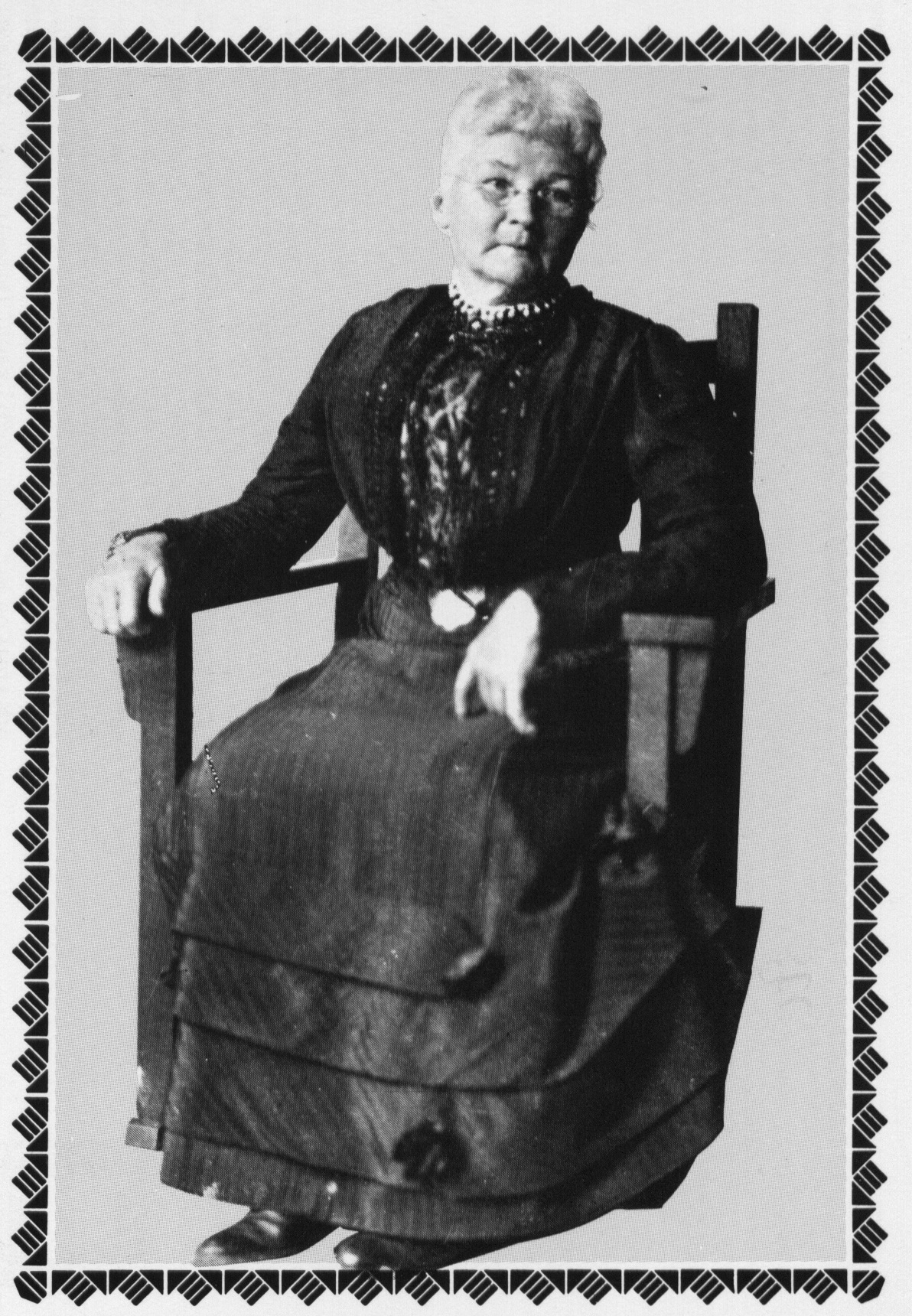 A portrait of Mother Jones during the Paint Creek Strike in 1912.

In May, 2007 teacher unionist, Claudia Priori, presented this talk on Mother Jones at Radical Women’s celebration of May Day. Below is an abridged version.

On my Radical Women T-shirt is the image of Mother Jones, a remarkable labour leader in the United States who lived a century ago. Her feisty motto was “Pray for the dead, and fight like hell for the living.” I wanted to learn more about her, so I prepared this talk in honour of May Day.

It was the end of the 19th century and the early 20th century. She was a tiny woman, dressed in black. Why did thousands of workers look to her for leadership in their struggles against bosses who worked them, literally, to death? To understand this, we need to understand what made Mother Jones the woman she was.

She was born Mary Harris in Cork, Ireland in 1837. The potato famine drove her family to Toronto, Canada when she was ten. Young Mary learned the skills of dressmaking and also trained to be a teacher — a high ambition for an Irish immigrant woman back then.

In early adulthood, she taught for a few months in Michigan and Chicago, and another few months in Memphis, Tennessee. There, on the eve of the Civil War, she met and married George Jones, a skilled foundry worker and member of the International Iron Molders Union. They had four children. In 1867 a yellow fever epidemic killed George and the children. Now a 30-year-old widow, Jones returned to Chicago and dressmaking, where her tiny shop was burned out in the Great Fire of 1871.

For the next quarter century, nothing more was heard of Mary Jones. As the new century approached, she was an ageing woman with no one to support her. Then she invented Mother Jones and began to organise unions. For a quarter of a century, she travelled America. She literally had no permanent residence. “My address is like my shoes,” she told a congressional committee. “It travels with me wherever I go.” She was paid a stipend by the United Mine Workers and, for a few years, the Socialist Party. But she always felt free to work in whatever cause most needed her — striking garment workers in Chicago, bottle washers in Milwaukee breweries, Pittsburgh steelworkers, El Paso streetcar operators, and Calumet copper miners. She helped workers fight not just low pay, 12-hour days and horrifying mortality rates, but also the servitude of company stores and company housing. She also spoke out in defence of Industrial Workers of the World (IWW) leaders on trial for murder in Boise, labour activists imprisoned in California, and Mexican revolutionaries in Arizona.

Mother Jones was the most famous and charismatic organiser for the United Mine Workers. When she began working for that fledgling union in the 1890s, it had 10,000 members. Within a few years, 300,000 men had joined, and she organised many of their wives into brigades, with mops and brooms as their weapons — militant women who fought alongside their husbands.

At the core of her beliefs, influenced by the times, was the idea that justice for working people depended on strong families, and strong families required decent working conditions. By 1903, she was already nationally known from bitter mine wars in Pennsylvania and West Virginia. In that year, she organised her famous “march of the mill children” from Philadelphia to President Theodore Roosevelt’s summer home on Long Island. Every day, she and a few dozen boys and girls, some 12 and 14 years old, some disabled by the machinery of the textile mills, walked to a new town. At night they staged rallies with music, skits, and speeches, drawing thousands of citizens. Federal laws against child labour would not come for decades, but for two months, Mother Jones, with her street theatre and speeches, made the issue front page news.

What Mother Jones teaches us about leaders. Those who know the worst hardship and discrimination, understand that the system will give them nothing and have nothing left to lose are the ones who step up as leaders. Why?

They defy the expected norms of society. Most American women of that era were bound to their families. Particularly older women were not supposed to have opinions. If they did, they should not voice them publicly — certainly not in the fiery tones of a street orator! Yet by casting herself as the mother of downtrodden people, Mary Jones went where she pleased, spoke out on the great issues of the day, and did so with sharp irreverence. Paradoxically, by embracing the role of family matriarch, Mother Jones shattered the limits that confined her.

They don’t tolerate injustice. In West Virginia, mining was unsafe. Union members were blacklisted and murdered. Storekeepers in company towns could not sell to union men and their families. Families were thrown out of their homes. Union meetings were held late at night in abandoned buildings or isolated forests. When Mary Jones was told that union organisers had been shot at, beaten up, run out of town and the bosses had gunmen patrolling the roads, she replied, “That means the miners up there are prisoners and need me.”

They identify with the wronged. Here is how Mother Jones described a raid on a miners’ tent colony by the company’s militia during a strike: “They dragged the miners out of their beds…They did not allow them to put on their clothing… Shaking with cold,…beaten along the road by guns, they were driven like cattle,… packed in a box car… and put in jail. Not one law had these miners broken. The pitiful screams of the women and children would have penetrated Heaven. Their tears melted the heart of the Mother of Sorrows. Their crime was that they had struck against the power of gold.”

They see the need for leadership. In 1903, 75,000 textile workers were on strike. At least 10,000 were children, many no older than ten. They were malnourished and skinny, and many had lost fingers or hands. The legal minimum age was 12, but the law was not enforced. With fathers killed or injured in the mines, mothers falsified their children’s ages because their families needed food. The facts about child labour were censored, because the mill owners also owned the newspapers. Mother Jones stepped in to make the exploitation public. She stood on the courthouse steps with some of the children and spoke to the crowd that gathered. Mary later recounted what she said: “I made the statement that Philadelphia’s mansions were built on the broken bones, the quivering hearts and drooping heads of these children. That their little lives went out to make wealth for others. That neither state nor city officials paid any attention to these wrongs. That they did not care that these children were to be the future citizens of the nation.”

They have a fearless tenacity and inspire others. When a company tried to bring in scab labour during a strike, Mother Jones told the men to stay home and organised an army of women to charge the scabs and run them out. From then on, the women kept a continual watch of the mines and prevented the company from bringing in more strike breakers.

So the qualities of a leader are: to defy the system’s norms, to be moved to action by injustice, to know when leadership is required and to have the chutzpah to step up for that role and to have a fearless tenacity to carry it through.

Union misleadership and a picnic to wash away the industrial blues. In Australia, 2005, the message was: “Fight!” Yes, fight for your rights against Howard’s WorkChoices laws. Workers everywhere were outraged. Union leaders sounded angry. In November, rallies across the country were massive — over half a million. Melbourne’s was one of its hugest, reminding many marchers of the moratorium mobilisations against the Vietnam war.

A year later, the Australian Council of Trade Unions (ACTU) wound things down. With a federal election in the wings, the leadership didn’t want to rock the boat and put the Labor Party at risk. Still, Victorian Trades Hall organised the Melbourne Cricket Ground (MCG) as the venue for a rally in November 2006. “Fill the G! Be there and make history!” was the rallying cry. But the unions did not call a strike and, by then, employers were arrogantly exercising their power with threats. Out of a seating capacity of 100,000, only 60,000 were filled. Still, everyone was pumped up, and the mood was electric. After speeches, it was time to unveil the new union campaign slogan. “Your rights at work worth fighting for” had been the slogan that workers proudly wore for over a year. As the plastic was rolled back, in gigantic letters across the pitch, were the words, “Your rights at work worth voting for.” Unionists looked at each other in disbelief. “You mean sit on our hands and expect Labor to save us?!” was written on many faces.

It’s now 2007 — election year. The ACTU, refusing to continue a militant campaign, put its energy — and unionists’ funds — into placing prominent union leaders as candidates for the forthcoming federal election. Farewell ACTU Secretary Greg Combet — may your Labor future be as secured as the anti-union laws!

Hey, what about our rights! For the ACTU, which was busy grooming Greg and keeping things calm, further protest is out of the question. Victorian Trades Hall, wanting to do something, organised an April “Union and Community Family Day” — a picnic! On a Sunday!

Entertainment Workers: Keep Fighting for What You Deserve