Say “robo-debt” to a welfare recipient or Centrelink (Australian Human Services) worker and you’ll see anguish and righteous anger. Centrelink is sending out 20,000 notices a week informing people on benefits that they allegedly owe the government money due to overpayments! Slapping a single mother or a pensioner with thousands of dollars is common. Some are threatened with imprisonment for nonpayment. 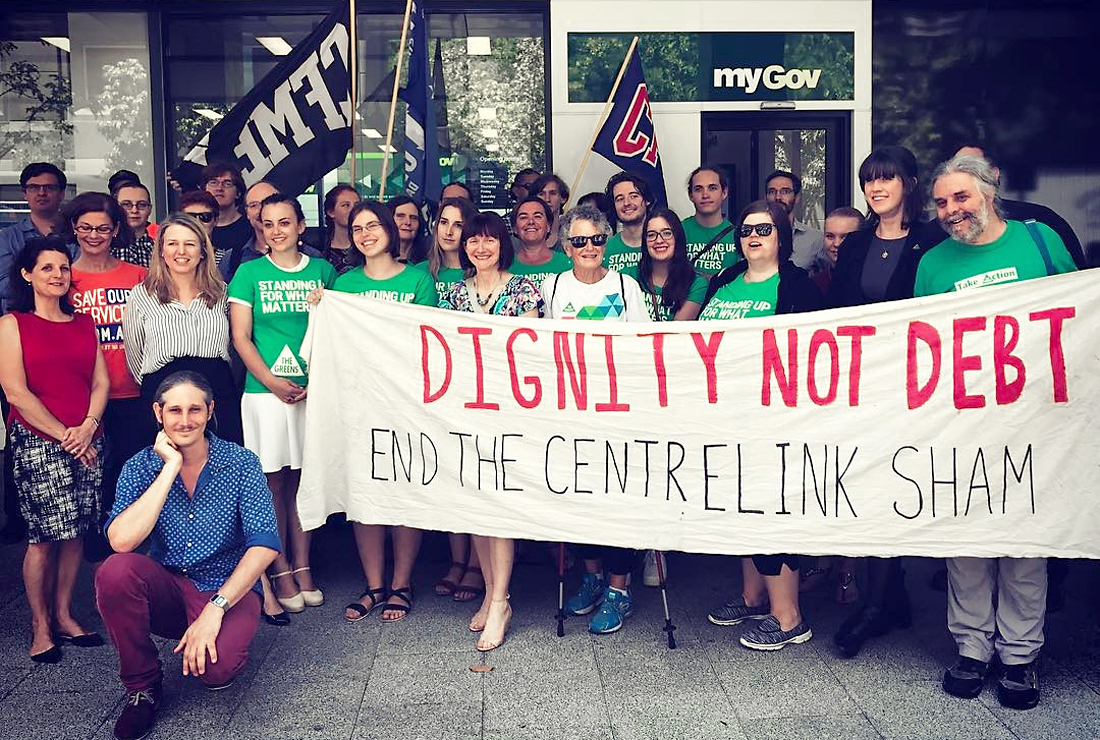 The cause of this disaster is the government’s new, error-ridden system for matching data with the Australian Taxation Office (ATO) in a plan to recover/extort $4.5 billion. One single mother’s $24,000 “debt” resulted from a system blunder in registering her employer’s name. A disability pensioner billed for more than $10,000 was actually owed $700.

Meanwhile, 5,000 Centrelink workers have been sacked. Overworked staff say the scheme is a mess.

The Community and Public Sector Union (CPSU) is inundated with complaints that management is bullying them to stay quiet. But there has been pushback. Whistleblowers have supplied the media with critical information. The CPSU has distributed leaflets letting clients know the workers are on their side.

This has the makings of a powerful union-community fightback. The Freedom Socialist Party and Radical Women are working to build this potential. The FSP’s Alison Thorne won unanimous support from other CPSU delegates for a solidarity motion to get behind unionists fighting the robo-debt. Unionists in other agencies, including the Australian Taxation Office, passed similar motions. RW members in Melbourne and Toowoomba, Queensland, are joining in rallies and leafleting outside Centrelink offices initiated by the Dignity, Not Debt campaign of the Australian Unemployed Workers Union.

The CPSU officially supports this campaign. But on March 20, on the eve of national actions, the union retreated due to legal advice that participation would constitute illegal industrial activity. This must be challenged — fighting for workers’ rights, on both sides of the welfare line, means breaking bad laws!