When Nanette Rogers spoke out about violence against women and children in Aboriginal communities, a string of Federal and State politicians made statements about the need to be tough on… Read more »

Yvonne Margarula, the most senior member of the Mirrar Gudjehmi clan, became a household name during the struggle to stop the Jabiluka Uranium mine in the Northern Territory. Margarula and… Read more »

Of Town Camps and Uranium Mines

When Central Australian Prosecutor, Nanette Rogers, appeared on the ABC’s Late Line program in May, she described in shocking detail sexual assaults and domestic violence being perpetrated in Aboriginal communities…. Read more »

Just a little over five years ago, Australia witnessed its largest ever protests. A quarter of a million Sydneysiders marched across the Harbour Bridge, and hundreds of thousands of people… Read more » 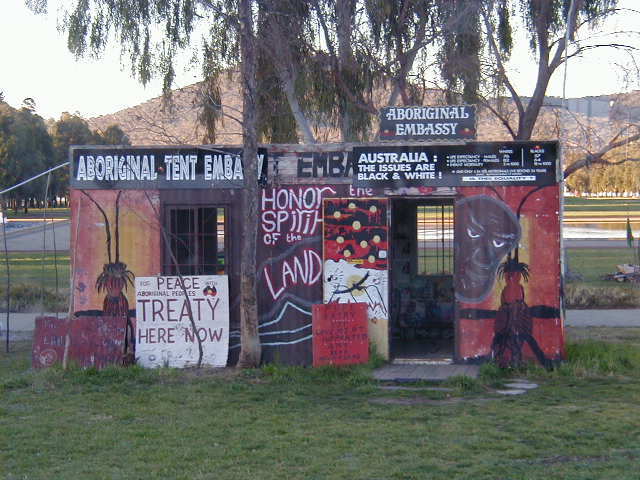 The National Indigenous Times calls the Aboriginal Tent Embassy “one of the enduring icons of Aboriginal dissent.” However, the Parliament of Australia webpage asks if the Tent Embassy “is an… Read more »

It is with reluctance that the Freedom Socialist Party — a socialist feminist political party with both Indigenous and non-Indigenous members — is putting forward this submission. We are reluctant,… Read more »

Her fans call her Monstar. When Monica Weightman steps up to the microphone, she and her guitar connect with everyone in the room. Her easy manner and rich, expressive voice… Read more »

Law change the tip of the iceberg It was great to read the article on provocation in the Freedom Socialist Bulletin. Rob Hulls and John Thwaites have made all the… Read more »

The fiery battle for Land Rights was the big news of the 1982 Brisbane Commonwealth Games. Footage of massive protests by Aboriginal people and their supporters was beamed around the… Read more »

Indigenous land is NOT for sale

The Howard Government has already announced its plans to attack working people through the combination of its anti-union laws and attacks on welfare. But unless faced with mass resistance, it… Read more »